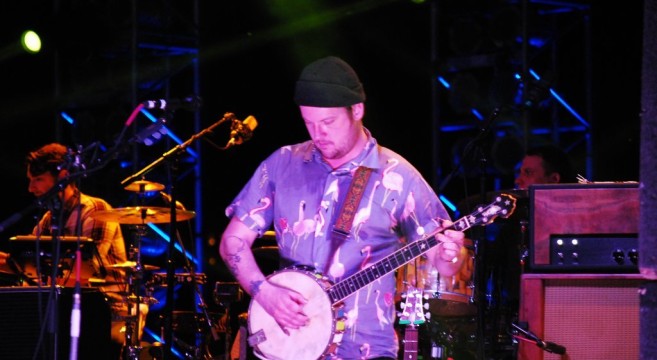 Curtis Hixon Park is an oasis located in the middle of concrete giants in downtown Tampa. Its stunning riverfront location was ideal for this weekend of arts and community.

Gasparilla was a very personal music festival. It was evident the local promoters and organizers are a not-for-profit organization. Just analyze the ticket prices! Early bird tickets were $40 for two days. Regular prices were $60 for two days. I felt like the value far exceeded the actual dollar amount paid for these tickets (and maybe that’s because I’m used to making someone rich off of my personal enjoyment for live music.)

Due to traffic delays on the way from Orlando to Tampa, I missed a few bands I was looking forward to, Thomas Wynn & The Believers, The Hip Abduction, and Hiss Golden Messenger, but Brian got there a little earlier and has photographs to prove it (at the bottom).

Everyone we encountered the first day had some sort of smile slapped across his or her face. The park was clean and handsome and spread out well. The Budos Band was jamming in the distance. I zoomed out for a moment and knew what I was seeing right away: I took a deep breath and exhaled positivity. This theme seemed to carry true the entire weekend, too.

Through the day and into the night I caught some of my most anticipated acts (Mutemath, The Gaslight Anthem, Dumpstaphunk, and of course Modest Mouse). I discovered new favorites, too (Dale Earnhardt Jr. Jr. and Roadkill Ghost Choir). One of our staff writers, Jason Earle, wrote me an email that stated, “Roadkill Ghost Choir blew my dick off and I wrote something just for my own personal enrichment at the very least.” How could I not publish something like that?!

When Mutemath took the stage, it was strange how little I cared about the lead singer or what he was doing during the set or. All I could focus on was the machine with human emotions that was thunderously stealing the evening sunset: drummer Darren King. The dude climbed up a ladder into the crowd to play a drum solo! I couldn’t get enough of him. I’m completely okay with that. 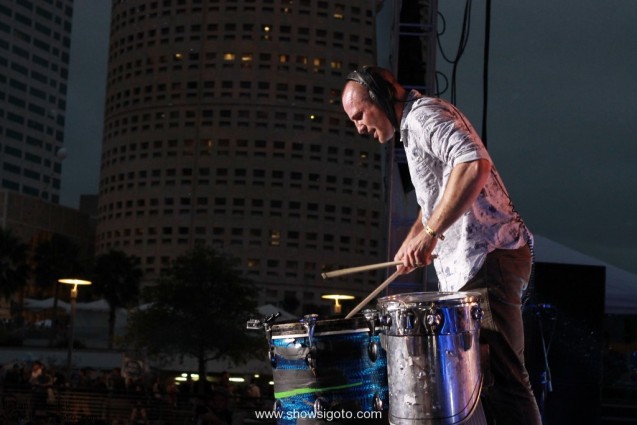 I had to check out the Silent Disco, which turned out to be a great addition under the stars. You were provided with wireless headphones and simple instructions: Volume on one side. Channels selection on the other. Channels were to select which of three deejays you wanted to listen to. Each channel made the headphones light up a different color. It was funny, too. Especially when you looked at couples dancing who were both listening to different deejays, wondering why they were having so much trouble getting in sync.

Before Modest Mouse took the stage, I danced along to the contagious energy of Dale Earnhardt Jr. Jr. then headed over the watch The Gaslight Anthem paint the crowd with some rock and roll. 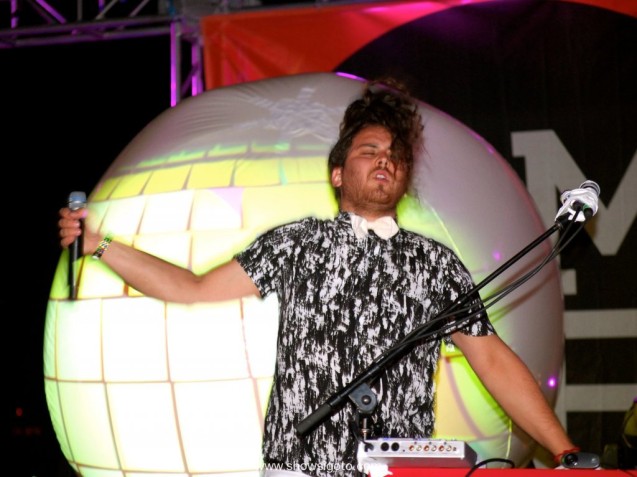 This was Modest Mouse’s first date of their tour supporting their new album, Strangers To Ourselves. They debuted several new songs for us. But the ending is what really made the night unforgettable for me: Modest Mouse played my favorite fucking song as their single-song encore. I freaked the fuck out. I’d seen them four times and they never played “A Different City.” Therefore, my expectations of them playing it were around the zero percentile. I will argue the fact that no one was happier than I was during that tune. I couldn’t even get a video because I was jumping up and down too much.

Martin and I made our way to The Hub Bar (“The Wally’s Of Tampa,” as Jessica says). I took him to Ybor to visit the infamous Castle. Yes, things got weird. After, we went to Orpheum and made our way back to the hotel. After missing breakfast, we made our way into the sunshine.

The Tampa bike valet was such a great idea! Brian and his girlfriend, Ashley, rode their bikes, checked them in, enjoyed the festival, and checked them out. Some of the best ideas are the simplest ones. This is one of those.

The second day had a Goldilocks-like perfection to it. There were beautiful people everywhere. It was almost overwhelming. I even wrote a something about someone I observed while Martin was struggling to stay awake:

“I’ve never seen grey-painted toenails. She wasn’t wearing a bra. Her olive dress was loose and tight at all the right places. The warm sun is kind to her.”

It was a relaxing day. We caught The Abyssinians delivering chill vibes to a slowly swaying crowd that released tiny clouds of smoke here and there. We grooved to the Hot 8 Brass Band, freaked out to Trampled By Turtles, and even caught a little bit of Geri X.

GoGol Bordello and his gypsy soul sprayed us with wine and sweat and we loved every minute of it. He was the wildest, craziest, highest note they could have possibly ended on before having us leave the park and festival. (I’m still waiting on him to come to Orlando because “Start Wearing Purple” is the Orlando City Soccer team’s theme song.) 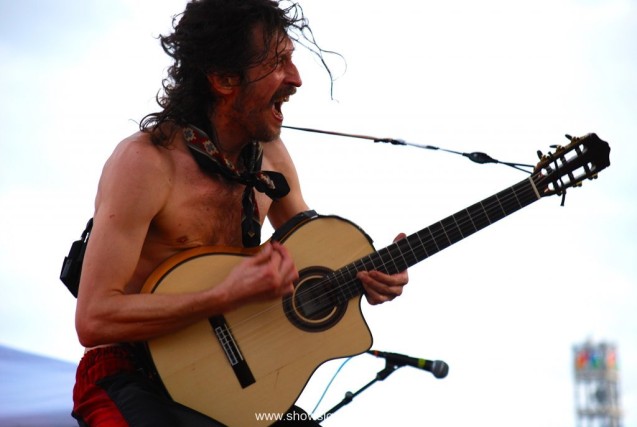 Martin and I’s weekend experience was nothing short of poetic. Drinking wine out of the bottle on the way home with Incubus blaring as loud as it could was really the perfect end to a perfect weekend. It’s strange how this much Shows I Go To has grown. Martin’s one of my first writers. When I found him, he was standing in the corner of my favorite downtown Orlando bar, Lizzy McCormack’s, writing in a Moleskin. I watched him for a while. He would pause and think about what he wanted to say. He was being particular with himself. Challenging himself, even. I had no idea if he was a passionate live music fan or not. I just knew I wanted him to be a part of this site. I knew I wanted to eventually come into work and see his man-bun in front of a Macbook writing, laughing, or anything really. I just wanted him there. I felt his energy and I liked it. When you pick up on someone’s energy, the connection is undeniable. Unexplainable. That’s your gut talking or your soul speaking. Either way, you know it’s right. Martin’s right. (Even if he disappears for two hours on a Sunday because I fed him too much of a “special” brownie. Whoops!)

We’ll all be at Gasparilla next year. It can’t come soon enough.