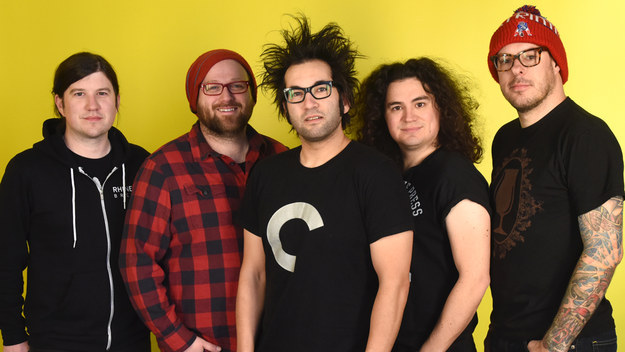 The band that triggered the birth of everyone’s emo alter-ego, also known as Motion City Soundtrack, will be making their way back into our hearts at House of Blues Orlando on Saturday, August 13.

For the span of nearly twenty years, Motion City Soundtrack has released six studio albums and toured various cities around the world. Their song “Everything is Alright” from the 2005 album Commit To This Memory is the first track that had me hooked and swooning over Justin Pierre’s vocals. Check out the music video below and become immersed in nostalgia:

The group, most notable for being a considerable influence on the pop punk music scene for over a decade, has stated that they are unaware of what their future holds but are done with music, for now, hence the tour’s title of “So Long, Farewell.” Although this news probably hits fans right in the feels, the opportunity to see Motion City Soundtrack live is still on the table. In addition, Brooklyn-based emo revival quartet A Great Big Pile of Leaves and indie rock band Rozwell Kid will be accompanying the band at the upcoming show in Orlando. Don’t miss your chance to say goodbye to our beloved boys on Saturday, August 13. You can’t spell emotion without “Motion” (City Soundtrack).

Want to win 2 Tickets to MOTION CITY SOUNDTRACK at House of Blues in Orlando, FL on Saturday, August 13, 2016?! There are several ways to enter!*