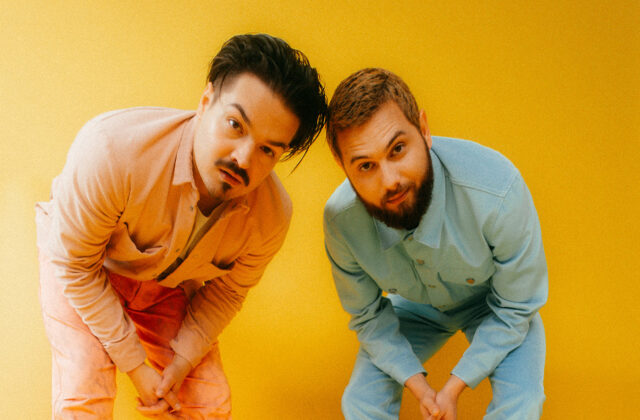 Deep in the heart of Germany sits a small city named Kassel; surrounded by sweeping mountains and lush green trees, it is home to one of the world’s most divergent and innovative music groups, Milky Chance. Milky Chance are finally touring again and have two dates in Florida; the first on December 7th at the House of Blues in Orlando (GET TICKETS HERE), and then on December 8th at the Ritz Ybor in Tampa (SOLD OUT! WIN TICKETS BELOW!). Formed in 2012 by Clemens Rehbein (vocalist and guitarist) and Philipp Dausch (bassist and percussionist). With the newly formed band, the two came together and released their first song, “Stolen Dance,” in 2013; it would go on to be a smash hit, and as of today “Stolen Dance” has 740 million views on YouTube. A few months after the release of “Stolen Dance” Milky Chance debuted their first studio album Sadnecessary. Containing the first two singles the duo released, “Stolen Dance” and “Down by the River,” the album was instantly popular, peaking at number 14 in Germany and 17 on the Billboard 200 chart. Following the release of Sadnecessary, the German pop group began a worldwide tour, with their first show in America at the Bowery Ballroom, to a sold-out show.

The second album to come from Milky Chance, Blossom, came in March of 2017. Featuring two new band mates, Antonio Greger (guitarist) and Sebastian Schmidt (drums), the album reflected on the bands travels on the nearly two yearlong world tour and being back at home with the new found fame. Growing off the Sadnecessary, the band stuck gave more emotion and used less samples as they expanded who they were as creators. In 2019, Milky Chance released their third and at the time, most daring album yet. Full of collaborations and new sounds, Mind the Moon, was a fresh take on what brought the band to stardom with a fun pop sound filled with hypnotic sounds and melodies you don’t want to end.

On November 3rd, Milky Chance released their fourth studio album, Trip Tape. A daring blend of electric beats and warm vocals that go together so naturally; featuring a very fun twist on the song “Tainted Love.” For a band that has spent a large part of their career on tour, this is not a show that anyone will want to miss; with a catalog ten miles deep of fun pop songs and a new album that truly will get you up and dancing with them.