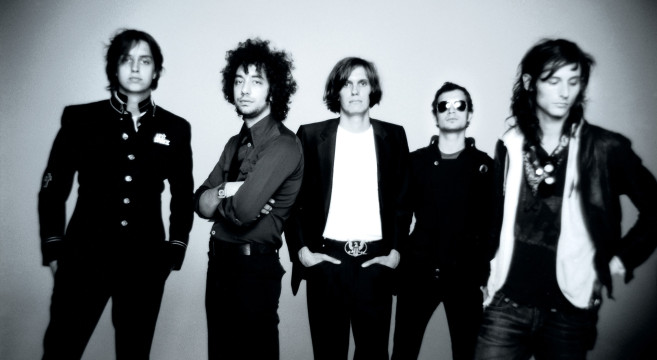 Big Guava 2015 is coming at you fast! This two-day outdoor music festival is one that our team has been looking forward to ever since the lineup was announced. On Saturday, May 9, 2015 there will be an tremendous mix on bands to party to all day long (win tickets to Saturday below). Here’s the full lineup (there’s a lot), featuring some of our favorites. (Win tickets to Friday Here).

The obvious headliner everyone in Florida is super stoked about is The Strokes. This will be The Strokes second show of 2015! (First being the day before at Shakey Knees fest in Atlanta.) Surprising, in all my travels, I’ve never seen The Strokes, so I’m stoked.

Ever since The Strokes’ 2001 release, Is This It, the band has been shaping the face of indie rock around the world. Many consider Is This It one of the greatest albums of the decade (2ooos). Here’s the classic, “Last Night,” (they’re so young in this video).

If you’re a Pixies fan, I need say no more. However, in case you’ve been living under a dumb rock for the past three decades, The Pixies influenced just about every band you listen to now, including Nirvana, Radiohead, Weezer, and yes, The Strokes. Here’s the album you should listen to (the whole thing). It’s called Doolittle. Next, listen to Surfer Rosa. 🙂

TV On The Radio.

You’ll find me right against the stage for this one. This is a beautiful band to watch. The 2014 release, Seeds, featured one of the best videos of the year for the song, “Happy Idiot,” (it’s a hit, too!). TV On The Radio’s 2006 release, Return To Cookie Mountain, is what turned me on to the band initially. Once they released the single, “Wolf Like Me,” the dance party was in full motion. Listen below and practice your dance moves for Saturday.

This Irish dude has been stealing girls and boys hearts non-stop over the past year with his hit, “Take Me To Church.” This is the band to make-out with a stranger to on Saturday.

This band continuously produces great music. Each single seems to be on the cusp of them blowing up to super stardom. The “cusp” is a nice place for a band to be when you’ve been a fan for years (you get to see them in more intimate venues.) Here’s one of the songs that kicked them off to the right start, “Hang Me Up To Dry.”

In the past 12 months, it’s been near impossible to keep this band off of our radar. Their album, Run The Jewels 2, landed in several of our team’s Best Albums of 2014 and on many, many lists all around the world. They even got Rage Against The Machine frontman, Zack de la Rocha to perform on one of their songs which, not surprisingly, ended up being a single. I’m not sure what their live show is going to be about but I’m sure as hell not going to miss them.

Star of the online TV show, “Fuck That’s Delicious,” Action Bronson proves he’s the dude you want to chill on the couch and smoke with. Not only is he hilarious, he’s a damn good performer and creator. Check out this crazy shit:

At first I didn’t recognize the name. Then, I listened to his single “Retrograde.” Oh yeah, here’s your second chance to make-out with some stranger, because this shit is sexy.

A Silent Film has a song that tells one of the best stories I’ve heard in a long time. “Danny, Dakota, and The Wishing Well,” is a beautiful love story that ends tragically, like everything. This is the perfect band for a sunshine lit Saturday afternoon.

I am completely sold on Zella Day. After hearing her gypsy-esque, sultry tune, “Hypnotic,” I couldn’t get enough of her and her voice. I’m going to go ahead and call this as the sexiest performance of Big Guava 2015.

Banks would fall in the #2 slot of the title of “sexiest performance.”

Additional support on Saturday, May 9 at Big Guava Fest from:

Want to win 2 Tickets to BIG GUAVA FEST – DAY 2 ONLY (SATURDAY) at The Florida State Fairgrounds in Tampa, FL on Saturday, May 9, 2015?! There are several ways to enter!*

Buy Tickets to BIG GUAVA 2015 HERE! (You can always give them to someone else if you win)