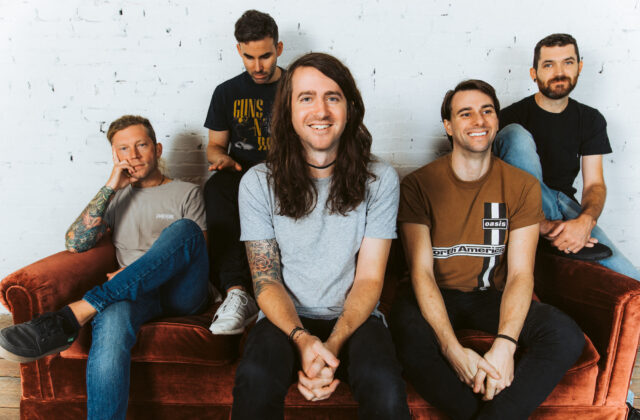 Many bands have been formed and attempted to succeed without any label support, it is a grind, a constant effort to make something bigger than just you, while not leaving the music behind. This attempt, this leap of faith, is not for the faint of heart, not for the weak, but Mayday Parade is anything but weak. From the opening song “Just Say You’re Not into It” on their debut EP Tales Told by Dead Friends released in 2006, you can tell that Mayday Parade is very serious about who they are, and what they want to be; a rock band released from all strings, focused on playing as hard and as loud as they could. Their debut EP Tales Told by Dead Friends sold over 50,000 copies and garnered a huge following after walking around Vans Warped Tour selling the album. Having signed to a label in 2006 following their success of Tales Told by Dead Friends, the band walked into the studio and came out with A Lesson In Romantics; released in 2007, it was the band’s first studio album and a testament to how far they had come, and how much further they had to go. A Lesson In Romantics carried all the energy and momentum of their EP and showcased just how hard they were willing to work.

It would be two more years before the world would get another Mayday Parade album; the long awaited return was brought with Anywhere But Here. A softer album about love with deep cutting lyrics and hard light hearted rifts that made anyone who listened sing along.

Over the next nine years, Mayday Parade would release four more albums and go on several tours, bringing their hard hitting rock to many fans. In 2021, Mayday Parade released their seventh studio album What It Means To Fall Apart, a 12-song melody about the life the band has had, the struggles they have overcome and the pandemic that has plagued us. The new album is just as hard hitting and deep as their first album, and has the same energy that brought them so many fans in 2006. As the band sets to tour, they will be in Orlando on February 11 at the House of Blues and in Tampa on February 12 at the Ritz with Real Friends and Magnolia Park will be opening for Mayday Parade.

This is a show that no one will want to miss as they rock their way through Florida, playing their new album and some old stuff too. Make sure to check them out while they are in town, and enjoy a piece of emo/rock history while they are still playing.

We’ve teamed up with Live Nation FL & No Clubs to give you a chance to WIN GA Tickets to Mayday Parade at either House Of Blues in Orlando on February 11, 2022 OR The Ritz Ybor in Tampa on February 12!