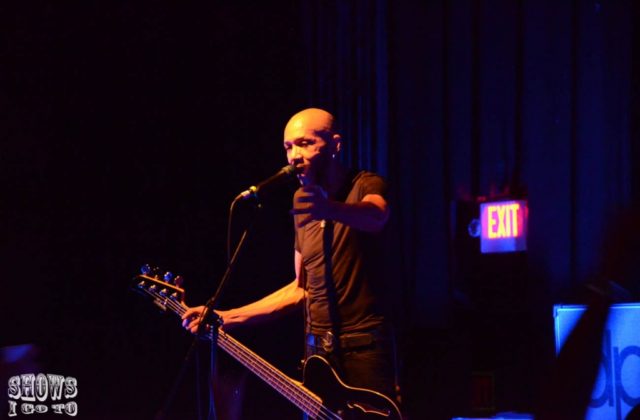 It was the summer between 9th and 10th grade. I was 15-years-old and had borrowed a CD called Dogman by a band called King’s X from a good friend before leaving town for the summer. This was back in 1995, so the only way to listen to music was by CD, cassette tape, or the radio. King’s X didn’t really get radio play, so I had discovered the band by the same friend who lent me the album. I had heard the album not long after it was released in 1994, but didn’t really get to dig into it until the following summer when I had lot of free time on my hands.

That summer was a rather unpleasant one for me personally. Having grown up on the road and constantly traveling, I was trying to pressure my parents into settling down so I could continue high school in Altamonte Springs, FL, where I had attended 9th grade. My dad decided that our family would stay with some friends for the summer out in the middle of nowhere in the woods near Ocala (we were always financially impoverished, and frankly needed a place to stay) and figure out if our family was going back on the road or back to Altamonte. While I was praying for the latter, I spent those 3 months that felt like an eternity pretty much isolated from the outside world. There were no other people anywhere near where we were staying, no forms of transportation to use, and nowhere to go. Most of my time was spent cooped up in a house with our hosts (who were awesome people, thankfully), my parents, and my much-younger brother and sister. As an extrovert, the lock-down status of life was much like a prison sentence. I fought for my sanity most of the time. My siblings were usually monopolizing the TV with little kids’ shows, so there was nothing to do but read or listen to music. Guess which one I did more? If it were possible to wear out a CD, I would have done so with Dogman. I listened to it 3-8 times a day for a couple of months straight. When I was bored of sitting around and contemplating the severity of my depressing existence, I would put on my headphones and go into another reality. My Discman was my only prized possession, and it was a lifesaver. I came to know every note, chord, beat, and groove of Dogman with the utmost intimacy. To this day, I can recite and play most of the songs purely from memory. Doug Pinnick’s vocal melodies and the band’s three-part harmonies connected directly to my spirit. They are full of passion, pain, struggle, and ultimately, empowerment. Their vocal approach, especially harnessing the power of the harmonies, has heavily influenced my own bands’ vocal arrangements as an adult. The song “Flies and Blue Skies” is a perfect example of the palpable struggle of human existence captured by voices:

I’d never had the opportunity to see King’s X play until the evening of November 12th, 2016, at the State Theatre in St. Pete. We all have bands/albums that connect us to the core of our existence and sense of self. King’s X is one of mine. Needless to say, I was excited and full of expectations.

Thick, meaty rock grooves are what this band is known for. Some songs remind me of Black Sabbath or Black Label Society. Their bass tone, solid pocket groove drumming, and chunky guitar riffs combine with vocal arrangements to create a sound that is both full of soul and heavy as can be. That’s one of the reasons I fell in love with them so long ago: they’re so heavy but still singable. Unlike a lot of bands with heavier sounds, you can still understand and connect to the vocals. It’s not all indecipherable screaming and Cookie Monster growling. These songs are actually sung, making them exponentially more accessible. From the first song, the whole crowd was singing along. And lucky for me, the second song of the night was “Pillow,” one of my favorites from Dogman. This song grooves so hard, and Doug let the enthusiastic crowd sing most of the words for him.

Doug (bass and vocals), Tye Tabor (guitar and vocals), and Jerry Gaskill (drums and vocals) have been operating under the band name King’s X since 1987, with the project’s roots dating back to 1979. Longevity in the music industry is absurdly difficult to attain — the fact that they continue to tour is a testament to their ability to work together and the demand of a fan-base that is now multi-generational. Doug thanked all of the long-time fans (most of which were in their 40’s-50’s) and even asked “where did you all youngin’s come from?” to a pack of twenty-somethings near the front of the stage. Thirty plus years is a long time to make records and tour, and I was happy to see so many fans of different ages.

The band continued to throw down a set full of career-spanning tunes to a constantly enthusiastic audience. It was surreal to finally see them play after being a fan for over two decades. One of my favorite things about the experience was witnessing the band’s genuine emotional connection with the crowd. They showed a lot of appreciation to their fans for their support and maintained communication with the crowd throughout the show. Doug passed his whiskey bottle to the fans right up front and told them to keep it.They really were not rockstar-ish at all. They were more like friends you’ve known your whole life that just so happen to be in an amazing band.

Before they immediately went to the meet-and-greet table to spend time with every person who wanted their attention, they finished their set encore with the title track to Dogman. It was a perfect finish: high energy, uplifting, and hard-rockin. The whole room sang it with everything they had. It was the first of their songs I’d ever heard. Everything had come full circle.