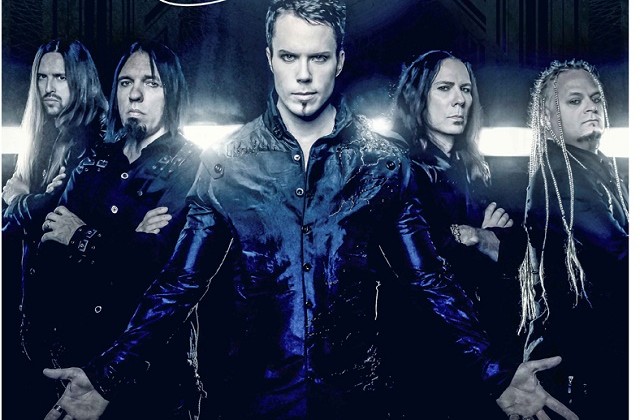 This will be a special stop on the tour as Kamelot was originally formed in Tampa back in 1992 by guitarist Thomas Youngblood and former drummer Richard Warner. In 1997, Warner and singer Mark Vanderbilt were replaced and the band welcomed new and current drummer Casey Grillo and former Conception singer Roy Khan who was with the band until 2011. The band then changed course from their more sinister and soulful sound of their recent 2007 album Ghost Opera and their 2010 album Poetry For The Poisoned, and returned to the melodic aspects of their multi-layered sound found on their 2012 album Silverthorn with the addition of new vocalist Tommy Karevik (formerly of Seventh Wonder). Original bassist Sean Tibbets returned to the band in 2009, and Oliver Palotai joined in on keyborads in 2005. Their latest album Haven was released in May 2015 and is the band’s eleventh studio album.

Get Tickets to KAMELOT & DRAGONFORCE in TAMPA HERE!

Check out the official music video for Kamelot’s song “Insomnia” off the new album, which Napalm Records describes as “In a post apocalyptic world, surveillance is everywhere and over population is rampant. Deep in the underground of the Wasteland Monarchy lies the Insomnia Division, the housing for some of the chosen ones, only allowed to live in an insomniatic state.”

DragonForce has been going strong for over 15 years now and released their most recent album Maximum Overlord in August 2014. They have matured and reimagined their aspirations with magnified momentum and increased intensity. The album was recorded over a period of six months in various locations and featured one guest with Orlando’s own Matt Heafy of Trivium on three tracks. Another first on the album is the fact that the band have done a cover: Johnny Cash’s  “Ring of Fire.” The line-up on this album is the same as the one responsible for their 2012 album  “The Power Within” consisting of vocalist Marc Hudson (who made his recording debut in 2012), Vadim Pruzhanov on keyboards and Frederic Leclercq is on bass. Dave Mackintosh played drums on the album but has since left the band and was replaced by Gee Anzalone. Also on guitars is Sam Totman and Herman Li.

This past summer in July, DragonForce released their debut live concert video on DVD / BLU-RAY entitled “In the Line of Fire… Larger Than Live” which features high definition footage from the band’s headline show at 2014′s Loud Park Festival in the Saitama Super Arena in Japan. Using multiple camera angles, the video captures the raw energy and instrumental dexterity for which they are rightly celebrated worldwide. Catch a glimpse of what’s in store this Saturday at The Ritz Ybor with this live performance of “Black Winter Night.” 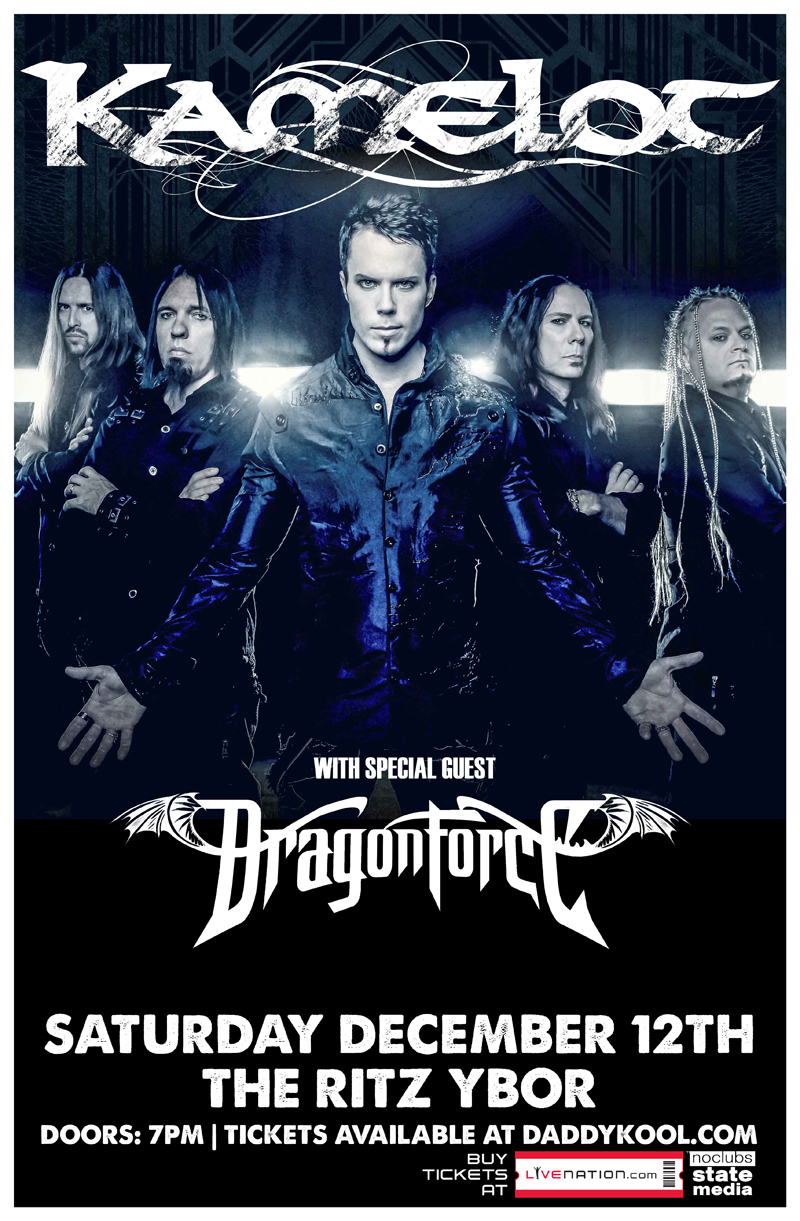 Want to win 2 Tickets to the KAMELOT & DRAGONFORCE at The Ritz Ybor in Tampa, FL on Saturday, December 12, 2015?! There are several ways to enter!*

Step 1: Fill out the entry form.

Step 2: Complete one of the tasks below*

TAMPA! Are you ready for KAMELOT + Dragonforce this Saturday night at The RITZ Ybor?! :DBUY TIX >>> http://ow.ly/VJEqj…

Get Tickets to KAMELOT & DRAGONFORCE in TAMPA HERE!(You can always give them to someone else if you win) 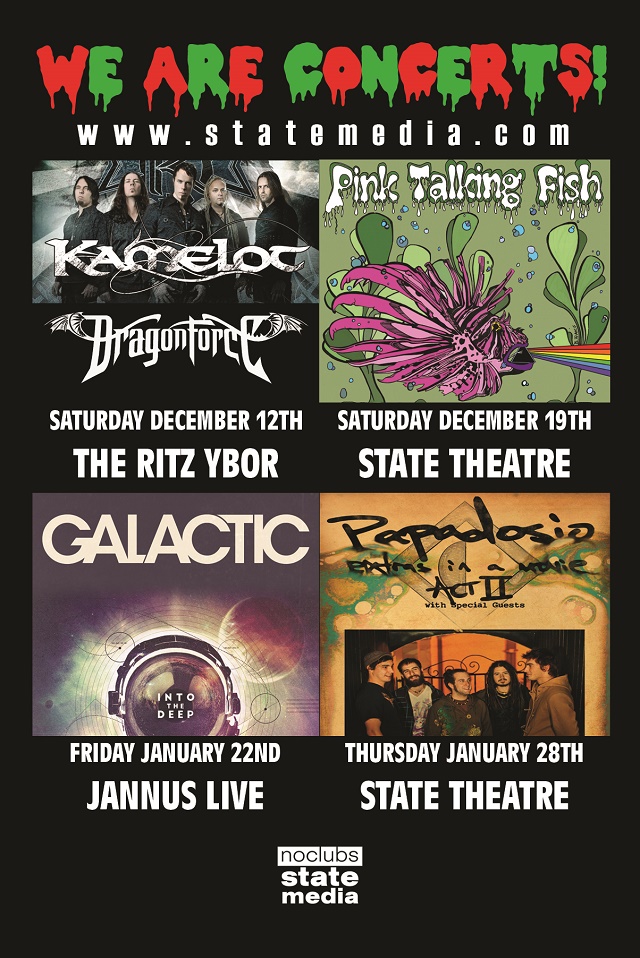