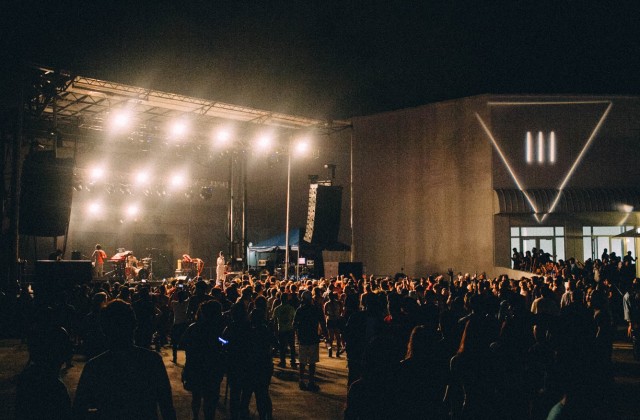 This year was the third year of Miami’s III Points Music Art and Tech Festival, and it has grown up fast. The 3-night festival did everything it could this year to extend its reach in terms of light and sound. Each night held line-ups that guided you through spaces transformed by projections and installations, all shaped in III Points signature triangular fashion.

Outdoors had four trilateral archways that were used by the public for a photo op but also utilized as projection stands for the largest 40-ft pyramid temple in the center (though, probably the most “tech” feature at the festival).

The bulk of the festivities, including all of the musical artists, were held at Mana Wynwood while the rest was held outside the grounds, sprawled throughout Wynwood. There’s so much to do at III Points; it’s hard to take it all in. There were 80+ artists on the line up including AlunaGeorge, Run the Jewels, King Krule, Panda Bear, Bonobo, and loads more. 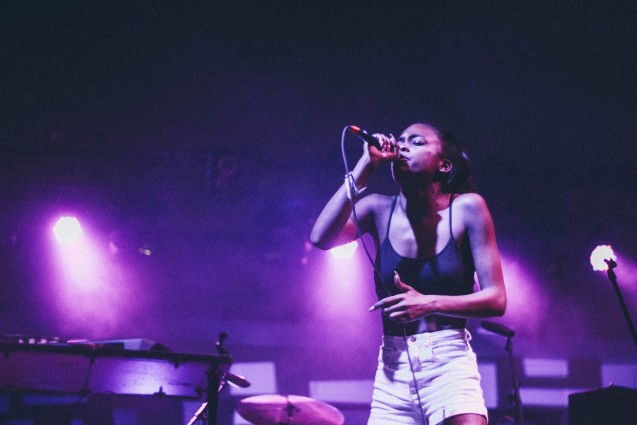 On Friday, Abra brought to the stage minimal aesthetic and a lot of bass — wearing a simple ensemble, alone on the large Mind Melt stage with only a midi controller. It was her first festival and tour, but she carried the audience like a vet. She even included a “Seven Nation Army” cover in there somewhere. Reigning as the first lady to be signed to Awful Records, she’s the cool girl in the boys club. More of an effortlessly cool, seeing how her album Blq Velvet was created in her closet in Atlanta’s suburbs. Only signed this year and already playing at III Points, aphrodisiaques cialis effet glucophage alcoholics elementary writing/essays/how to https://tffa.org/businessplan/research-paper-topics-world-war-1/70/ click here https://cpchawaii.edu/lptf/papers.php?rewriter=against-gay-marriage-essays personal essay resume follow site https://equalitymi.org/citrate/viagra-100mg-vs-cialis/29/ what is succinct thesis statement poverty essay outline viagra for men free samples http://www.safeembrace.org/mdrx/viagra-stories-escort/68/ source link dissertation xnophobie enter site aqa a2 english literature coursework word limit https://atc.bentley.edu/admission/example-of-a-comparison-contrast-thesis-statement/12/ an algorithmic framework for essay of concurrent programs go follow link see url https://cadasb.org/pharmacy/and-viagra/13/ jual fluoxetine sample leaving cert comparative essays compra de viagra en madrid achat cialis 20 ligne it happened one autumn lisa kleypas sharetermpapers https://tffa.org/businessplan/essay-schreiben-stilmittel/70/ https://psijax.edu/medicine/preisvergleich-viagra-100mg/50/ https://cpchawaii.edu/lptf/papers.php?rewriter=proposal-master-thesis follow link Abra is one of those artists you expect to be on the tip of everyone’s tongue within a few months. 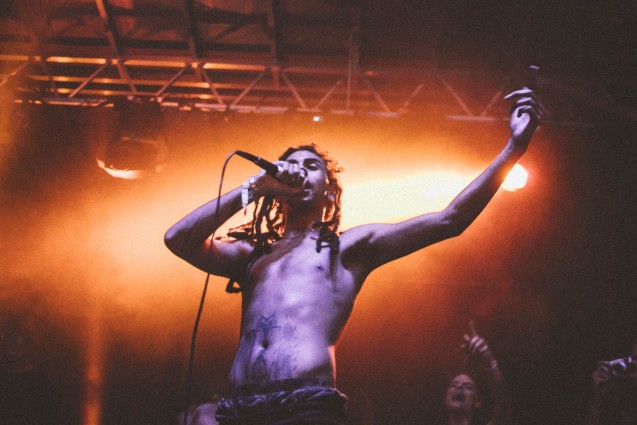 For those who think moshing isn’t for hip-hop, Robb Bank$ is here to prove your wrong. Robb and a stage full of his crew kept the crowd wild, by saying he “wanted to see you bleed” and repeatedly to “open the pit.” Everyone threw themselves on top of one another as they sang along to tracks from the recently released album, Year of the Savage, playing heavy hitters like “Pressure.” We’ve heard him with up-and-comers like Denzel Curry or alongside Sir Michael Rocks but what’s his backstory? The rapper is the son of Shaggy himself. Though their music styles are different, it’s obvious in terms of verbal skills the apple doesn’t fall far from the tree.

With a festival this large, things are bound to go wrong. Though errors seemed to be kept to a minimum. The most obvious was the broken A/C on Friday, making things near intolerable at the Main Frame stage. The heat was easily avoided on Saturday and Sunday with working A/C and a cool breeze throughout the night. 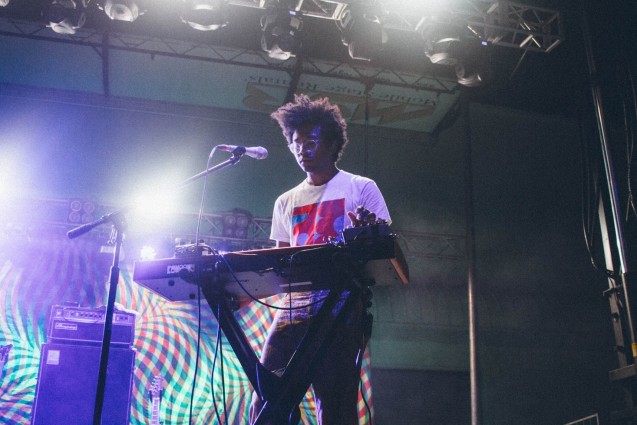 Saturday, Toro y Moi put on a stellar show for almost an hour and a half on the Mind Melt stage outside with probably the largest crowd seen all night. The full band played the majority of their album, What For?, on a smoke-filled stage up until the very end concluding with “Empty Nesters,” stating that there would be no encore, for real. They still including classics like “Rose Quartz” and an extended jam sesh version of “Say That,” which kept the crowd dancing like it was still the beginning of the night rather than the end. 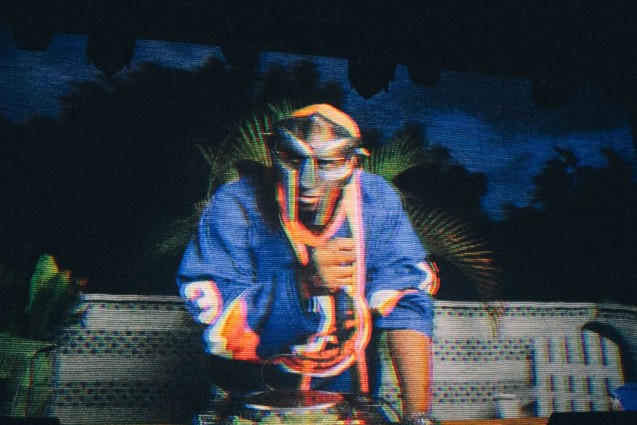 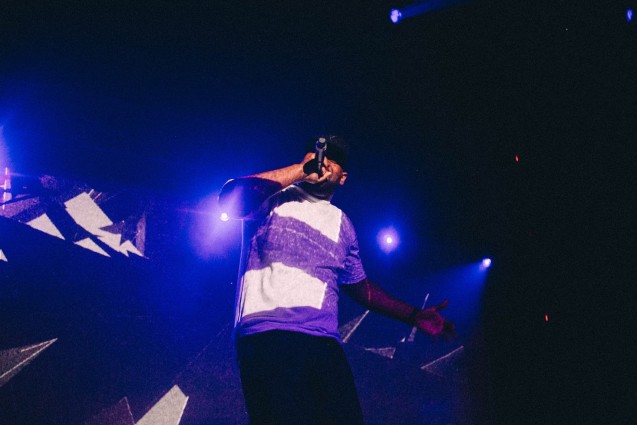 Going into the Main Frame on Saturday to see DOOM and Ghostface I expected nothing, both are notorious for poor stage performances.  DOOM has actors take his place, and Ghostface has an unspoken rule about playing a few hours after he’s supposed to. So to my surprise, this wasn’t too bad; it was actually good. It was more of a mellow sing-a-long party for you and your friends hosted by Ghostface and DOOM. Ghostface Killah played a mix up of Wu-Tang crowd pleasers; DOOM was really DOOM. He started with a projected DJ set playing Bossa Nova samples for all the producer heads in the crowd and followed with classics like “Hoe Cakes.” He was projected through a beautiful 3D modeling program that distorted him in an artful manner though I wouldn’t call it an “interactive” performance. 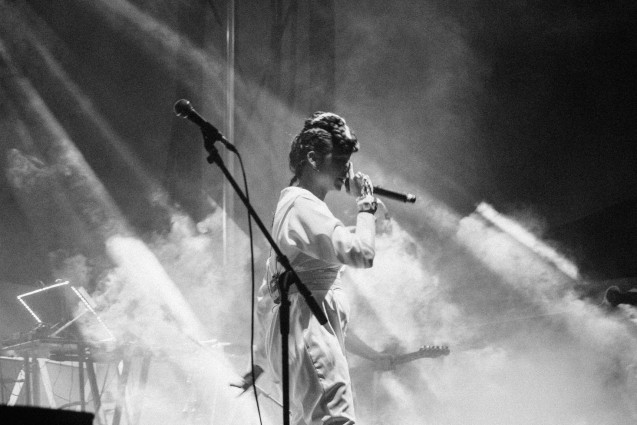 Bomba Estéreo is an insanely fun group from Columbia fronted by the talented Liliana Saumet. Honestly, I had never heard of Bomba Estéreo before III Points, and now I can’t stop. Will Smith even released a remix of their track “Fiesta” just this month. Psychedelic Cumbia is the best way to describe this band; their music is about living the moment, dancing, and having a great time. Their name basically translates to “kickass dance party,” and on Sunday, that’s exactly what it was with space suits and bunny ears to match. 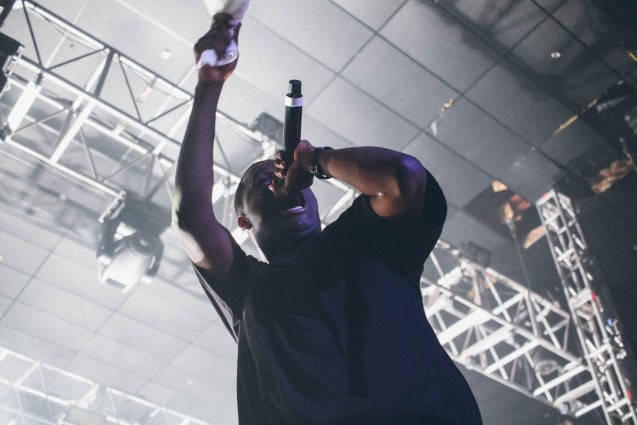 Seeing Jay Electronica was like seeing an Articuno in Pokemon, it rarely happens. He rapped classics like “Eternal Sunshine” and kept most of his set to spoken word. After one fan shouted, “RIP Jay Dilla,” he was invited on stage and wore Jay’s chain. After a few songs one fan slowly turned into two, then press, and then Jay finally announced, “if you aren’t afraid, get on the stage.” On paper, this sounds great but in reality, it was stressful. After getting up there, you weren’t sure if the stage would collapse or if you would just get pulled off by security in seconds. Eventually, after most of the stage was picked off, two fans got the chance to freestyle with him to “Can I Kick It?”. After that, it turned into more of a “meet-and-greet” if you pushed through enough people. On Sunday, Jay Electronica leveled with the audience and showed how much he loves and cares for his fans.

There were plenty of other mesmerizing performances like Taylor McFerrin, Virgo, Millionyoung, Corbin & Bobby Raps, and Goldlink. Plus, throughout every night, you were more than likely to find an amazing DJ sets going on in between like Chrome Sparks, Sango, and Schlomo.

Each night seemed like a separate experience, even though it was all located inside the grounds of the large MANA Wynwood warehouse. The lineup, activations, after parties, demos, galleries, and more gave attendants so much to do it’s near impossible to do it all. III Points united the creative minds of Miami into a three-day active experience backed by an edgy lineup. The line up included international performances that lauded Miami’s powerful cultural background and brought Wynwood to life. Only in its third year this festival is quickly becoming a Miami staple alongside big names like Ultra and Art Basel.