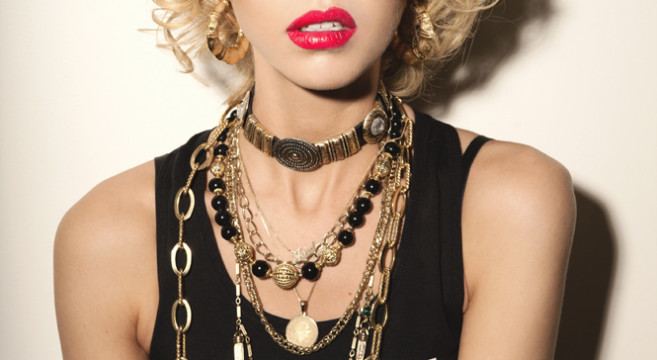 Lil Debbie is not new to the game. She used to collaborate with Kreayshawn, is on Rihanna’s style radar, and has a beef with Miley Cyrus because she took the “ratchet” persona that Debbie created first in a song and video of the same name.

All that said, Lil Debbie is not following in the steps of anyone else. She is slashing through the bullshit of the music business like a silent, rhyme spitting, sassy ninja and not sweating anyone else along the way. In “What It Look Like”, she states “I don’t give a fuck, I’m just living life bitch, I’ma live it up” and she sure is.

Each track brings its own party whether it’s rapping matter of factly about hooking up over a smooth beat on “$lot Machine” (“I just wanna see you get naked / Like a hunnid dollar bill, gone and break it / Give it to me, til I can’t take it“) or throwin’ shade to her haters on “Killin’em” (“You nothin’ and I made it / I’m poppin’ and you hate it“), there’s more gold here than can fit in Mr.T’s safety deposit box. Lil Debbie will be doing her thing this Sunday at the Backbooth and it shouldn’t be missed because there’s no better way to end a weekend than to party with a sweetheart that takes no prisoners.