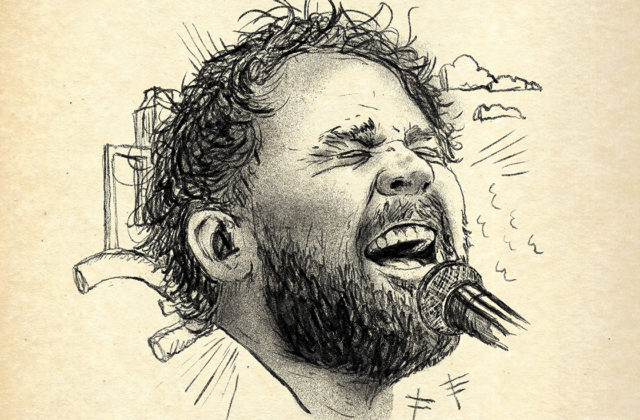 “I don’t think people come to a Frightened Rabbit show to feel sad!”

This is something I wrote a few weeks ago — 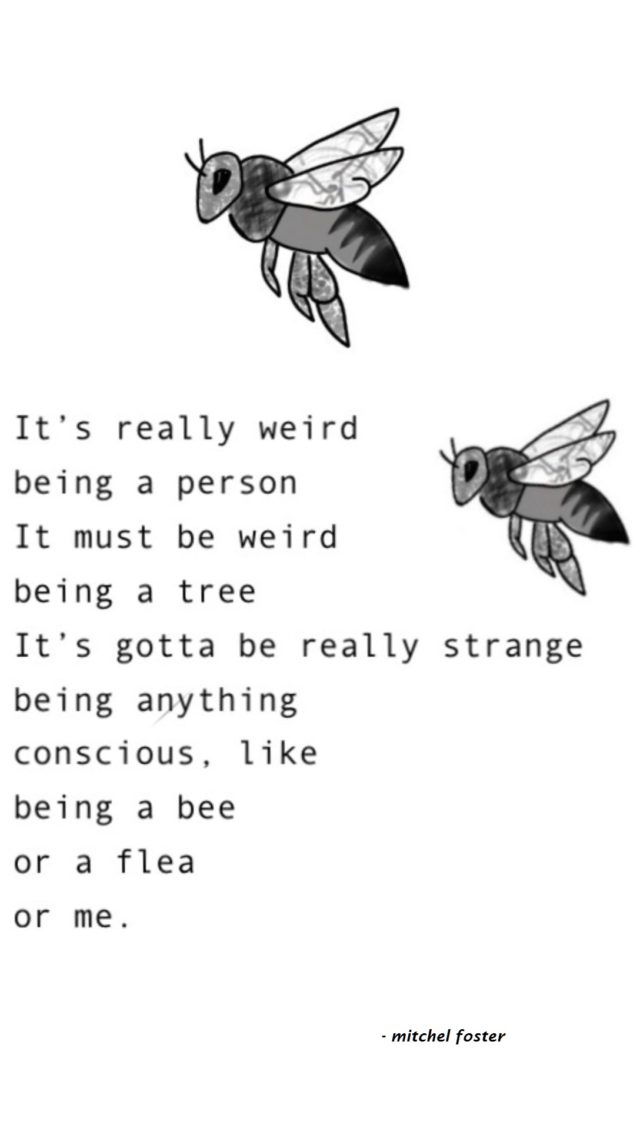 It’s gotta be really strange
being anything
conscious, like
being a bee
or a flea
or, me.

If you think about suicide too, I want you to know you’re not alone. I practice tying a noose every time I have a severe breakdown. For some reason, it calms me down. Maybe it’s knowing I have the power. It all feels so real; surreal … Finally, something in my control, unlike my bank account. But talking about it helps. Writing about it helps. It’s the reason why I started Shows I Go To — to save my life. It saved my life.

On Thursday, July 19, 2018, we’re coming together to honour and celebrate Scott Hutchison. We’re performing about thirty Frightened Rabbit songs with a room full of friends.

We’ve teamed up with To Write Love On Her Arms, a 501(c)3 mental health awareness organization for this event. Aaron Moore will be onsite representing TWLOHA and providing resources for us. You can learn more about Aaron and Solace Counseling here.

Donate to To Write Love On Her Arms HERE <3 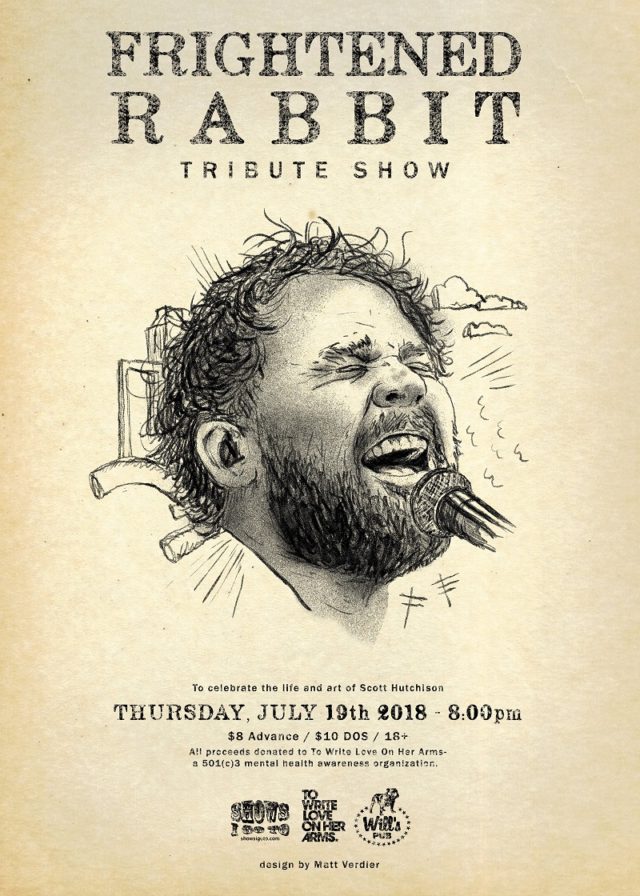 It’s 2013 and the Beacham is freezing, per usual. An early show on a mid-October Saturday and I’m meeting my best friend at Lizzy McCormack’s across the street. This is the last time Frightened Rabbit performed in Orlando.

It’s December 2016 and I’m facing defeat. My plan is to take the train to Brighton from London to catch Frightened Rabbit perform while I’m overseas. I’m almost out of money. Fuck. This isn’t going to work. Regret sinks in.

It’s May 2017 and my birthday was two days ago. I’m in Boston and just saw PUP. Frightened Rabbit is next, in a field at Harvard. I’m alone. I’m close to the stage. It’s everything. This is the last time I will ever see Scott.

It’s Thursday night, May 10, 2018. Scott Hutchison’s body is found in the Port Edgar marina between the Forth Road Bridge and Queensferry Crossing.

On Frightened Rabbit’s song “Floating in the Forth,” from 2008’s The Midnight Organ Fight, Scott sings,


And fully clothed,
I float away.
Down the Forth,
into the sea.
Am I ready to leap
Is there peace
beneath the roar
of the Forth Road Bridge?”

“Were there any moments that were particularly hard to re-learn or perform?
There was nothing that I wasn’t going to be able to do, but absolutely “Floating in the Forth” was a real tough one. It’s a real thing. It’s a real thought. It’s a thought that I’ve taken to a place that I’m far less comfortable with… I’ve gone 90 percent of the way through that song in real life. But at the same time it’s gratifying. It’s heartening to know that I’ve been through that, and I’m stood there performing that song, alive and feeling good about it. It’s a tough one. My mum and dad were at the show in Glasgow. We can joke about it, but it must be really hard to hear your son sing about that.

How are you doing now?
Pretty fine. Middling. On a day-to-day basis, I’m a solid six out of ten. I don’t know how often I can hope for much more than that. I’m drawn to negatives in life, and I dwell on them, and they consume me. I don’t think I’m unique in that sense. I’m all right with a six. If I get a couple of days a week at a seven, fuck, it’s great.”