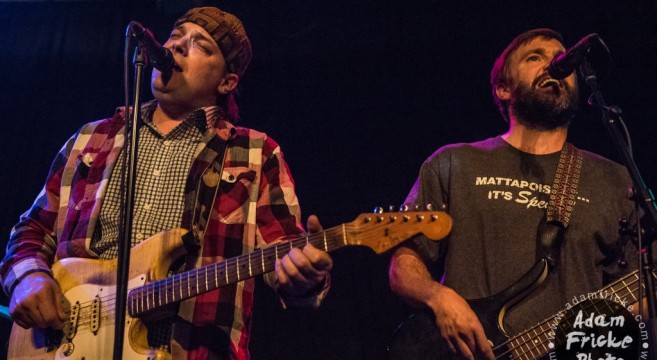 As I walked into The Social on a cool Wednesday night, warm with a belly full of Guinness from Lizzy McCormack’s, I realized three things: 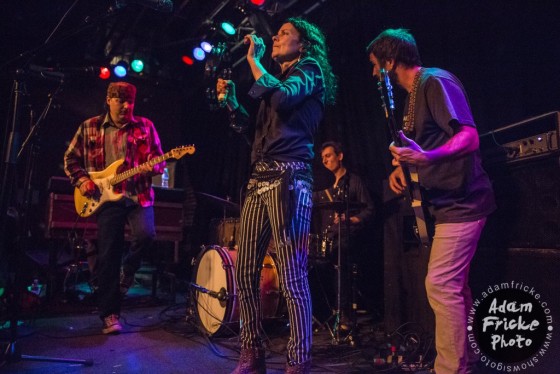 All three observations made me a little uneasy (although the refreshing cover of Outkast’s “Hey Ya” being preformed by opening band, The Hindu Cowboys, made me feel a little more at peace). I was concerned that, despite my love for folk-rock, I wouldn’t be on the same page as people belonging to a different generation. I felt guilty for not knowing a single tune from Donna The Buffalo’s ten album career. I felt even worse when my feet started moving without my brain giving them permission.

All qualms were quenched as I settled into a pit full of friendly faces dancing to these Hindu Cowboys as they appropriately got us saddled up (I don’t apologize for puns) for Donna The Buffalo’s set. Nothing says folk like a stand-up bass being twirled effortlessly three feet in front of a skillful lap steel guitar player. By the time they wrapped up, everyone in the room had shaken off the cobwebs on their dancing shoes and were anxiously awaiting for what they had come there for. 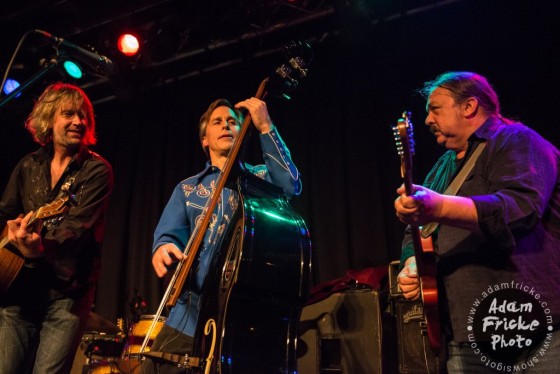 I ended up talking to an interesting guy named Dan while the stage crew switched out instruments. Dan was an interesting looking character. He had a long, gray, braided ponytail to match his long, gray, non-braided beard. He wore cowboy boots, washed out jeans, a beat up t-shirt, and what looked to be a handmade leather pouch around his neck. It could’ve contained his beer money for the night or teeth from gators that he’d wrestled with his bare hands. (Judging from of his tough demeanor, it was difficult to say but some things are better left a mystery so I decided not to ask.)

Dan told me that he’d been a member of “The Herd” since the early ’90s. That’s what you are when you follow Donna the Buffalo to multiple festivals over the years, a “Herd” member. He was excited when I told him it was my first time seeing them and assured me that I would enjoy it. Dan doesn’t lie.

Donna the Buffalo took the stage quietly and humbly before they jumped straight into a jaunty groove that put everyone in the room into a trance. As I looked around, almost every face had a huge grin with eyes closed as if in a state of nostalgia. It was impossible to keep your feet still as guitarist, Jeb Puryear, masterfully manipulated his Fender Strat strings through a Deluxe Reverb that looked to be about ten years older than me! 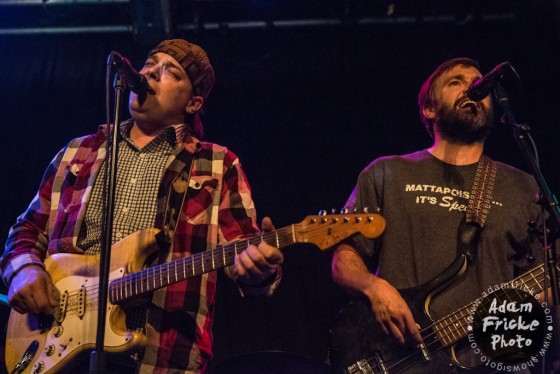 In between songs, audience members would yell at the band members to get their attention and reintroduce themselves and remind them of “that time” at “that one festival” and the band members would recall, smile, and wave back.  Apparently The Herd is a pretty tight knit group which is quite the feat considering how often Donna the Buffalo migrates (still not apologizing) on tour.

Throughout the set, Tara showed her wide array of musical talents as she played just about every instrument you could imagine in a folk song: guitar, accordion, fiddle, washboard, tambourine, you name it, she can play it! And, she can play it well.

As the night progressed, so did the grooving. I watched two women leave their purses at the foot of the stage so that they had more mobility to dance. Of course their husbands wouldn’t hold their bags for them; they were dancing too!

It was as if the night were less of a concert and more of a reunion of friends gathering to share festival stories of past experiences with the band. I look forward to the next time I catch Donna the Buffalo in town so I can share the nostalgia.