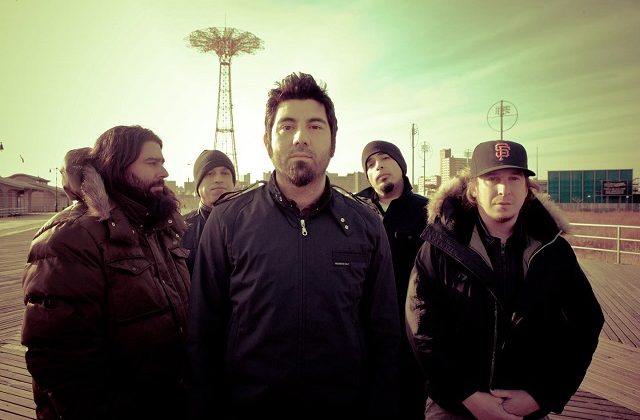 So, you didn’t score tickets to the sold out Deftones show at House of Blues Orlando on Saturday, May 14, 2016, but you still want to see one of your favorite bands live? The St. Augustine Amphitheatre has got you covered as the Deftones will be stopping by on Tuesday, May 17, just a few days after the Orlando show.

There are plenty tickets available at the St. Augustine Amphitheatre which has a capacity of around 4,500 hard rockers.

No matter where you are in central or east Florida, it’s never too far of a drive to see a great show at an awesome outdoor venue in a town that claims to be the oldest city in the U.S. and is known for its Spanish colonial architecture as well as beautiful sandy beaches. So be ready rock out to some Deftones classics like “Change (In the House of Flies)” or “7 Words,” or maybe you can’t wait to hear some stuff off the new album, GORE. Special guest Code Orange will be opening up the show. 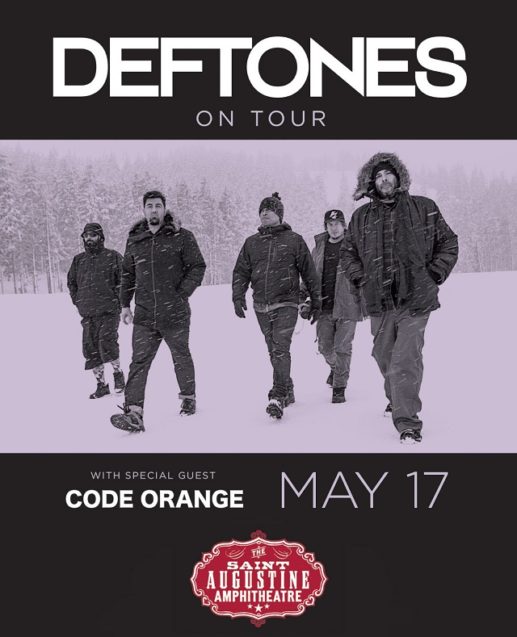 Deftones is one of my all-time favorite rock bands. Their first two albums are my favorites, hands down. Their latest release and eighth studio album GORE undoubtedly is vastly different compared to their early stuff, but Deftones always sound like Deftones and nobody else. The new album is unified and has feelings of a troubled new-wave hangover that is bursting with beautiful rage and dark doom riffs.

Deftones is always a treat to see live. I’ve had to miss out the last two times they came to town–last year with Incubus at the Tampa amphitheater and back in 2013 at Hard Rock Live. It’s been five years since my last Deftones show. Saw them twice in 2011 at Hard Rock Live in May and then three months later at the 311 Pow Wow festival at Spirit of the Suwannee Music Park in Live Oak, Florida. I filmed their whole Pow Wow set and it was magical.

Founded in 1988 in Sacramento, California, Deftones consists of Chino Moreno (lead vocals, rhythm guitar), Stephen Carpenter (lead guitar), Frank Delgado (keyboards and turntables), Abe Cunningham (drums and percussion), and Sergio Vega (bass). It was just recently announced that Chino would be teaming up with Dr. Know (guitarist for the hardcore punk Bad Brains) and keyboard master John Medeski (Medeski, Martin & Wood and The Word) to form a new supergroup called Saudade. Completing this electric lineup are Mackie Jayson and Chuck Doom. This new group will surely be a psychedelic fusion of metal, rock, and jazz.

Pittsburgh rockers Code Orange just signed to Roadrunner Records in April and will be releasing their third studio later this year (hopefully)–they changed their name from Code Orange Kids back in 2014. I’ve never heard of them until now, but I am looking forward to getting to the show early to catch their set.