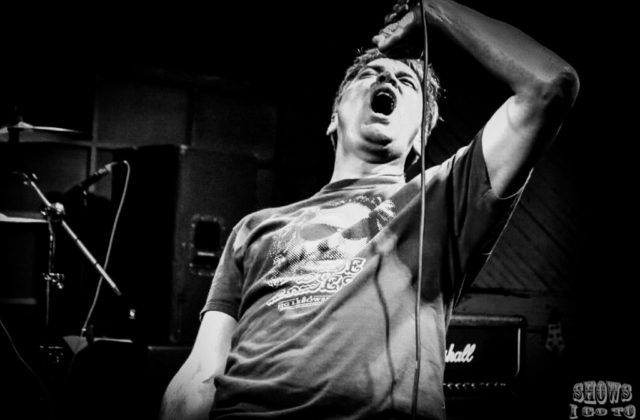 There’s no denying that 2017 has stirred up a lot of controversy, especially after the inauguration of President Donald Trump. But rather than sit at home and lament about the country’s current state of affairs, hundreds of people agreed that it would be better to head to Deland Florida’s Café Da Vinci and watch hardcore punk band The Dead Kennedys. The show was the second stop of their Inauguration Week in Florida Tour, and it did not disappoint.

The performance’s energy was high, from crowd moshing to singer Ron “Skip” Greer jumping into the crowd and encouraging fans to sing along with the band’s music. The venue was packed to the point that walking through the crowd was a workout. The band made it very clear about their feelings on the country’s current state of affairs, performing songs such as “Kill the Poor,” “Police Truck,” and the appropriate “Holiday in Cambodia.” But this didn’t stop the band from making jokes about “punk being dead and pop being alive;” even performing a small snippet of Taylor Swift’s “Shake It Off.” Meanwhile, Reagan Youth raged against the machine during the night. Tibbie X captures my attention with punk-fueled riffs. I’m moshing. Spike Polite’s vocals energize the crowd with raw intensity. The band’s anti-hate message was very visible during their set; they even had the crowd chant “I Hate Hate” during the song of the same name. Knockdown Dragout was one of the more unique acts of the night. The band, while punk based, seemed to interweave a rockabilly style that was similar to Reverend Horton Heat. The band’s high energy was especially visible in their singer’s dance moves. Opening act Rushmore FL lightened the mood of the night, performing songs that seemed to be inspired by the early days of well-known bands, such as Blink-182 and Green Day. While on stage, the band compared themselves to drugs, “Either we’re the type you like, or you’ll have a bad trip with us.” It goes without saying that the crowd felt they were more like the former.

Whether or not you’re happy with the turnout of the recent election, it’s safe to say that if you’re a fan of punk-rock music, or just want a chance to rock out and mosh with a fellow music lover, then you’ll absolutely love the Dead Kennedys’ live performance.