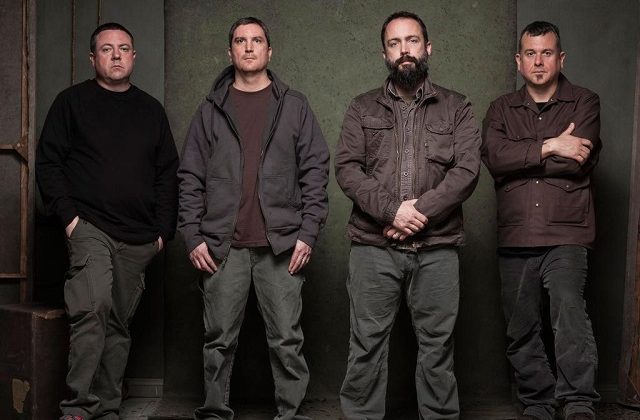 In the late 90’s and early 2000’s, I was in college at The University of Central Florida and found myself in the early stages of what has been a life-long addiction: going to see bands and artists perform live. I had only been to less than a dozen memorable concerts before college. I started out by going to shows once or twice a month. Then once or twice a week. Before long, I was going to 3-5 shows a week or playing shows myself.

GET TICKETS TO CLUTCH AT HO– USE OF BLUES ORLANDO ON TUESDAY, OCTOBER 4TH – $29

During those formative show-going years, I saw a band at House of Blues that I had never heard of: Clutch. At this point, I don’t even remember what band I was there to see, but I remember that it wasn’t Clutch. Having never heard them before, I had no expectations of what I was going to experience. For all you younglings: back before the internet plugged us all into the Matrix and allowed us to access any info we wanted on a band in an instant, it was a lot more difficult to learn about that band. Frequently you had to actually call the radio station that played their song and ask them where the band was from, what the name of the album was, or other basic info. The other option was to physically walk into a record/music store and peruse the vast sea of untapped musical discovery. Walking into a show with no idea of what you were going to hear from a band was actually fairly common.

They got me from the first chord. It was difficult for me to describe their sound at the time because my musical knowledge and exposure was much more limited. Something about it reminded me of Black Sabbath. It was the dirty, insanely distorted guitar sound. But Clutch had more direct and heavy grooves. Almost like blues grooves if it were mixed with stoner rock. The nametag my brain allocated to Clutch: “psycho rock.”

The next day I went to the cd store and bought their self-titled album. To this day, that album is historic for me. “Big News I”, “Rock N Roll Outlaw”, and “Spacegrass” directly buried their tendrils into my cerebral cortex and laid deep, unmovable roots. This band was weird, and in the best ways. It was unique, rocked hard, but wasn’t crazy fast and whiny like a lot of the “metal” of the era. It was kind of like doomy space music. Maybe hearing “Big News I” will make sense of my allusions.

Fast forward to today. I haven’t seen this band play live in 15 years. To date, they have released 11 studio albums, and several live albums and DVD’s. Considering that the band is now technically 25 years into its existence, Clutch have long been respected as legends in their genre(s).

Here’s a live video of the track “Electric Worry” from Clutch’s 2013 visit to House of Blues Orlando, courtesy of The Sober Goat.

GET TICKETS TO CLUTCH AT HO– USE OF BLUES ORLANDO ON TUESDAY, OCTOBER 4TH – $29