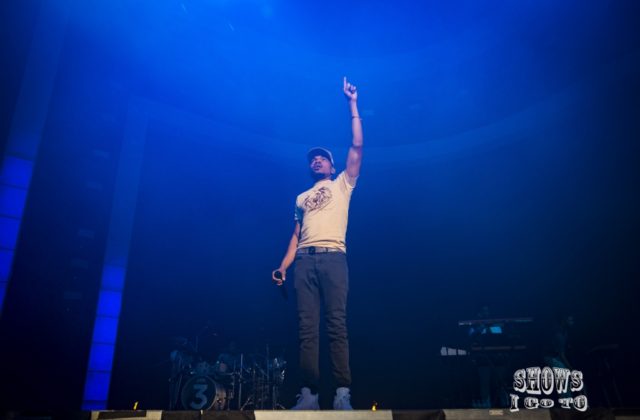 The “Be Encouraged Tour” made its final stop on a rainy Wednesday night, June 14, in Tampa at Amalie Arena. The drive across I-4 was exceptionally brutal as U2 also played across town at the Raymond James Stadium, where our staff writer/photographer Richie Williams, (the not-so-Sober Goat), probably lost his mind. 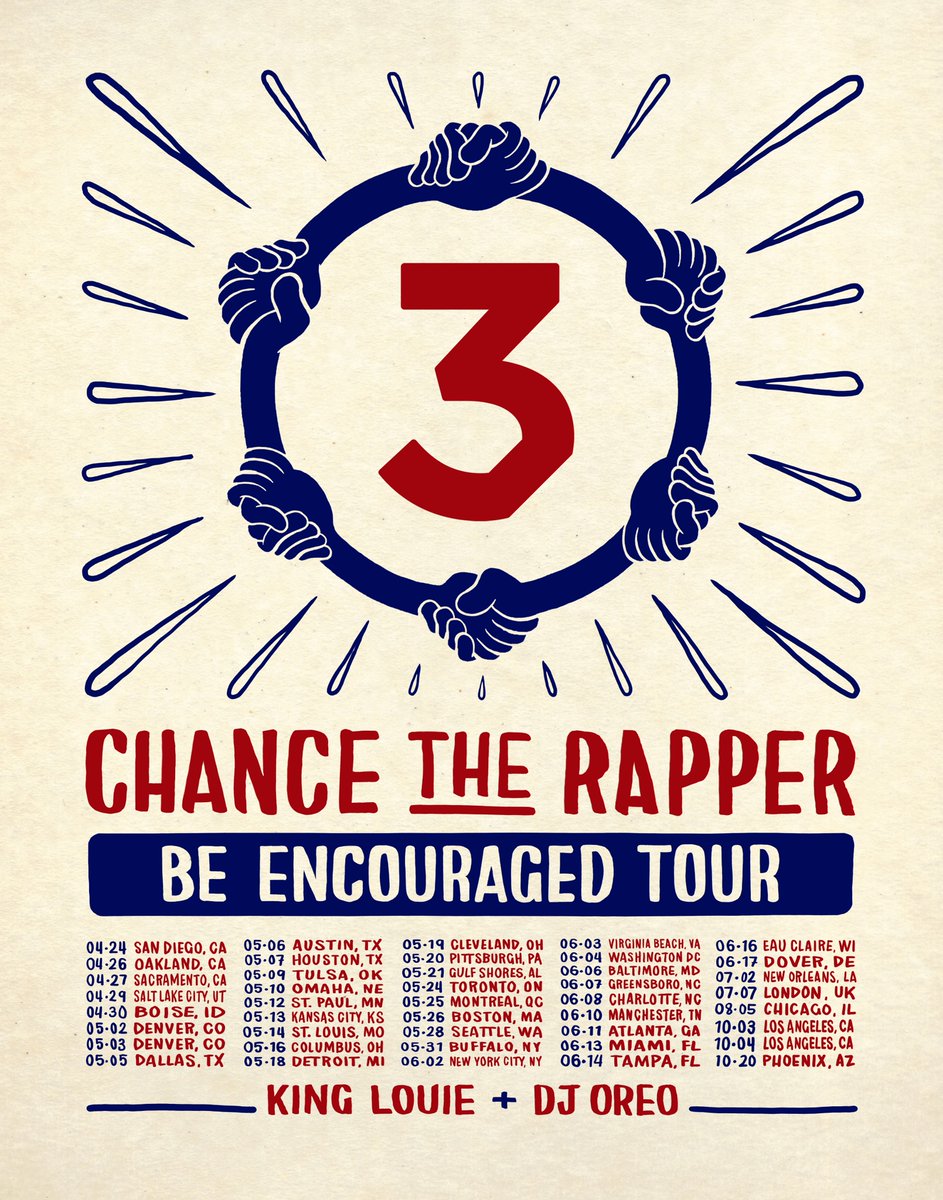 Chance has been headlining every major Festival this summer including Bonnaroo where he has been promoted from the Mayor, to the King. The festival who’s motto is: ‘Radiate Positivity‘, could not have a better ruler or ambassador. I saw Chance the Rapper at his first Bonnaroo appearance in 2014, (also my first music festival). He did mostly Acid Rap songs and some from his first mixtape 10 Day. This is one of those times where somebody tells you, “Going to a festival can like, totally change your life…you like, don’t even know what I’m talking about until you go.” Initially, I was one of those people in denial over the magic a music festival can contain. I was wrong, and Chano was a big part in making me a believer. 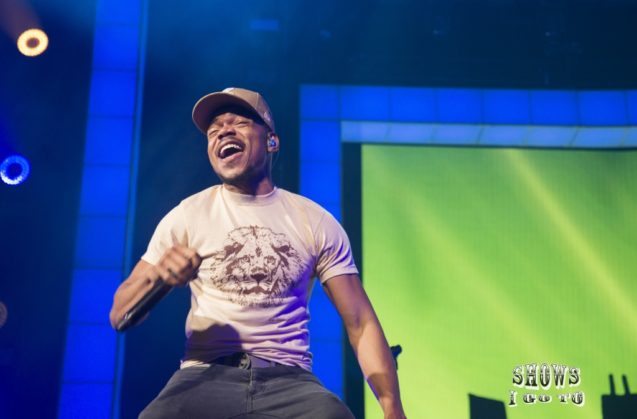 Flash forward almost three years, Chance the Rapper has joined a historical list of people who have changed the music industry. Independent artists can now win Grammy’s without any major label backing or distribution, himself being the first to do so taking home three with his album Coloring Book; the gospel/hip-hop album released in 2016, which, almost defied any one kind of genre.

The culmination of all his success led us to the last stop on his tour, where Chance made the crowd wait close to an hour after his little brother Taylor Bennett left the stage. His set consisted of mostly Coloring Book tracks with a couple of his Acid Rap favorites sandwiched in. When he eventually took the stage, he was joined by the infamous Donnie Trumpet, who Chance has worked with on a number of projects, as well as one of his main producers/musical director Peter Cottontail. 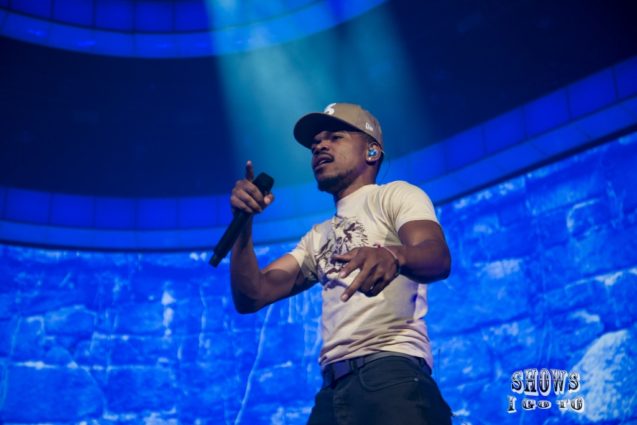 His energy was fueled by gratitude as he thanked his crew of about 80 people/anyone who bought a ticket for making his tour happen.  The first time I saw Chance was in 2013 at Hard Rock Orlando, where he opened for Mac Miller. We were standing in line maybe 20 people from the door and Chance passed right in front of me. Before my fan-boy eyes could relay the message to my brain, he was back inside the venue. While I would have always bet on his success, I think sold out arena tours are a dream come true for any artist no matter how amazing he or she may be. Chance is a once in a lifetime artist, figure, and probably savior to many. His constant devotion to his faith is always on full display and he took a preachers tone a couple times during the show,

Do ya’ll wanna go to heaven?”

he asked, and thousands of teenagers that probably NEED Jesus, screamed at the top of their lungs. He made religion cool, but not because of anything religious.

Accompanied by pyrotechnics and fog cannons, Chance closed the show on a bridge which reached from the floor to the lower bowl section on the far end of the arena, connecting with fans on a reprise of his song “Blessings”.

I wish there were more stops on this tour, but he’s probably already come through your city and made you believe in something whether it be God, or destiny, or the even the power of music. Thank you Chancellor the Rapper for always giving us your all!