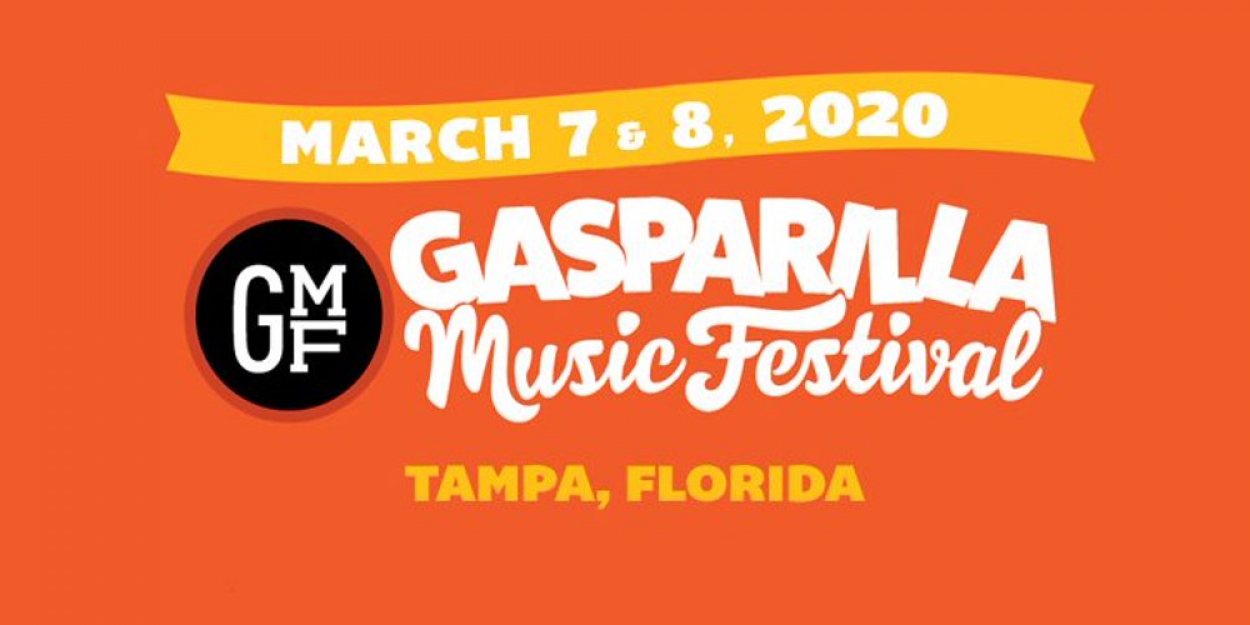 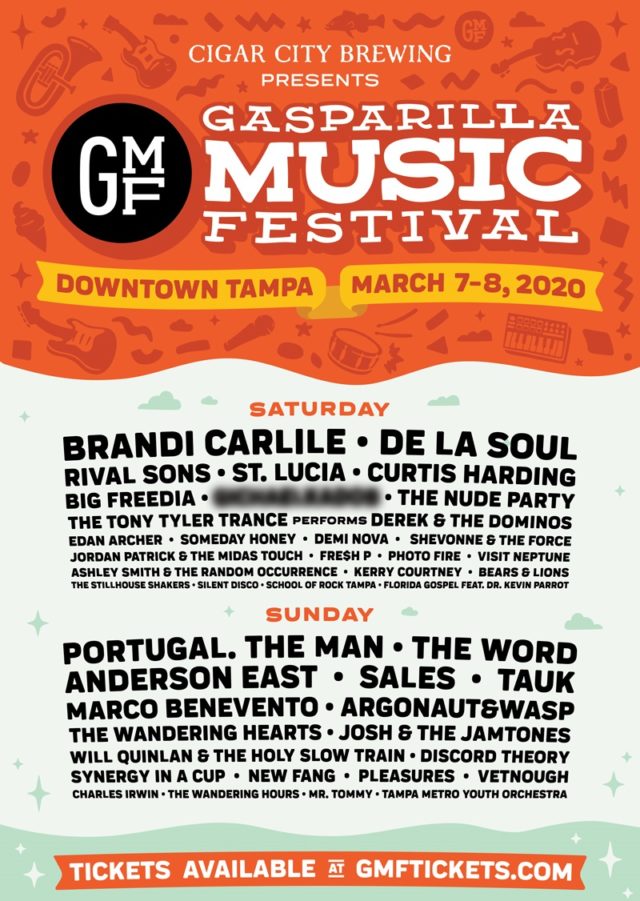 Full lineup and times are available on the Gasparilla Music Festival website at www.gmftampa.com

Tickets to the festival are available at www.gmftickets.com

ABOUT THE GASPARILLA MUSIC FESTIVAL
The Gasparilla Music Festival 2020 features over 45 local and national bands across 4 stages along downtown Tampa’s Riverwalk. The event features food from Tampa’s top local chef’s and restaurants and offers family friendly programming (Kids 12 and Under FREE Admission) on several stages each day until 2pm. In 2019, the festival had over 25,000 attendees with an early Saturday sellout. This year, GMF is partnering with CashorTrade as its dedicated face value marketplace to protect fans against fraud and scalping. Past festival performers have included The Avett Brothers, Gary Clark Jr., Modest Mouse, Erykah Badu, The Roots, Margo Price, Father John Misty, The Flaming Lips, Trombone Shorty and Cage the Elephant.

ABOUT THE GASPARILLA MUSIC FOUNDATION
In addition to producing the annual Gasparilla Music Festival each year during the 2nd weekend of March, the 501 (c) (3) non-profit Gasparilla Music Foundation operates year round supporting youth music education through its Recycled Tunes program and local musicians through its GMF Production program.