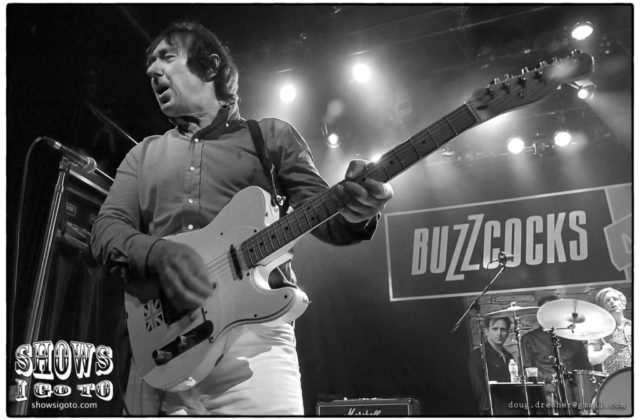 Scene and Herd w/ Douglass “Doug I Go To” Dresher

Buzzcocks have been the punk’s punk since 1976. They have done the break-up, re-group thing, but all-in-all they have aged well. The songs are the soundtrack to many a 40+ year old. Most parents were happier to have their kids listen to the Buzzcocks as The Sex Pistols all had terrible skin.

A spirited performance with some Pete Townshend moves thrown in for good measure. The band seemed to have a great time and the audience was having a great time as well. Due to the aggregate age of the audience, everyone chose to park in a garage instead of driving around looking for a spot. There aren’t any spots large enough for a Lincoln Navigator anyways. New York City is shrinking due to global warming. Really – everyone is saying that.

Kind of a short set. Irving Plaza had a later event and speculation was that they had to clean up all of the broken vape pipes before the other show began.

Nothing to report – truth be told, I didn’t listen to much of the Buzzcocks when I was a teen. My friends really enjoyed the show. I recognized a few songs from a Punk Lite compilation playlist on Spotify.