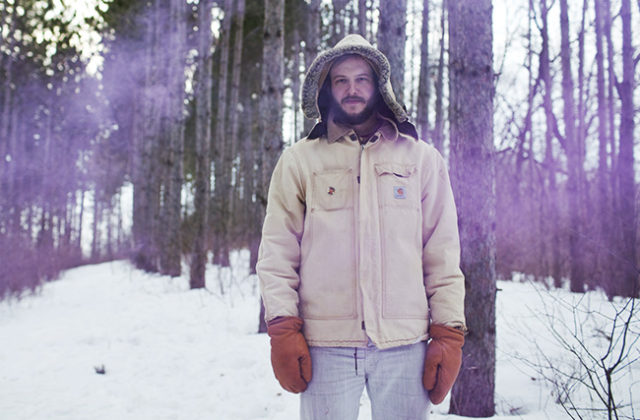 Here’s a suggestion, if you’re going to see Bon Iver at this stage in the band’s relatively short career, see how wide you can pry open your mind. Then open it even wider. Strip yourself of expectations, as they’re both unwelcome and unnecessary.

That goes for those of you who’ve been around since their very grand beginning, when Justin Vernon was touring in support of his surprise first album. You know, back in that golden era of a new fan being born every time another one of those debuts sold off his MySpace page.

So, you’ve tossed aside your expected norms. You’ve made a hard decision to choose curiosity. And that? That’s the good stuff.

Go see the band with someone who’s never seen them do any of this live just yet, someone who, oh, put off buying a new mattress and slept on what amounted to a rubber raft for months because she chose to spend her pennies on a pair of concert tickets instead.

Sacrificing funds is one thing, but losing weeks of good sleep? That’s next level huge.

This new concert companion of yours, she’ll offer up gems the day of the show. She’ll tell you which songs to play and replay off that latest album, the same one you could never really connect with as much as those that preceded it. “33 ‘GOD’” is one she likes and asks you to play while she does her hair. And “000000 Million” is another that she requests (and it has magic tucked inside it, you discover). There are others, but those two are some gigantic pillars to sit back and behold a long while.

And the night, oh, the St. Augustine night! It will be the breezy one you’d hope for whenever you’re outside and soaking up music, the one night of in-the-sixties weather the band seems to have brought along with them, as if they’d ordered the air to blow in just that right way (and it did, and often).

The stage will be tastefully understated, but it’ll feel like it’s pulsating too. It will have terribly artistic white lights and it will have a lot of unexpected trombones playing all at once (your favorite part). You’ll strain to see the band from what are really very good seats and realize it doesn’t much matter. You’ll snap a blurry photo or shaky video and realize that those don’t much matter either. (See where this is going?) It’s the girl’s hand she’s letting you hold which matters. It’s that she wanted you to go with her. That matters.

It’s this soundtrack meant for feeling more than seeing. And now this music reminds you of her a whole lot. This girl with stars in her eyes, she’s attached now. The two may as well be glued to one another.

When you tell her you’re putting some thoughts down a few days after the show’s happened, as best a review as you can muster up, she’ll think she’s just being funny when she says, “Here’s my contribution: I closed my eyes and I cried.” And you didn’t quite see those streaked tears until seconds before they were wiped off cheeks, but you did see them. It was as honest and true a reaction to beauty as you could have ever hoped to see.

But what she utters, in all its clipped brevity, is all that needs saying.”

You could have borrowed those 10 words and posted them and everyone would have understood.

This concert was a chance for you to learn some empathy. She allows you to borrow her eyes and almost see what she experienced right next to you. The just right November breeze, the friends just a row behind you also bathing in this long moment—all of it affects you when you allow it to. You find yourself floating a few inches above the concrete without meaning to.

Bon Iver does you the kindness of tacking “For Emma,” “Skinny Love,” even “Creature Fear” at the tail end of things. Maybe the night was shorter than you wanted it to be, but you allowed new opinions to set in, take shape, form. In the end, you’re just grateful. That’s enough. Not a bad state of mind to dwell in.

It’s a whole 10 days later and you find yourself still listening to all those Bon Iver songs you never tired of before all over again; the decade-old unpolished cabin tunes, as well as the still electronic jaunts. If his concert can do that, it’s certainly done its job, perhaps exactly what he and the rest of his talented friends came to do.