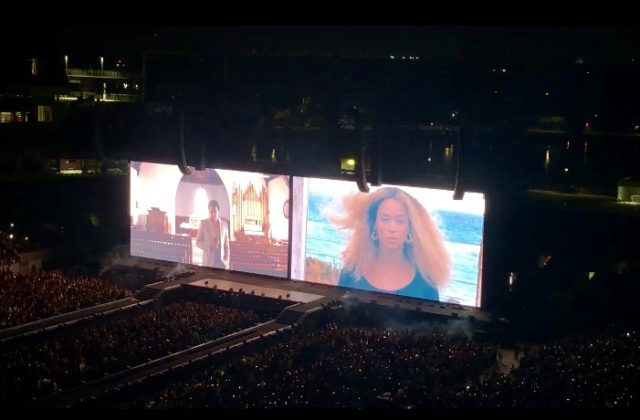 When you are sitting on the couch watching Donnie Darko at 6pm on a casual Thursday night and you get a text saying you are approved to go review the Beyoncé and Jay-Z concert… you don’t ask questions! I immediately sprung off the couch and started getting ready. I blared the new Beyoncé and Jay-Z collaborative album Everything Is Love as I whizzed down the curves of I-4. The day they announced their tour, I was beyond excited. I love these two so much so you can only imagine how I was feeling after managing to get my hands on these tickets. I took my little sister with me. She was as excited as I was. We all know that regulations for concerts and large events have been heightened, due to previous attacks, which is understandable. From this, made sure I got my sister a kids clear backpack so she could carry her essentials in. This wasn’t an issue, consisdering we were about to witness the greatness of Beyonce and Jay-Z.

Beyoncé and Jay-Z performed their “On The Run II” tour at the Camping World Stadium in Orlando, FL at 9pm on August 29, 2018. They were preceded by special guests Chloe x Halle and DJ Khaled.

Everyone anxiously awaited the power couple’s entrance to the stage. The screens read, “OTR” in big block letters. As soon as the screen went dark, everyone in the stadium was screaming and cheering with incredible energy. 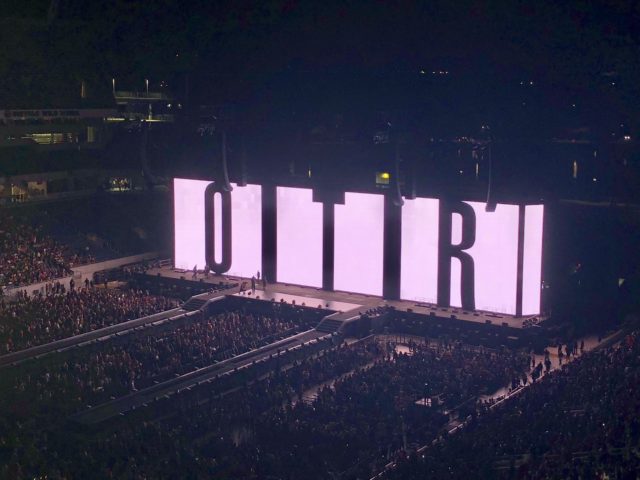 The show began with words dramatically flashing on the screen one after another reading, “THIS IS REAL LIFE” followed by “ON THE RUN II” and a short video. The beginning of the video consisted of various romantic shots of Beyoncé and Jay-Z with “The Love Story” and “The Gangster and the Queen” written on the screen. It led into a series of creative shots of the two, many of which showed them running away from the camera or “on the run.” At the end, there was a scene of Beyoncé and Jay-Z each holding two babies with the words “Love Never Changes” and “Love is Universal” between them. Originally, fans thought that the babies were the couple’s new twin babies, Rumi and Sir. However, many articles have come out to say the babies were most likely not actually the children of Beyoncé and Jay-Z. Various other creative videos played throughout the concert displaying tropical beaches, adventure and clips of other icons such as Childish Gambino and Chance The Rapper were featured. 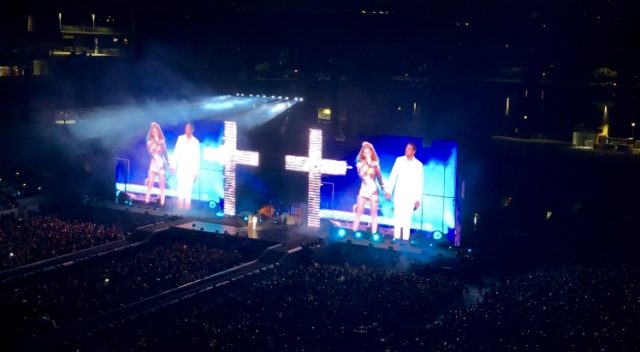 The duo opened with “Holy Grail” by Jay-Z ft. Justin Timberlake. Beyoncé sang Timberlake’s verse, and beautifully at that. She definitely captured everyone’s full attention with this intro. Throughout the concert, they sang many songs together, and independently. They had many outfit changes, but those of Beyoncé were certainly the most memorable.

From glimmering sequin bodysuits to black, shiny leather with thigh high boots, she stole the show strutting up and down those catwalks into the crowd.”

The back-up dancers were phenomenal and a contortionist even came out during a couple of songs. With the fireworks and fire effects, this wasn’t a mere concert, it was a full show. 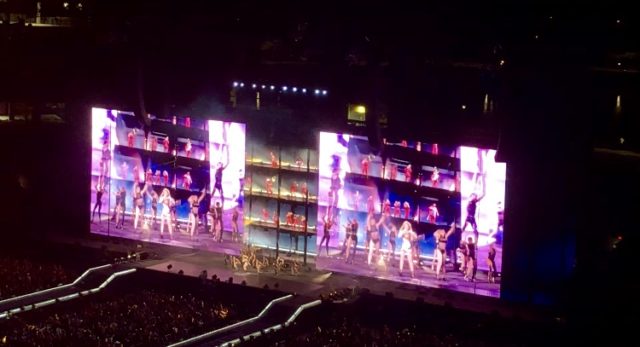 If I ever have a chance to attend one of their shows again, I absolutely will not hesitate.

Two of the most iconic powerhouses performing together…how can you go wrong? 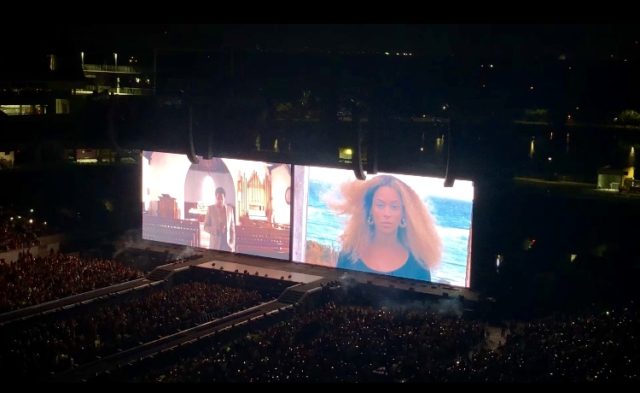 Part II (On the run)

Dirt off your shoulder

On to the next one

You Don’t Love Me, No No No

Me, Myself, and I

The Story of O.J.

Show Me What You Got