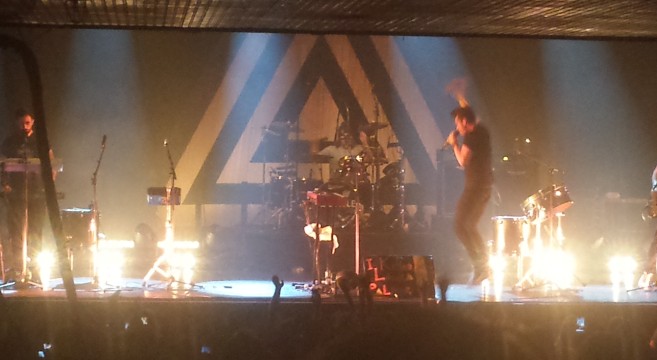 “How was ‘Pompeii?’” I’ve been asked that question several times since Friday. Largely recognized as their breakthrough song, “Pompeii” was actually the fourth single released off Bastille’s debut album Bad Blood. I remember the first time I showed my best friend that song – it was almost exactly a year ago today. We were driving to go see Imagine Dragons in St. Augustine and took the scenic route along the Atlantic Ocean – State Road A1A. The sky was beautifully blue that day. I hit “play” on my phone, reclined the passenger seat back and peered out the sunroof – The echoing chant began followed by a romantic falsetto which lifts you to up above the clouds before easing you back to earth with the rim clicks on the snare drum and a thunderous bass cadence before the chorus – “But if you close your eyes…”  I caught this bit of “Pompeii” on my instagram.

The band is named after the French National Holiday celebrated on the lead singer, Dan’s birthday – Bastille Day. There was percussion stationed everywhere onstage; my little drummer mind was going wild. It reminded me of Gotye’s stage setup. Is Bastille the Gotye of 2014? Dare I compare the two? Everyone knows “Someone That I Used To Know” by Gotye and everyone seems to know “Pompeii” by Bastille. I guess we’ll see.

Friday’s Bastille show sold out in less than 20 minutes. Many people learned that Downtown Disney is in the middle of constructing a large parking garage which inconveniently tied up one of their biggest parking lots. I had to park across the street from Planet Hollywood and walk so I missed the opening band, Wolf Gang. The lead single off Wolf Gang’s debut album Suego Faults is an infectious little pop tune called “The King and All of His Men.” Try not to let this egocentric video dissuade you from listening to the music.

The lights went out and the intro began. Bastille started their set with the tremendous album opener, “Bad Blood.” The light show was intense. I like that bands are putting more focus into aesthetically pleasing lighting at events. Dan danced through each song somewhat clumsily and it was lightheartedly laughable. While he has quite a talented voice, his boogie skills from the neck down may need some work. Here’s a shitty pic: 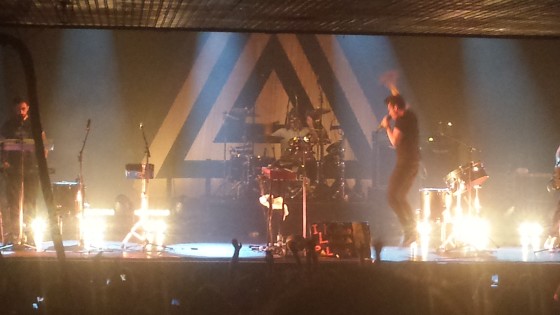 The sound at House Of Blues that night was a little bit off Friday night. It also seemed to be quieter than normal. Perhaps I was thrown off by how loud the Taking Back Sunday show was the other week (Louder Now, Louder Now). One of Bastille’s songs that is particularly quiet is “Overjoyed.” The beautiful piano driven melodies over sampled drums and honesty belted from below Dan’s Eraserhead hairstyle is enough to melt a man. Whereas their upbeat dance-tunes like “Of The Night” offer a louder, electro-feel which make it near impossible to keep your feet on the ground (below).

Dan took the mic and headed into the crowd during “Flaws.” Everyone went wild. They pushed and pulled towards him like an ocean in a storm. I guess you could say they were “Overjoyed.” Bastille ended their set with the song that they’ve become known for, “Pompeii.” I must admit, it was the most well performed song of the evening. Perhaps it was the energy that had been building up in anticipation for the fan-favorite.

After the show I drove downtown. There was an accident on the Amelia Street exit of I-4. I hoped everyone was Ok. I reminded myself that everything is temporary. The people you’re with, the places you visit, the life you have. We’re all part of this temporary dream that we consider a reality. 12 months ago Tuesday, one of my good friends was killed. He was crushed by a falling tree while sitting in his car waiting for the rain to let up. I still don’t understand. It could have been anyone. Why him? He was one of the great ones. One of the ones that could truly make this life we live in a little bit better. There’s a line in “Pompeii” by Bastille that really fits this paragraph.

“But if you close your eyes,
Does it almost feel like
Nothing changed at all?
How am I gonna be an optimist about this?”

I would have listened to “Hey Jude” by The Beatles when I finally arrived but I can’t listen to that shit without welling up with tears. For my dear friend, Christopher Harris. I could never write something as beautiful as you were man. Below the video is one of the most beautiful things I’ve ever read. I’m proud I was fortunate enough to call the man who wrote it my friend. 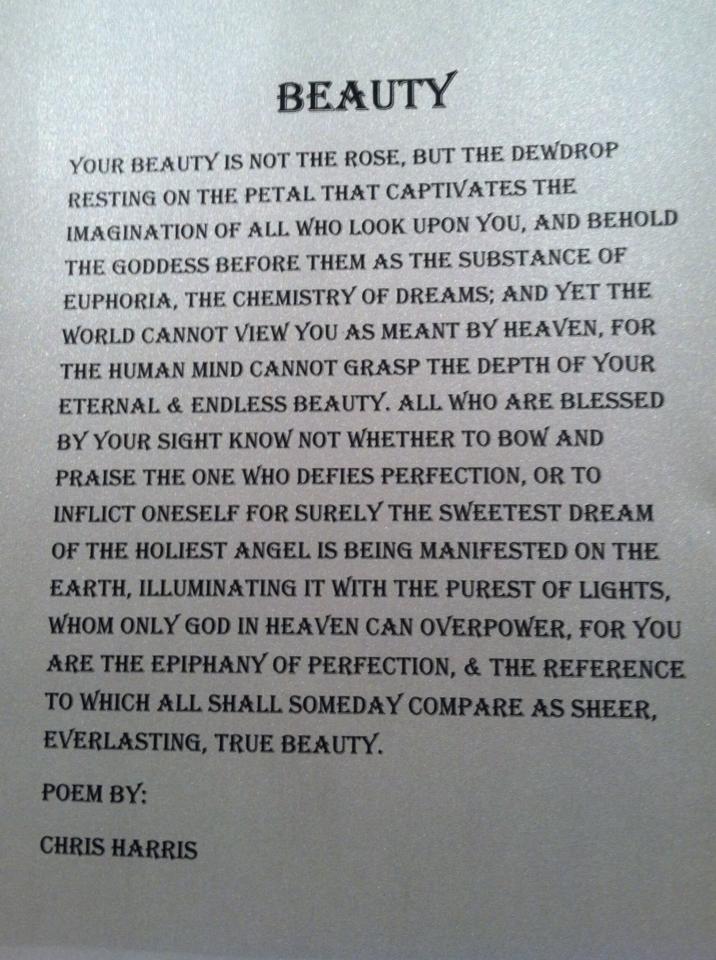