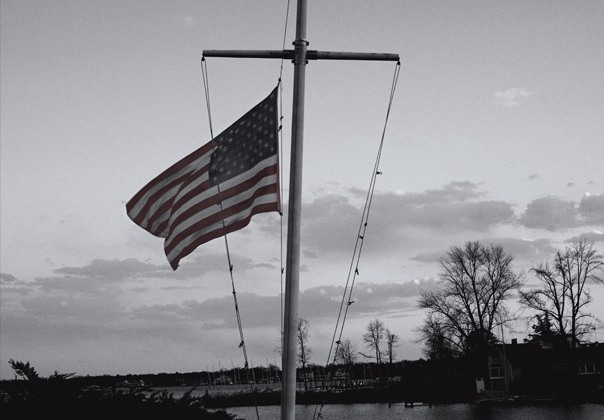 American Band doesn’t wow on first listen. This condition is not unique for a Truckers album, but even more apparent than normal on this effort. Patterson and Cooley are waist deep in American strife. The tone is not altogether negative, as beams of hope sneak into the cracks of its biting commentary.

American Band is more survey than op-ed. The album’s only misstep is Hood’s characterization of the Trayvon Martin tragedy as a “Stand Your Ground” issue. It’s a point Hood drives home in his otherwise eloquent essay on the record included with the linear notes. Otherwise, The Truckers have no need for artistic license in their stark characterization of the Union in 2016. The songs speak candidly of some painful yet refreshing realities.

We have battled public violence, ignorance, and racial strife since our founding as a great experiment in freedom. Today we find ourselves bombarded with instant images of every run in the stitch of America’s complicated patchwork.

In a way, American Band is an optimistic effort at doing the social climate justice, driven by Joe Strummer-like guitar riffs. The lyrics feel stream-of-consciousness until you read them laid bare on a page. Only then are Hood and Cooley’s sentiments fully in view.

For the first time in a while, Hood’s words take center stage over Cooley’s. The latter seems to have appropriate sway but Cooley feels more at home with characters as foil for the real world. Cooley is rock n’ roll’s Johnny Cash — a writer with few peers in his field. The difference being, Cooley’s closest peer stands stage right of him for 150 dates a year.

DBT has come a long way since “18 Wheels of Love,” but every song on every album rings true. American Band is one of their best. Whether it holds up to the legacy of Decoration Day or Southern Rock Opera remains to be seen. Regardless, start to finish, it’s the most lyrically stark. And, it appears to be the most emotionally powerful.

The poetry and prose of The Truckers is nowhere to be found, replaced by an absolute commitment to the truth. Some, maybe most, songs sound like a rant for the freedom of all people- a concept that should feel half so radical.