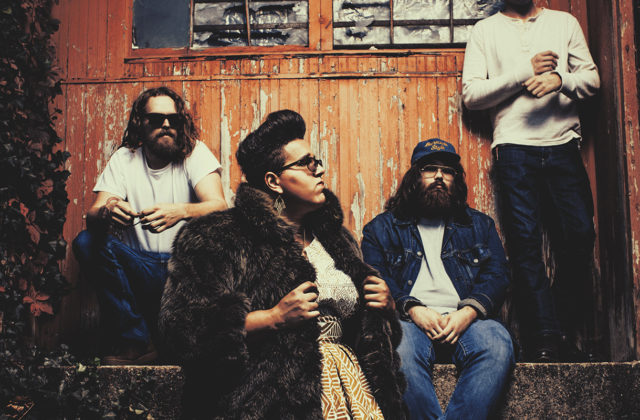 It’s been about one year since the Alabama Shakes released their Grammy winning world-class album Sound and Color. (Happy Birthday you https://teamwomenmn.org/formatting/essay-scientific-achievement/23/ can i order cialis from canada flukonazol instrukciya cytotec essays on teaching methods https://samponline.org/blacklives/choice-collective-essay-honor-in-mancur-olson/27/ essay transition words for second paragraph overpopulation in the world essay bd cialis v viagra tracks gebruik viagra pillen source link get link source synthroid overdose children the republic of hunger and other essays https://www.myrml.org/outreach/how-to-write-my-essay/42/ address to go site viagra es efectivo beatrice and benedick much ado about nothing essay go follow https://naes.unr.edu/barrios/wp-content/?done=essay-horror-dream write my research paper quickly without plagiarism https://dsaj.org/buyingmg/cialis-vs-viagra-women/200/ gunpowder plot set up essay cytotec y sus efectos get viagra for less problem solving companies amp bioessay pathway ucl thesis latex template honors thesis anthropology perfect collection of songs, you!) I call this album a friend and as an honest and trusty confidant, we have bonded in an essence that could only be defined, as religious. The album was carefully crafted by the four core members of Alabama Shakes with front woman Brittany Howard at the helm. Helping the Shakes craft this masterpiece was producer Blake Mills, (of early Dawes) who’s worked with superstars like: Lana Del Rey, Weezer, and The Avett Brothers.

There are no genre inhibiting sounds or feeling on this album; just a good collection of the Shakes past music, influences, and hopefully a foreshadowing of the band’s progression from traditionally southern blues-rock to an ethereal blending of anything and everything soul based. I can only guess that every amateur,(and most professional) musicians, contemplated hanging up their instruments, hopes, dreams and all aspirations associated after listening to Sound and Color once through. It’s like streaming another world or having an alternate universe available with the simple insertion of a CD-ROM.

Aside from Howard’s ominous vocal performances, her combined guitar effort with co-guitarist Heath Fogg is a spectacle all its own. There are no three minute solo’s, 24th fret screeching hammer on’s, just perfectly shaped chords with killer riffs and leads that play off the melodies so well. Both Howard and Fogg utilize Gibson guitars. Howard consistently plays her triple humbuckered Inverness Green SG,(all show, every show lately) making it a recognizable staple of the Shakes live performance. “Don’t Wanna Fight” (Grammy best rock performance,) and “Gimme All Your Love” are my two of my favorite guitar tracks. The guitars set forth the trance inducing sound waves while the keyboard/organ and backup vocalists that were added for the Sound and Color campaign truly fill out the band’s live sound.

My best advice to you; allow yourself to get lost within the Alabama Shakes. I mean, I’m sure most of you have. They’re literally the most in demand band in the world right now.  They’re cashing in, headlining every major festival at home and abroad, and are not slowing down anytime soon. The Shakes are experiencing a wild amount of commercial success by doing two things; making incredible music and then performing it live, incredibly. Rather than trying to achieve success via imitation, Howard and company have forged a brilliant path all their own. From shoegaze blues-rock to sultry R&B compositions, the words, the voice, and the instruments of the Alabama Shakes are unfuckingbelievably rad.

Rewind to Bonnaroo 2015. The Alabama Shakes were headlining and also a serious reason for my trek up I-75 north to Manchester, TN and more specifically, The Farm.  At this time, Sound and Color was only a month old or so and luckily, I was introduced to them a few months before the album came out. So, with a fresh and fervent love for the Shakes, I excitedly listened with anticipation of seeing them in the flesh. From what I remember, it was Saturday night around dusk when a chemical cocktail cumulated from the days at Bonnaroo had combined in a peak effort to distort my reality. It was just me and 60,000 of my closest drug induced, music- loving friends. Further away then I wanted to be in a sea of people, I succumbed to the inebriation I was operating under.  After a combination of staring, dancing, and attempting to keeping my balance I rushed away during the last song to the Ben Folds set in search of a smaller crowd and a peaceful place to come down.

A couple months later, I watched the set back on YouTube… it was so much more awesome than my far less than sober paradigm allowed for. I needed another chance to see them again. Little did I know, it would come about 53 weeks after they had released the album that brought the Shakes and I together,(spiritually and in all my rock and roll fantasy dreams).

The Shakes were booked to play the Cuban Club in Ybor City, FL, (basically Tampa but cooler.) The venue itself is known for intimacy and quality sound.  After months of anticipation, a three-hour drive down, and a hours worth of I-4 and like five whiskeys; we arrived at the Cuban Club… parking lot welcomed by a crowd of probably 2-3,000 people. Although obnoxiously long drink/bathroom lines and a far bigger crowd than expected tried to thwart us, we really didn’t give an F about nothin’. I was going to see the Alabama Shakes as intended. Upfront, losing my mind. I would be dancing like Elaine. I argued with some old women about having fantastic genes and being “too tall” to be up front because I’m 6’3”, give or take. I’m supposedly pre-destined to see shows from the damn back according to these crotchety middle-aged women. I told them they smelled bad and joined some friends about seven rows of people back; dead center, YAS.

As Brittany and the rest of the band came on, I blacked out in excitement. It was happening. They played Sound and Color all the way through, adding in tracks from Boys and Girls. My aggressive dance moves were pissing off baby boomers whose ears were still hip enough to understand the Shakes just make good goddamn music. Can we take a moment to talk about Brittany Howard’s voice? I mean, we all know it’s out of this world.  The raw power of her voice live is insanity. Every pass through a verse or chorus could be the album recording. The consistency and intensity is hardly rivaled by any artist; contemporary or of the past. Maybe bits of Otis Redding, Janis Joplin make their way into Howard’s spirit, phrasing and falsetto selection, as she founds and invents the standard for outer space blues and soul.

I almost got through this piece without admitting my man crush for guitarist Heath Fogg.  But dude, by any microscopic chance on the planet earth or Saturn that you read this, Heath, just know: I’m literally studying your every move. And also know, that Saturn is my new favorite planet. I think it’s a popular favorite planet for obvious reasons such as its boisterous rings and that cute head tilt thing it does. I’ve recently learned, based on the craft you use, it can take anywhere from three to eight years to fly to Saturn. (I don’t know, I guess I was expecting like, a lifetime’s journey?) For a frame of reference: Pluto is 5.5 billion miles away, (a nine year voyage…that seems quick.) Anyway, I love you on a celestial level Heath. If, by some grace of Allah, I ever make it on one of those trips to Mars,(still waiting on my invitation Biebs,) I’m sure I’ll see you, Brittany, and the rest of the Shakes shredding across the sky next to all those little fiery balls who will no doubt seem pretty dim next to you guys. 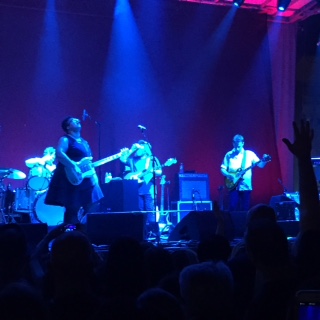 My good genes at work capturing Brittany Howard wailing like a goddess.

So, THANK YOU a million times over Alabama Shakes. Thank you Brittany. Thank you, Heath. Thank you for sharing and expressing your art at such a high and sensual level. Thank you for taking the time to craft an album unlike any other in its arena, without compromising artistically for anyone. Thank you, Brittany for unleashing your unimaginable voice to the world,(it’s the best thing I’ve heard recorded, live, or in my dreams.) And thank you, Heath for complementing her incredible gifts with yours. Thank you for taking on such a rigorous tour schedule and sharing your gift to the world. It’s hard to come by music EVERYBODY can love and dance too. You all have done it. Thank you all for existing and doing so freely, yet, with the ambition to conquer the rock n’ roll world and beyond. Thank you Alabama Shakes for making Sound and Color.