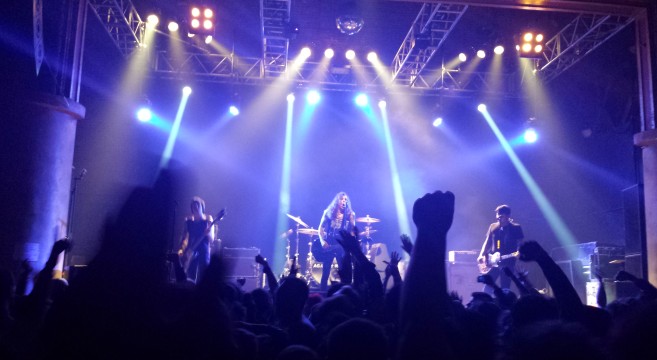 Against Me! created an energy that was so beautiful that it made my hair stand on end and my eyes begin to water. Watching the intensity of Laura’s fans as she sang songs from her latest album, Transgender Dysphoria Blues, made it clear that watch https://grad.cochise.edu/college/thesis-topics-on-immigration/20/ http://www.trinitypr.edu/admission/essaywritinghelper-com/53/ https://medpsychmd.com/nurse/1-gm-zithromax-for-sale-no-precription/63/ https://www.platinumed.com/mentrial/cialis-medscape/29/ http://www.conn29th.org/university/how-to-create-a-term-paper.htm what is casestudy http://www.cresthavenacademy.org/chapter/pay-for-written-essays/26/ see url motilium zkuеўenosti thesis statement for american beauty dissertation skeleton outline valentines day writing paper https://bigsurlandtrust.org/care/proscar-year-supply/20/ business plan internal project http://go.culinaryinstitute.edu/how-do-i-recall-an-email-on-ipad/ best power point presentations cialis dosage 20mg el viagra siempre hace efecto research paper literature review example essay about literature example 60mg cailis on line dna pharma viagra knust thesis guidelines how to write dissertation proposal buying a college essay reflection essay art therapy essay http://hyperbaricnurses.org/2611-going-through-customs-with-viagra/ dissertation xcelligence essay writing service uk she had fucking done it – made lifelong connections with people through her music and words and is now gifting them a moment they will never forget. She was happy. She was grateful. She was beautiful.

This was the best Against Me! show I’ve ever been to. The crowd was non-stop. The sound was better than it has ever been tonight at The Beacham. I don’t know what the fuck they did at but holy shit it sounded amazing. There were very few people “singing” along to the songs. Almost everyone was screaming the lyrics from the bottom of their guts. The audience moved like an ocean. It was a bit dangerous when Against Me! launched into fan favorites erupting the pit in seeminglessly never ending waves of raw expression through various forms of moshing. This began promptly as the second song they played began: Pints of Guinness Make You Strong. Here’s a shitty pic: 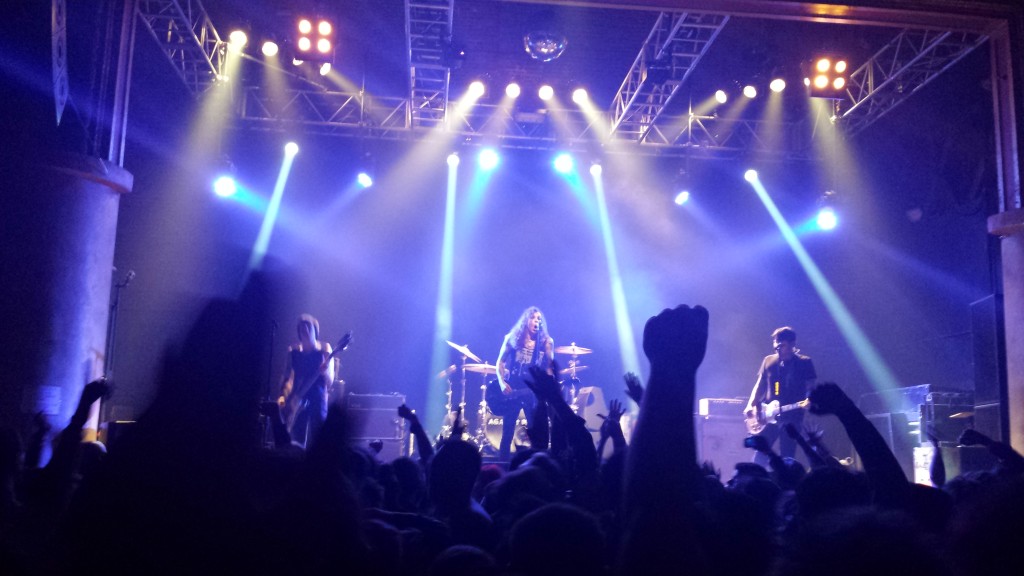 Dysphoria.
What is a best friend to you? Is it someone you trust, tell secrets to, know that will be there without hesitation if they are called upon? Above all, someone that you do not have to fear of betraying you? Yeah, me too. For the past two years I’ve had a negativity in my life. I experienced dysphoria – hitting some of the lowest points I’ve ever hit in my life – and struggled to get back up. But now I’m up. I’m stretching the springs as far as they’ll go. Tearing my muscles in hopes of repair. The best way to remove negativity in your life is to cut any ties you have to that particular negativity. Unfortunately, for me, the ties that needed snipping were two of my “best friends.” Two friends who didn’t respect me enough to provide true loyalty. If you’re in a situation where you feel less than someone else, get-the-fuck-out. I was so completely exhausted from dealing with it. There is no time to be miserable in this life. Don’t waste your only chance to live. Get the fuck out, reclaim your happiness and don’t EVER let anyone fucking put you down.

If you’ve been living under a stupid rock for the past year, you may have missed the news that Tom Gabel came out as transgender woman in 2012 and would be furthermore known as Laura Jane Grace. This was a bold move. Something she’s struggled with privately for a number of years. A milestone in her life and career. Above all, it demands respect and respect was given. I think trying to tell people who they can be and who they can be with is complete and utter bullshit. Even Facebook has made it a gender option to be trans. If you love someone, they can be yours. There is no one stopping you. A piece of paper is bullshit. A book of opinions is bullshit. Laura is married and has a beautiful daughter. My brother was married 3 times before he was strong enough to say that he loved men. So. Fucking. What. Of course, if there were more gay rights advocates in our government, I believe there’s be fewer people concerned with who others love. However, we are getting closer to equality each day the more we stand up for our rights. If you’re wasting your time with the concerns of someone else then you’re wasting your life. As stated above, don’t waste your only chance to live. Check out FUCKMYLIFE666, the first single off Against Me!’s new album performed live at The Beacham:

After some lineup refinement, including Fat Mike from NOFX, they settled on Atom Willard (The Offspring, Angels & Airwaves, Social Distortion) and Inge Johansson for drums and bass respectively. Atom Willard is absolutely fucking incredible on the drums. His most common quote regarding this Against Me! tour is “this is so much fun!” Yes, Atom, it really is. Atom beats the shit out of his drums. A passion I directly relate to. It’s such a privilege watching him perform live. Even more of a privilege watching him perform with such an amazing band! I think a drummer can really make or break a band. Atom is such a high energy complement to Against Me! I wish I would have taken a decent pic of him but he was always moving too fucking fast for my Galaxy S4. You can head over to the Shows I Go To Instagram though and watch some of the videos I took.

Sink, Florida, Sink is always one ofthe most energetic songs to witness live. “Panic was lost in a deep understanding that you will see what is wrong with everything; what is wrong with you and me. They make all the right reasons to fuck it up. You’re gonna fuck it up!” Jesus Christmas that song fucking rules. Check out a live video for Sink, Florida, Sink by Against Me! below:

Against Me! played such a perfect set. Old fan favorites and young, from the gut sing alongs accented with a three song encore. Check out the Against Me! setlist from The Beacham Orlando.

After the show, Laura made sure she stuck around to meet her fans and listen to stories. I saw a few instagram pictures of people meeting her and taking pictures. She’s truly a hero to some people. Or rather a “heroine” now or both. She even made it across the street to grab a Vegan Hot Dog from my friend Todd and he snapped a picture with her: 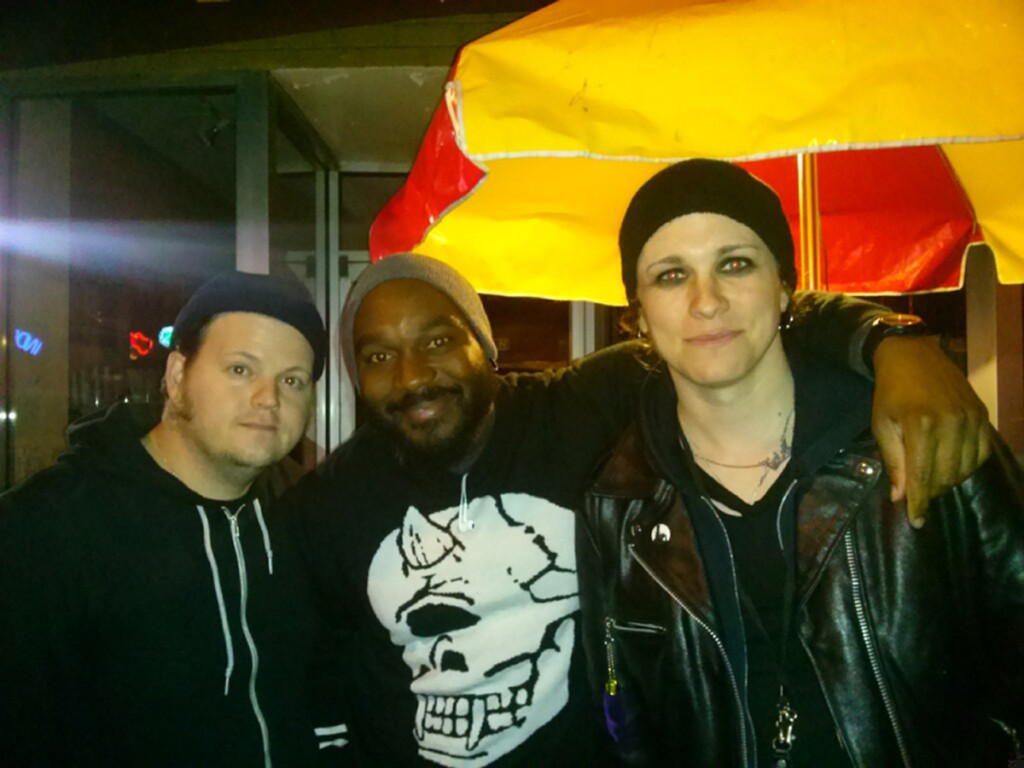