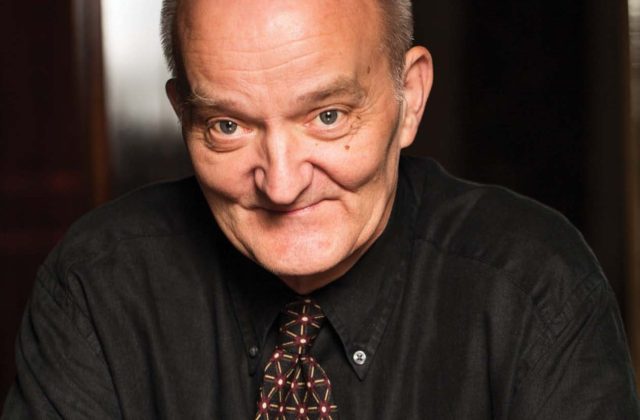 Foreigner, Boston, then Journey goes the playlist at Vittles in Seattle’s ultra-hip Belltown neighborhood. A bald man in his 60s tends bar. The room is nearly empty on a Tuesday night. “More Than a Feeling” has my senses repulsed. Not the bar for me under normal circumstances. Perhaps I’ll leave.

The old man makes eye contact. It is too late to turn and walk out the door. The lone server working one lonely table flashes a warm smile. We are all jukebox heroes for the moment. One beer will not hurt.

The tap list is small but all local. It feels good now that I am seated. Hell, it’s a bar, in Seattle- how bad can things get? The gentleman is a little distracted having conversations with regulars.

“Murray, this guy has a crazy idea for a cocktail.”

“How was your weekend, Murray?”

Everyone else knows the bartender intimately. He comes over and asks a few simple but pointed questions about my life. An artful extraction of relevant details from a seasoned professional. Just the right balance for attentiveness and freedom.

“More Than a Feeling” plays at a level just loud enough to be distracting. I’m out of here after this beer.

Four guys trickle into the bar. They are clearly known to one another, and to…Murray was it? “You’ll want to meet the guy behind you,” Murray says to one fella, gesturing toward me. “He hikes and likes to drink too.”

One beer turns to two. We do have a lot in common. Like most Washingtonians, these guys have a preference for trails over walls. Zeppelin over Bad Company.

“Immigrant Song” appropriately kicks down the barriers between beers two and, maybe, three. I am nearing the end of beer number two. Decision time. This was supposed to be a relaxing last night of vacation- sober and full of good books, a way to reacclimate to normal society.

I sense Murray doing something in my periphery and take for granted he is replenishing my water. A few stories of time spent hiking Utah’s Uintas change hands. I turn around to hydrate and realize Murray has poured me another beer. I wanted one but was not gonna do it. Two drinks is plenty. The plane home leaves early the next morning.

It is fair to assume this one is on the house. If not, fine. This conversation is interesting. “Did you come here for Murray?” someone asks.

“No, I was just looking for a beer and some…vittles.”

“Not here for Murray?!” Tim asks, incredulous. “You know he is famous, right?”

“I was in Brooklyn and the bartender, upon finding out I’m from Seattle says, ‘Oh, do you know Murray?!’”

“My friend went to Thailand and the server asked about Murray.”

“On top of the Space Needle…”

Murray Stenson has been tending bar for forty years. Four decades of stories like this one. He makes a cocktail, chats you up about your life, and remembers the details of the exchange weeks or even years later. No flash, or pretense, just genuine interaction with a person who takes pride in his work.

There is a story about Murray quitting his longtime gig at the famous Pike’s Place Market mid-shift. Murray had some regulars who came in on a busy Valentine’s Day and were denied a drink. Why? The restaurant was for couples celebrating the Hallmark holiday over dinner. Murray went to bat for the pair but they were still refused service. After working in the same place for years, he would finish his shift, then turn in his apron and keys. Murray Stenson was hired elsewhere the next day.

Lex calls over Murray and asks to buy me a shot of tequila. Murray is busy now. He does not forget but takes his time making my shot. It is an artful play, one that feels natural not scripted. He has that sense of timing one gets after years of practice. Because of his timing, I’m more likely to have the unnecessary fourth beer with all these fascinating people welcoming me to town and telling compelling stories. I am fully charmed, totally satiated. Now is the time to gracefully exit.

But, Lex has one more Murray tale to tell. I nurse my last brew not wanting to miss any more of this unexpectedly delightful evening. Murray got sick in 2002. Working in an industry not known for its benefits, he was uninsured. He needed major medical work but could not afford it. Enter: Murray Stenson’s legion of fans and friends. Lex tells me nearly half a million dollars was raised to help Murray pay his bills. Bartenders all around the world put out tip jars to contribute. Donations from all manner of sources poured in to support.

Nights like these drive home humanity’s great potential. It was just a drink, at a random bar, on a Tuesday. A night where music almost drove a rare wedge between me and a fascinating experience.

People like Murray Stenson are going about their work in Seattle, New York, Orlando, Jacksonville, Charleston, and Ferguson. Regardless of who is elected or where we end up politically and socially, our species has the ability to inspire and love on levels we cannot fully grasp. A chance meeting like that of Murray Stenson is exactly what I needed to remind me of that beautiful reality. I leave Seattle with a “peaceful, easy feeling.”