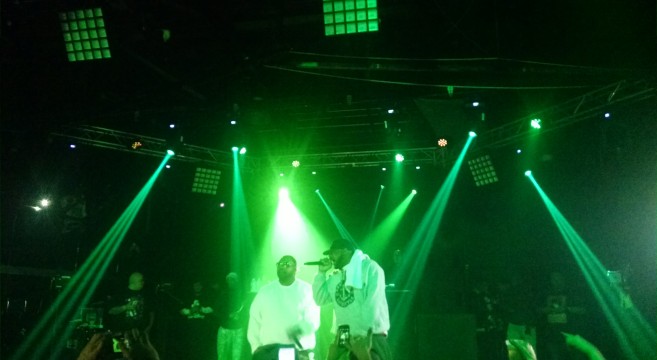 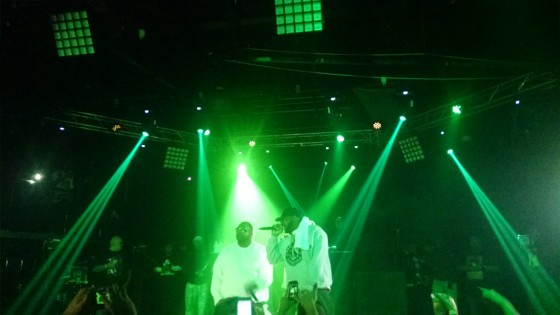 Many “golden-era” legends struggle to stay relevant in the constantly evolving hip-hop culture, which demands both relevance and novelty. The emcees of Shaolin have managed to adapt without altering their style of linguistically-rich street epics which has set them apart from other artists since they began in the ’90s.

The majority of the crowd at Venue 578 were fans seemingly 30 years of age and up, some of which I recognized from the local hip-hop scene. Every other person was clad in Wu-Tang t-shirts with golden lettering and a New York accent was always within earshot. From walking into the concert hall, you could hear mainly “golden-era” classics played overhead, throwbacks from the ’90s with the usual (somewhat snobbery) plea from fans of an era when hip-hop was “pure” and “real,” opinions I remember sharing not too long ago, but I’d like to think my music tastes have grown less rigid over time.

Thinking I’d be late, the show actually started 3 hours after I arrived, with about four or five acts performing in that time.

Out of all the opening performances, the freestyle battle between two local emcees, Air-Jordan and Ro, caught my attention. The lines delivered back and forth between the two were some of the most grittiest and quick-witted lines I’ve ever heard. To see the focus and lyrical mastery of the two, their superb ability for noticing and attacking every tiny obscure detail of their opponent, was on spot and in meter. The DJ’s set up in the background, and the undivided reverence of the audience highlighted that liminoid appeal of hip-hop; that night was like a study in the fundamentals of the culture.

Maybe an hour or two later Ghostface and Raekwon came to the stage, as loud and abrasive as any fan could hope. To see the two up close I couldn’t help but notice all the physical mannerisms and slang of a by-gone era that constantly reminded me of the musical and cultural zeitgeist they emerged from; and how the culture, like any, has evolved since their prime. But despite the contrast, they’ve managed to adapt. The fans responded well to the classics  like “Mighty Healthy,” “Protect Ya Neck,” “Rainy Dayz,” and “Criminology”.

In the middle of the concert, before they were about to perform “C.R.E.A.M.,” Raekwon and Ghostface called up four other members of the audience to perform the absent Wu-Tang verses. Ghostface made sure to note to the rest of the audience: “If they fuck up, let their asses have it!” The fans knew their parts and, by the look on their faces, to be on stage performing with two living legends was a night to they would never forget. 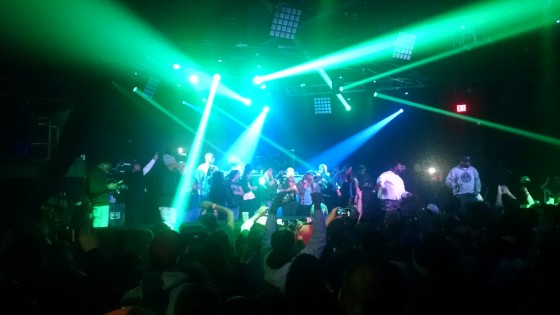 The night even reached a tender moment after “Can It Be All So Simple” with a guest appearance from no other than the late Ol Dirty Bastard’s mother, completely unbeknownst  to the duo.

Towards the end of the show Raekwon had a few words to say. He made reference to his beginnings and stated how he came from an era where it was about “talent, skill, integrity and muthafuckin’ passion,” ideals that well transcend the music. And to close it all off, they told the crowd to make peace signs and raise them in the air with no gap between the middle and index finger, with Ghostface reasoning that “if we want there to be peace, then we got to come together and bridge the gap. No separation. Word is bond.”