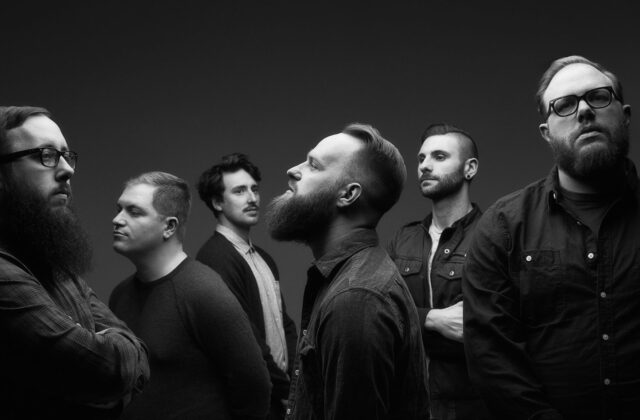 If you’re ready to be both devastated and elated, The Wonder Years are coming through playing both albums The Upsides and Suburbia, I’ve Given You All and Now I‘m Nothing at House of Blues Orlando! Joining the Wonder Years on this tour are Spanish Love Songs, one of my favorite new bands Origami Angel, and Save Face. I highly recommend getting there early for all of these bands as every single one has something different to offer, as well as all being just fantastic bands! Get your butts over to the House of Blues in Orlando on February 24 and get ready to not be sad anymore! These two albums represented, at least to a lot of pop-punkers, the pinnacle of that wave of pop-punk, and still sound absolutely phenomenal even today. The Upsides are celebrating their 12th Anniversary, And Suburbia is celebrating its 11th anniversary and trust me, I’ve already seen this show (I live in Seattle, and saw the second show on this tour) and let me tell you what these songs sound just as good as I remember them. It was probably my seventh time seeing The Wonder Years and they never get old. Just super high energy tons of crowd call backs and you really just feel right at home, especially in one the safest spaces in pop-punk out there.

The Wonder Years formed just outside of Philadelphia in 2005. They formed out of the ashes of an old band named The Premier. They quickly signed to No Sleep Records in 2007 and released their first album, Get Stoked On It! that same year. They then released The Upsides in 2010 and basically never saw the ground floor again. Suburbia came out in 2011, followed by The Greatest Generation in 2013. After that they changed their sound a little bit and released No Closer to Heaven and the Burst & Decay project in 2015/2017, with their most recent release Sister Cities in 2018. They are considered a pop-punk band, however, I would consider them more sad-punk, or emo-pop. Featuring three guitars along with a keyboardist, there are well built guitar and vocal harmonies, as well as lots of crowd participation built into songs with callbacks and sing-a-longs a plenty.

Suburbia is one of my favorite albums ever. It helped get me through a very rough time in my life after a pretty hard break up, as well as coming to grips with moving out on my own and kind of just transitioning into a real adult. On the record, there are songs about life, aging, death; overdose, addiction; breaking up, getting back together, coming of age. just the full spectrum. Easily my favorite song on the album has to be “Don’t Let Me Cave In,” but an argument can be made for pretty much any song on the album. I’ve probably listened to this album 50+ times in 11 years, and I’ll definitely eclipse triple digits in the next 11.

The Upsides I’m not as familiar with, only because I hadn’t really been introduced to TWY when it had come out, nor listened to it as obsessively (I was introduced to them during the Suburbia release time), but that doesn’t mean that this album doesn’t deserve all the praise. The Upsides is really where TWY honed their sound and came into their own with both songwriting as well as aesthetically, with “I’m Not Scared Anymore” becoming their tagline, and the introduction of Hank the Pigeon, whom graces the front cover of Suburbia.

We’ve teamed up with Live Nation FL to give you a chance to WIN GA TICKETS to THE WONDER YEARS at either House Of Blues in Orlando on February 24, 2022!