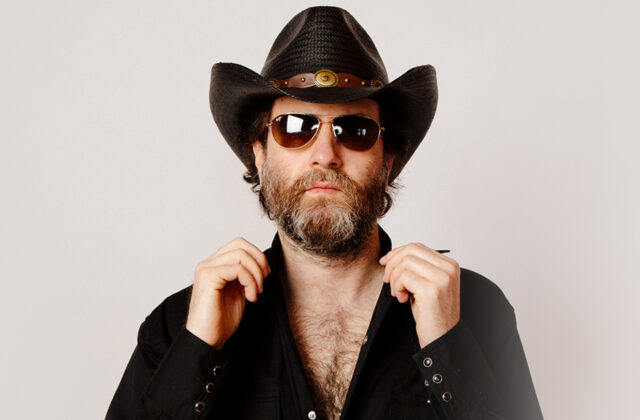 Wheeler Walker Jr., country singer and comedian, is coming to Florida to play THREE panty droppin’, mud slingin’, and rip snortin’ shows. You have probably heard some of his hits already, songs like “She’s a Country Music Fan” and “Drop ‘Em Out” have taken over Tik Tok and various memes across the Internet. The first show will be at The Plaza Live in Orlando on June 24th, the second at The Ranch in Fort Myers on June 25th, and the last at Jannus Live in Saint Petersburg on June 26th (TICKETS TO ALL 3 DATES HERE!). His real name is Ben Hoffman, and actually has a long history in comedy and writing, having written sketches and episodes on Sports Show with Norm Macdonald, Archer, and The Late Late Show with James Corden. However, the character of Wheeler Walker Jr. would not come about until 2013 on a show he wrote, produced, and starred in called The Ben Show where an early version of Mr. Walker appeared and sang his first song “Eatin’ P*ssy, Kickin’ Ass”. From then on, he became the outlaw of country music. His wildly obscene and raunchy lyrics have made many laugh, but have made just as many outraged. The beginning of his country music career was filled with doors in the face by labels and record companies refusing to sign him because of the content of his songs. This changed when he was introduced to Grammy award winning producer Dave Cobb, who would let him record an album the way he always wanted to.

Since then, Wheeler has released three albums, all which have reached #1 on the Billboard Top Comedy charts and have placed on the Top Country charts. His first album, Redneck Shit, actually became the 2nd best-selling comedy album of 2016. Besides being outrageously funny, Wheeler’s sound is actually remarkable. For satirical country music, he does not waste his time making bad music. If listened to without paying much attention to the lyrics, the music stands alone with no question. Whether you want to hear some good ‘ol country or want to have a real laugh, come out and see Wheeler Walker Jr!

We’ve teamed up with AEG Presents SE to give you a chance to WIN (2) GA TICKETS to WHEELER WALKER JR. at Your Choice:
• The Plaza Live in Orlando, FL on June 24th
• The Ranch in Fort Myers on June 25th
• Jannus Live in Saint Petersburg on June 26th, 2022