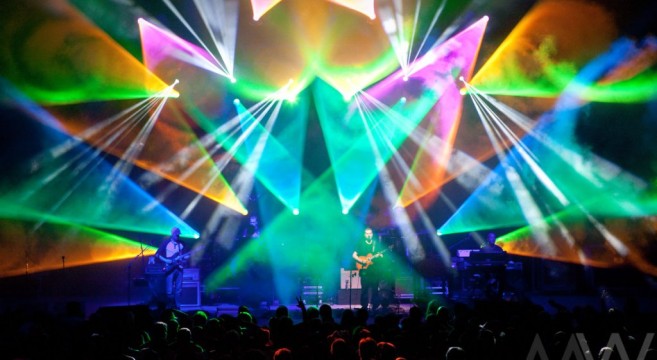 “Life is what happens to you while you’re busy making other plans.”

That quote is quite fitting as Umphrey’s McGee is fresh off their release of The London Session,” recorded in one 12 hour session at Abbey Road Studios. Sometimes you just have to roll with the punches. That is exactly what Umphrey’s McGee did when they were forced to have a last minute venue change for the much anticipated “The Fort” shows.  The original venue was to be Fort Clinch in Fernandina Beach, FL.

The idea was to have a show held inside the fort.  It would have been the first concert held inside Fort Clinch, built in the 1840’s.  The two-day concert would have raised money for the upkeep of the fort itself.  But due to last minute worries that the fort could not withstand the epic jams of Umphrey’s, Fort Clinch will continue to be rock-less.  When it was decided the event could not take place at the original venue, team UM kicked into high gear to find a way to keep rocking in the free world.  The St. Augustine Amphitheatre quickly became the new home for the event.

With the change of plans, the name of the event was changed as well to “Making Lemonade.” They were handed lemons and they made lemonade, with St. Augustine Distillery Vodka.  Game on!

To be quite honest, I think the change of venue worked out better. Yes, it would have been incredibly monumental to go to audible war in a 19th-century fort, but capacity was limited. And, who knows, the music may have brought long perished confederate soldiers to life for a Weekend at Bernie’s” fashion.  With the move to the St. Augustine Amphitheatre, more fans were able to attend and more ears and eyes were able to soak up the glory that is a live performance by Umphrey’s McGee.  Attendees had plenty of space to rage, dance, and air guitar while the band had a larger stage with great sound and lighting systems.

The event had a relaxed vibe in its beachside location. The parking lot to the venue opened early to allow tailgating and pre-gaming with music by Lucky Costello the first night and The Corbitt Brothers Band the second.  Upon approaching the venue, it was clear to see that everyone was here to have a real damn-good time.

Both nights Lettuce opened up the billed music with an extended set. Ain’t no better way to get a party started than with the funky tunes of those dudes.  It was impossible to stay seated with the fat bass lines by Jesus Coomes, the lively horns section, and the ever-energetic, Nigel Hall rocking the stage. 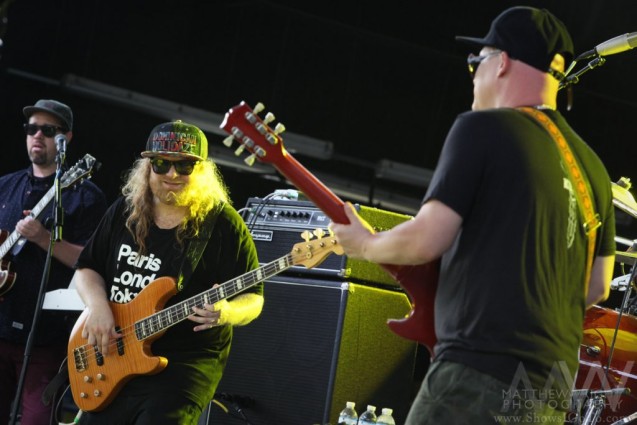 Umphrey’s McGee is unmatchable in live performance.  To see them play is to stimulate every sense one has.  The syncopation of the sextet is about as tight as any band could ever hope to be. Umphrey’s is one bad ass team with one bad ass goal: amazing shows.

The guitar licks of Jake Cinniger and Brendan Bayliss intertwine to lift one’s spirit to the cosmos as Ryan Stasik’s bass lines keep the soul grounded, full and smooth. The versatility of Joel Cummins on keys can take a song in any direction it needs.  Drummer Kris Myers keeps the timing and rhythm moving perfectly. And let us not forget the perfectly placed accents added by percussionist, Andy Farag. None of this would be the same without the incredible lighting show provided by lighting designer, Jefferson Waful. Chris Mitchell, front of house sound engineer, was there to make sure every note sounds perfect.

I am often asked to describe the sound of Umphrey’s.  That task is damn near impossible.  If I had to try, I would have to paraphrase and alter an analogy from James Franco in Pineapple Express:

This is like if Rush met Van Halen … and they had a baby. And then, meanwhile, Yes and Metallica met and had a baby. And by some miracle, those two babies met and fucked [and that baby took acid at a Phish concert] – this would be the shit that they birthed….. this is the product of baby fucking.

Each night saw two full sets by Umphrey’s McGee; all chock full of rock. Between the two nights, they played almost every track from their latest album release, The London Session.  If you are unfamiliar, Umphrey’s is praised for their covers and tend to play at least one per show. The first night, they rocked an overwhelmingly frantic cover of “Making Flippy Floppy” by Talking Heads, with a mind-blowing jam that made me forget where I was and who I am. When they came back into the song, the world began to make sense once again.

The second night saw a cover of “I Got Love” by Nate Dogg.  For this, they brought out some cohorts from Lettuce–Jesus Coomes on vocals, Nigel Hall on keys, Ryan Zoidis on saxophone, and Eric Bloom on trumpet. It was gangsta. No conversation. Blunts in rotation.

A new song, “Piranhas,” was showcased in the first set of the second night.  From the sound of it, Umphrey’s has plenty of gas left in the tank for the long road of rock that lies ahead. I have to say, the highlight of my weekend was “Wappy Sprayberry” > “Ringo” > “Wappy Sprayberry” — a 25-minute stretch of absolute unrelenting lawlessness.  The jam in Ringo got downright evil and even featured a little White Zombie “Thunder Kiss ’65.”  I lost my shit and was ready to worship the devil.  Shit was cray!

In recent years, it seems Umphrey’s McGee have warmed up to the Sunshine State as they have been coming through on a more frequent basis.  At the end of the Saturday night show, they officially announced they will be back in Florida August 21-23 with stops in Orlando, Miami, and St. Pete. It appears Umphrey’s loves Florida, and we sure as hell love them. 🙂

Watch some awesome video footage from Friday night which includes almost the entire show from many different spots around the venue, courtesy of The Sober Goat! You can also check out The Sober Goat’s photos HERE.