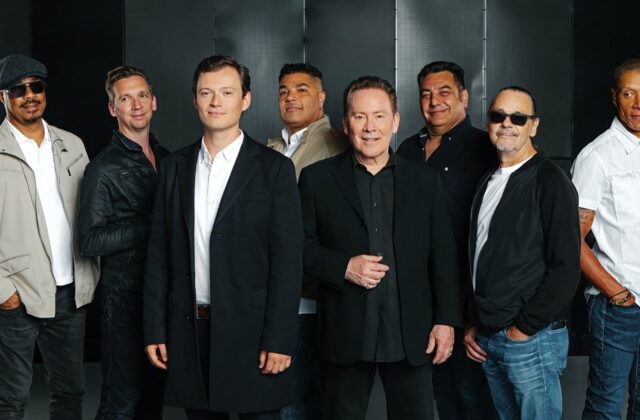 UB40 are an English reggae/pop band, formed in Birmingham, England (1978). The band has had more than 50 singles in the UK Singles Chart and sold over 70 million records worldwide. The ethnic make-up of the band’s original line-up was diverse, with musicians of English, Welsh, Irish, Jamaican, Scottish, and Yemeni parentage. In 2021, UB40 released Bigga Baggariddim, their 21st album, which features collaborations with artists from the original Baggariddim (1985) and newer reggae artists. Songs on the new album include “Good Vibes Tonight” and “Message Of Love”, while guests include Tippa Irie, KIOKO, House of Shem and Inner Circle.

Their hit singles include their debut “Food for Thought” and two Billboard Hot 100 number ones with “Red Red Wine” and “Can’t Help Falling in Love”. Both of these also topped the UK Singles Chart, as did the band’s version of “I Got You Babe”. Their two most successful albums, Labour of Love (1983) and Promises and Lies (1993), reached number one on the UK Albums Chart. Now, you can experience these legendary artists performing live, under the stars, at the beautiful outdoor venue Jannus Live located in the heart of St. Petersburg, FL.

For one-night-only (August 30) you can feel the good vibes with special guests The Original Wailers (featuring Al Anderson), Maxi Priest, and Big Mountain providing opening support. GET TICKETS HERE! If you are unemployed, or simply cannot afford tickets, please fill out the Unemployment Benefit, Form 40 below for a chance to win!

We’ve teamed up with AEG Presents Southeast to give you a chance to WIN (2) TICKETS to UB40 at Jannus Live in St. Petersburg, FL on August 30, 2022!