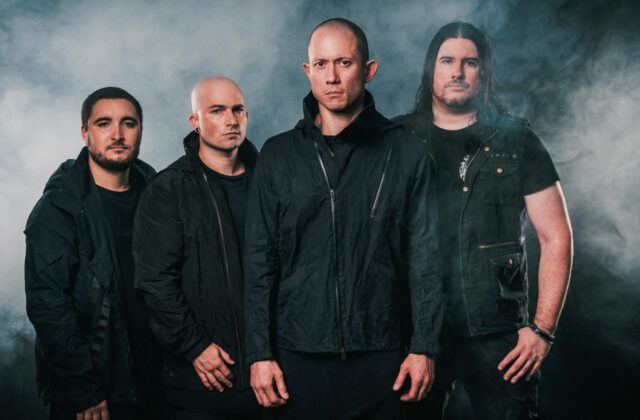 Trivium, one of the most successful bands to form in the great city of Orlando is back on tour and headed to the place where it all began! On Sunday, October 16th you can see one of the “Big Four” of New Wave Heavy Metal at the House of Blues of Disney Springs, Orlando. This tour, called, “The Deadmen and Dragons Tour,” a nod to the titles of their last two albums, 2020’s What the Dead Men Say and their most recent 2021 album In the Court of the Dragon. Opening support is also being brought to us by Between the Buried and Me, Whitechapel, and Khemmis. GET TICKETS HERE! The group formed in 1999, Orlando and currently consists of vocalist and guitarist Matt Heafy, guitarist Corey Beaulieu, bassist Paolo Gregoletto, and drummer Alex Bent. Their sound has been described as heavy metal, thrash metal, melodic metal, metalcore, and even progressive metal. With almost every song delivered with dual guitar harmonies, double bass drum patterns, and breakdowns galore, there is really no other way to say Trivium flat out rocks.

The group has been on a steady pace of releasing excellent metal, but fans have been blown out of the water by the release of the aforementioned In the Court of the Dragon. This is the group’s tenth studio album. According to all known laws of popular music, this should be the album to suck the most, right? Wrong! In fact, long-time fans are raving that this is one of their best releases in years. When the COVID lockdown happened in 2020, the band was no longer touring. Instead of finding new musical material on tour like they usually do, they hunkered down and quite literally went back to the garage to jam out and build this newest album from the ground up. And it surely shows! Since its release, the album has received the number 13 spot on the Kerrang! 50 Best Albums of 2021 and the title track “In the Court of the Dragon” holds its number 16 position on the The 35 Best Metal Songs of 2021 from Loudwire. Drop whatever plans you may have on Sunday, October 16th and get your butt over to the House of Blues in Orlando for a Trivium show you won’t soon forget! GET TICKETS HERE!

We’ve teamed up with Live Nation FL to give you a chance to WIN (2) TICKETS to see TRIVIUM at House of Blues Orlando on Oct 16, 2022!