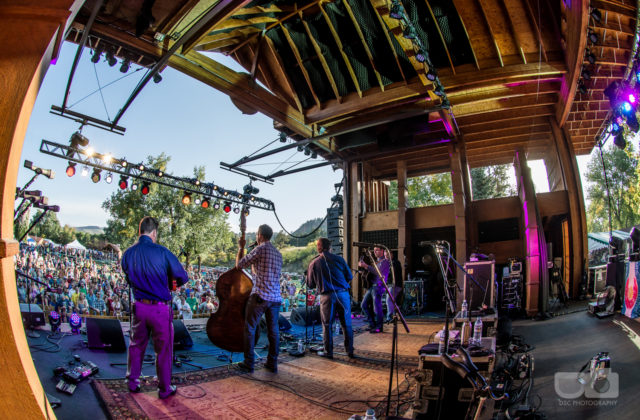 The Travelin’ McCourys may be the best touring bluegrass band in the world. As members of the Del McCoury Band, the boys stay fairly close to traditional bluegrass waters. They are nearly unrivaled in that realm. Without their legendary patriarch, the McCourys explore everything from funk and soul to the Grateful Dead.

Ronnie McCoury says, “We like to go in and play traditional bluegrass music the way we do it with Dad, but we also like to be able to step into situations where we can really stretch out. If we need to plug in, we’ll plug in. We’re open to anything.”

This author has had the pleasure of catching The Travelin’ McCourys at Spirit of the Suwannee Music Park in many different incarnations- whether with Keller Williams, on their own, or as members of the Del McCoury Band.

Live the McCourys are as likely to play a Grateful Dead cover as they are to mimic Bill Monroe’s Bluegrass Boys. Their tight, professional musicianship and the affable nature of their onstage demeanor make for an absolute blast. Watching the Travelin’ McCourys is always both a clinic and a really good time.

Rob, Ronnie, and the boys take the stage at Ponte Vedra Concert Hall on Saturday, January 20, 2018- one of the best bluegrass bands in the world, playing one of our favorite venues in Florida.

Click Here to Buy Tickets to The Travelin’ McCourys