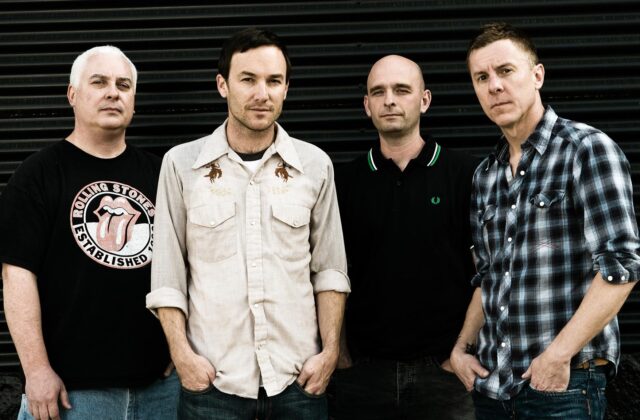 Get ready for a good ol’ awesome show, because Toadies and The Reverend Horton Heat are on the road across America as part of the “Rubberneck 25th Anniversary Tour.” You can see them on Thursday, October 27th at the House of Blues in Orlando! Here’s the best part: Toadies will be playing their 1994 album Rubberneck album in its entirety as well as Reverend Horton Heat playing his entire 1994 album Liquor in the Front! It is not every day we get to witness albums like these two, modern classics, played by their creators right in front of us. GET TICKETS HERE! In 1994, brilliant and timeless music was being created left and right. Just to name a few; Weezer’s self-titled debut album, Jar of Flies by Alice in Chains, the seminal rap album Illmatic by Nas, and you guessed it, Rubberneck, the debut album from the Toadies. It received platinum certification by the RIAA and is probably best known for the song “Possum Kingdom”, named after a lake in Texas with the same name. This song has been on my playlist since I was old enough to make playlists and is a heavy hitter when it comes into my earbuds at the gym.

Jim Heath A.K.A. The Reverend Horton Heat is a Dallas, Texas-based psychobilly trio. That’s psychobilly as in “psychedelic-rockabilly”. The beautiful combination of genres no one knew they needed. The group plays rockabilly standards with a buzzing and shredding guitar tone that also fuses the likes of surf rock, punk, big band, and country. The band was formed in 1986 and currently consists of Jim Heath on guitars and vocals, Jimbo Wallace on the upright bass, and Jonathan Jeter on drums. Their album Liquor in the Front has something special in every song. Straight from the get-go, the song “Big Sky” sets up the tone for the wide and diverse range of sound this album is about to take you on. As a sucker for surf rock, I also love the aptly named surf inspired song “I Can’t Surf”. For one unforgettable night, come out and see Toadies and Reverend Horton Heat, October 27th at the House of Blues in Orlando!

We’ve teamed up with Live Nation FL to give you a chance to WIN (2) TICKETS to see TOADIES + REVENERED HORTON HEAT at House of Blues Orlando on Oct 27, 2022!