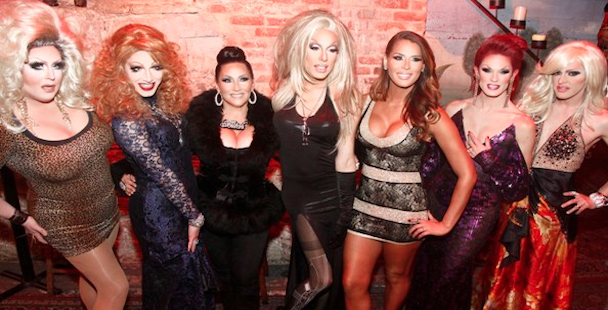 I’ve been to a few Drag shows in my life, but nothing will be as queen-tastic as RuPaul’s Drag Race: Battle of the Seasons tour! The event, hosted by the beautiful and talented, Michelle Visage, will feature performers from the television series RuPaul’s Drag Race (Obvi). Performers include, Alaska Thunderfuck 5000, Adore Delano, Bianca Del Rio, Detox, Ivy Winters, Jinkx Monsoon, Phi Phi O’Hara, Sharon Needles, Cary NoKey, and special guest, Xelle. Mmm-hmm!

These beauty queens will be gracing Orlando with their fabulous presence on Wednesday, April 1, 2015 at The Plaza Live (if u a cheap b*, you can enter to win some free tickets below.) 😉

C’mon honey! Reach down, tuck it back, and pull out your inner queen! This is not a show to miss, Miss! Want to win 2 Tickets to RuPaul’s Drag Race: Battle of the Seasons at The Plaza Live in Orlando, FL on Wednesday, April 1, 2015?! There are several ways to enter!*

TICKET GIVEAWAY: RuPaul’s Drag Race Battle of the Seasons at The Plaza Live in #Orlando!”C’mon honey! Reach down, tuck…

Get Tickets RuPaul’s Drag Race In Orlando HERE. (You can always give them to someone else if you win)