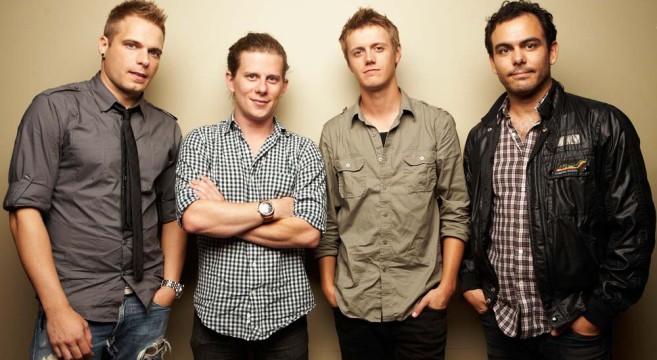 I remember it like it was yesterday, September 2005 and I was watching F– USE (when F– USE actually played good music) and a band named Cartel comes on with the there hit song, “Honestly,” and I was instantly hooked. I knew the next time I could get to a Hot Topic, or anywhere else that had Cartels highly acclaimed Chroma album, I’d be making the purchase. Here is that song that got me hooked!

Flash forward to April of 2015, Cartel has reunited its original lineup and is about to embark on its “Chroma 10 year anniversary tour.” Not only will they be playing the album from front to back but will be bring along some great opening acts! The tour consists of pop punk heavy hitters Hit The Lights, who just released their album, Summer Bones. Indie rockers TEAM*, and Driver Friendly. You won’t want to miss this very special night coming to The Beacham in Orlando, FL on Saturday, April 25th (win tickets below). Come out and enjoy a night of great music and definitely some great nostalgia.

Want to win 2 Tickets to CARTEL at The Beacham in Orlando, FL on Saturday, April 25, 2015?! There are several ways to enter!*

WIN 2 tickets to see Cartel on their ‘Chroma’ 10 Year Anniversary Tour at The Beacham in Orlando! :DEnter Here >>> http://showsigoto.com/ticket-giveaway-cartel-chroma-10-anniversary-tour/

Get Tickets to CARTEL In Orlando HERE!  (You can always give them to someone else if you win)