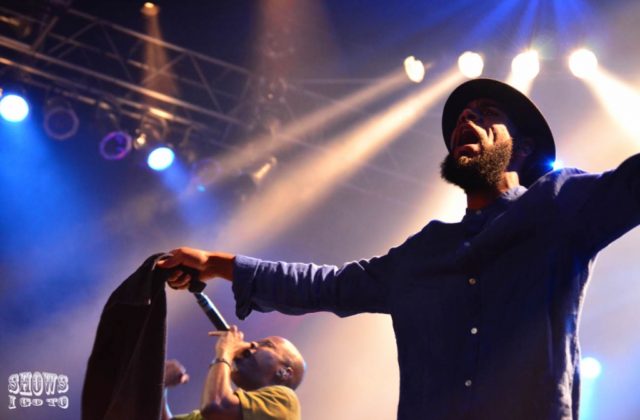 On a crisp cool Sunday night at House of Blues Orlando, Thievery Corporation put on a phenomenal performance for a packed house. Formed in Washington D.C. in 1995, Rob Garza and Eric Hilton started their journey to where they are today. The album that first got me into them was The Mirror Conspiracy. They performed several songs off this album, which included “Le Monde” and “Illumination” and the next to last song of their encore, “Lebanese Blonde.” They opened the night with the first track off the album The Richest Man in Babylon, “Heavens Gonna Burn Your Eyes.” This set the evening off right. They also played songs off several of their other albums, which were all amazingly done live. 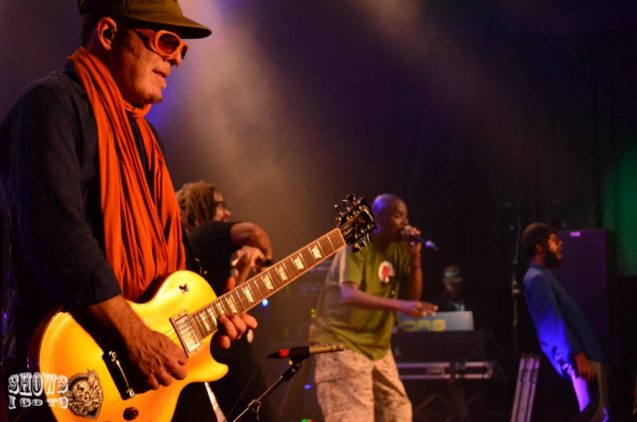 For someone who is not familiar with what this band does live, you would be amazed at how much attention to detail is done on stage, with percussion, instrumentation, and vocals. Having six different vocalists can be a challenge, but each one brought a distinctive singing style and variation to each song that made everything you hear on an album come to life right in front of your eyes. I was especially pleased with “Take My Soul.” The vocals glide seamlessly over the smooth bass line and chill beat. Another song that really stood out was “Americmacka” which is a reggae/dub style track. Chill bass lines that just create a groove that makes you sway from side to side. That — coupled with horns and electronics that round out the song as well as uplifting vocals — make it great to dance to.

The collective put on an incredible show full of energy and inspiration. Six different vocalists, a guitar, bass, sitar, percussionist, drummer, and Rob Garza (DJ/producer) entertained the audience with music that made you move your hips and dance the night away. The sonic landscape that was covered was vast. They took you on a journey of several styles of music that all just made sense. Indian Classical, Middle Eastern, Trip-hop. Acid Jazz, Dub/Reggae, Bossa Nova, electronica, and hip-hop are all the styles that they encompass. Rob Myers, Loulou Ghelichkhani, Natalia Clavier, Frank ‘Booty Lock’ Mitchell, Mr. Lif, Jeff Franca, and Ashish Vyas all did a stupendous job with their live performances. 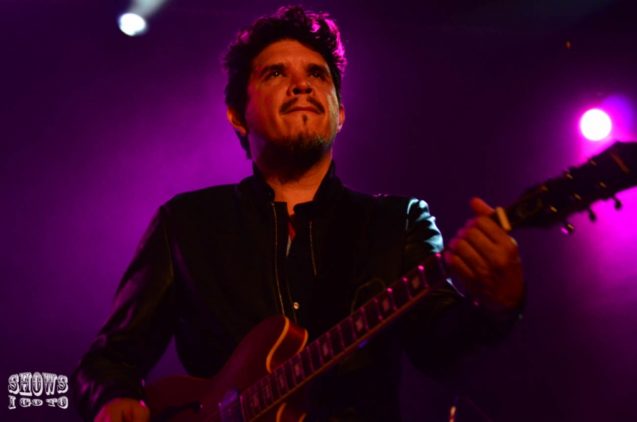 Opening the show was Chakra Khan, an ORL duo of fantastic talent. Alexandra Love and DiViNCi of Soliloquists of Sound put on an excellent performance that was a mixture of silky smooth vocals and incredible musicianship. DiViNCi hammered away on his electronics to produce delectable soundscapes for the ears to enjoy. Alexandra Love’s soulful voice danced over top of what DiViNCi was laying down with elegance and grace. She truly has an amazing voice. They ended their set with a cover of Nirvana’s “Smells Like Teen Spirit.” It was a very cool rendition of the grunge classic. I highly recommend getting out to see them. As for Thievery Corporation, I most certainly look forward to seeing them next time they come through. 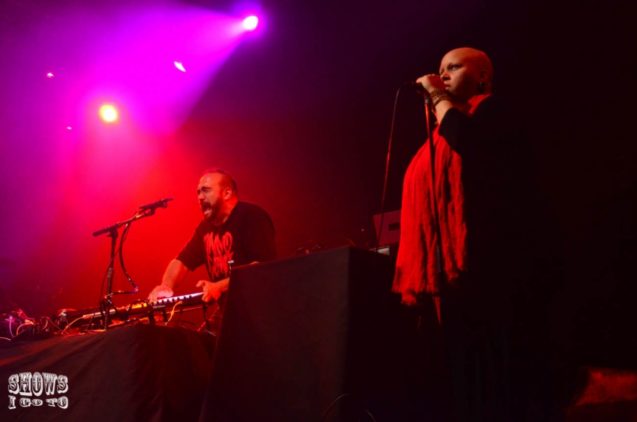