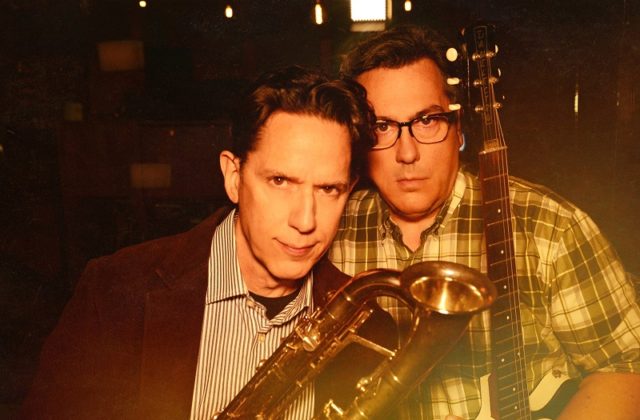 Many of us came of age with They Might Be Giants’ blend of zany and infectious tunes. Songs like ‘Particle Man’ and their cover of ‘Istanbul (not Constantinople)’ by The Four Lads are instantly recognizable for generations of people. If the first quote did not get the sounds of They Might Be Giants in your noodle, the mere mention of the second title probably did.

GET TICKETS TO THEY MIGHT BE GIANTS IN PONTE VEDRA

RSVP TO THEY MIGHT BE GIANTS IN PONTE VEDRA HERE!

Since 1981, Brooklyn-based They Might Be Giants has built a robust and diverse catalog that finds them equally at home writing a children’s album about science as they are performing their own brand of alternative rock in front of the late night set on Conan. Songs like ‘Answer’ are reminiscent of Pavement on Zoloft.

Researching this preview was a blast for this author, a child of the ’80s and ’90s. ‘Particle Man’ was featured on the 1990’s cartoon Tiny Toons and “Istanbul (not Constantinople)” was ubiquitous in my childhood. But this piece was not simply a labor of nostalgia. They Might Be Giants have continued to produce at a high level since the halcyon days of my youth.

Two Grammy awards, twenty albums, and over 2,000 shows have transpired over thirty-plus years in the business, and They Might Be Giants is clearly far from finished. Jon Linnell and John Flansburgh have contributed to film scores and made more than a few very grown-up albums. Their latest record, I Like Fun, is set for release on January 18th. The first single is, “I Left my Body,” and it sounds like the inner monologue of an aspiring indie rocker after a Black Mirror binge.

Whether battling existential angst or educating the kids, They Might Be Giants continue to deliver clever, catchy tunes that run the thematic gamut from fun and silly to complex and heady. Expect a little bit of everything when they bring their legendary live show to one of our favorite venues in Florida, the cozy and intimate Ponte Vedra Concert Hall.

Shows I Go To and SJC Venues want to send you there for free! Enter to win tickets below. GET TICKETS TO THEY MIGHT BE GIANTS IN PONTE VEDRA

RSVP TO THEY MIGHT BE GIANTS IN PONTE VEDRA HERE!

Want to WIN 2 TICKETS to They Might Be Giants at Ponte Vedra Concert Hall in Ponte Vedra, FL on Wednesday, January 24, 2018?! There are several ways to enter!*

They Might Be Giants Ticket Giveaway by Jason Earle.