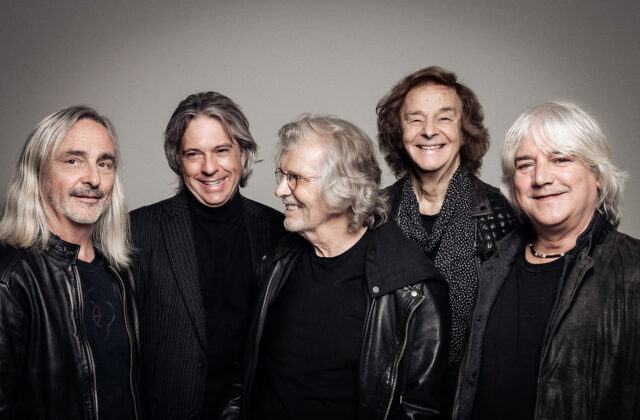 It’s 2022 and the best advice I can give you is to run towards The Zombies. Now, I know what you’re thinking: won’t they eat my brains? No! These Zombies are here to make you dance and have a great time kicking-off their 2022 “Life Is A Merry-Go-Round” North American Tour at The Plaza Live in Orlando on April 1st. No, this isn’t an April Fools joke. It’s more of an invitation actually. The British Invasion band, The Zombies, are responsible for some of the biggest songs of all time like “Time of the Season,” “She’s Not There” and, “This Will Be Our Year!” Fans will get to hear some of the new material at these shows from their new CD/DVD, The Zombies Live from Studio 2, recorded live at London’s Abbey Road Studios. Talk about a great incentive you to BUY TICKETS HERE! Full list of dates below. English rock band, The Zombies, was formed in the early 1960s and had their first Trans-Atlantic hit with “She’s Not There” in ‘64! This 50+ year old band is led by keyboardist and vocalist Rod Argent and vocalist Colin Blunstone. Dishing out decades of psychedelic pop, rock legends, The Zombies, recently joined the Rock N Roll Hall of Fame in 2019. The Zombies are still making great music with a Billboard charting “Still Got That Hunger” in ‘15. Come to The Plaza Live in Orlando and find out for yourself why The Zombies are still touring. Their sophisticated melodies, chill vocals, and jazz inspired music help them to achieve great success on tour with triumphant performances.

Supporting these rock ‘n’ roll greats is legendary singer/songwriter Bruce Sudano. He is promoting his new solo project, Ode to a Nightingale. He also has a hit single on the radio called “Fatal Love” you should check out. The animation on the video is worth a watch. The Plaza Live was Orlando’s first 2-screen movie theater. It has now been converted into Orlando’s premiere live concert venue, offering a wide range of concerts, comedy acts, and cultural events. The seated balcony and wide open floor provide a myriad of accommodations for guests as well as their bars down stairs in the main lobby. The sound and lights are always great at this seated venue in the heart of The Milk District and it’s the only venue with a raked stage so always have a clear view!

It’s Spring and the “Time of the Season” to sprint to The Plaza Live for an exciting performance from the British psych rockers, The Zombies!

We’ve teamed up with The Bloom Effect to give you a chance to WIN (2) GA TICKETS to THE ZOMBIES at The Plaza Live in Orlando, FL on April 01, 2022!