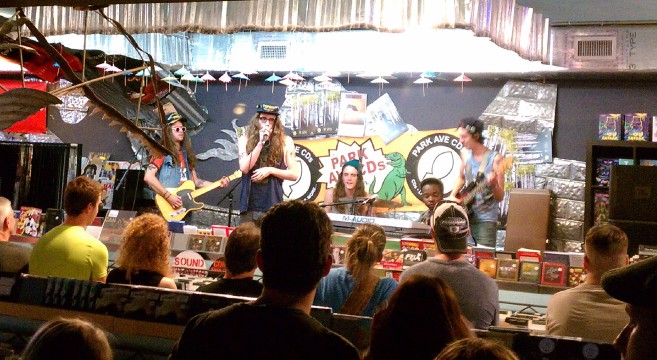 Wow. This band is fucking fantastic.

Three of the dudes have long ass hair down to the middle of their backs. Two are twin brothers. One badass bass player that wears cool tank tops with eagles and shit on them. And a suave black dude on keyboard. C’mon. Tell me that doesn’t sound fucking awesome!?

Their music is just as badass as their looks. Let’s just get started by having a listen to this: The Weeks – Buttons Video.

I got to see this band two days in a row. Friday at Park Ave CDs (for free!) and Saturday in Tampa at the Funshine Music Festival.

Park Avenues CDs in Orlando is the most badass record store ever. I said it. I am very fortunate to live a bike ride away from it. They are so badass that they put on free shows every now and again. And yes, you guessed it, this time it was The Weeks! For Free. I’ve seen a lot of bands at Park Ave – Brand New, Rocky Votolato, Band of Horses, The Matches, Fitz and the Tantrums, Manchester Orchestra, just to name a few… They also had a cool local bar called The Matador donate a free keg of beer for us to get drunk on! This should concrete my statement of them being the most badass record store ever (it’s really because they have such amazing customer service).

The Weeks fought Friday afternoon rush hour traffic through Orlando and made it to play for their anxious fans at Park Ave. They even pushed the door times back at their show later that evening just so they could stay after their set to meet fans and sign posters and shit. I brought a few friends with me to the show. We all fell in love with this band. Here’s a shitty pic:

I’ve been listening to the new album that came out April 30 – Dear Bo Jackson on repeat since the show. They recently put out a Video for their lead single titled Brothers In The Night. Check out the fun Brothers In The Night Video below and tell me if you were expecting that voice to come out of that face!

As of now, my favorite song on their record is King-Sized Death Bed. You have to go check that shit out on Spotify or just buy the whole damn album. It’s totally worth it.

I was eager once I left Park Ave. Eager because I knew I would see them perform a full set the next day at the Funshine Music Festival. And, Holy Shit. They were awesome. Their set was fun and full of great songs. I was a little drunk because I chugged a few beers in my car before going into the festival to minimize my purchases of the $11.00 beers they had inside. It was like 3:30 in the afternoon, I’m pretty sure I was already sunburnt, and I was singing along like a little kid (or drunk person). Here’s a shitty pic: 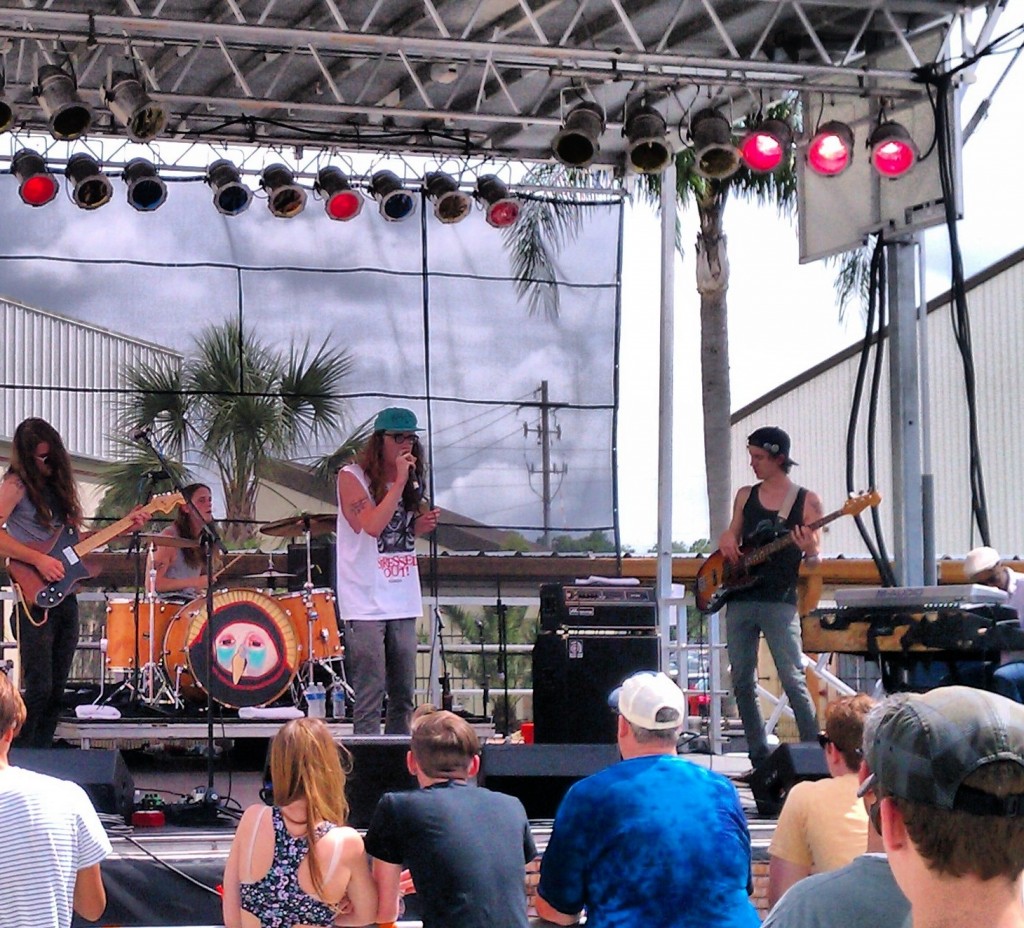 A lot of people in the crowd knew “Buttons” as they were excitedly saying “Ooo! This is the one!” It was a lot of fun watching them play. They mentioned they were going to watch Ted Nugent after their set. They put up pictures to prove it. They also took a freaking crazy picture while riding the Gravitron! (Are you lost? – Let me explain. The Funshine Music Festival was not just music. It was the entire state fair + awesome bands wrapped into a cute little package. All rides were included in the price of entry: $25.00. Totally worth it. Review coming soon.)

Check out their instagram for the crazy upside down picture of the them riding the Gravitron and watching “The Nuge.” The Weeks Instagram.

Keep up with the on The Weeks Facebook and GO SEE THEM LIVE!!!