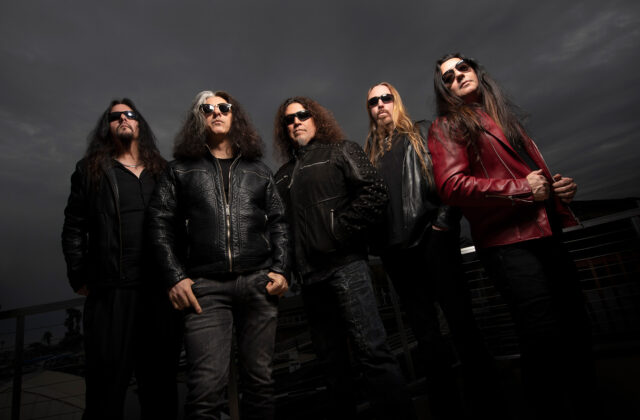 Three power houses of thrash are on tour once again! Testament, Exodus, and Death Angel are out on “The Bay Strikes Back Tour” as part of the release of the newest Testament album Titans of Creation. See these legendary face-melters on Sunday, September 18th in St. Pete at Jannus Live for a night you won’t soon forget! GET TICKETS HERE!!! Testament has been credited as one of the leaders in the second wave of thrash metal in the late 1980s. The group first formed in Berkeley, California, and has released thirteen studio albums, four live albums, five compilation albums, and twelve singles. Not to mention, their rightful place in the “Big Eight” of thrash metal for bringing the genre to the forefront in the 80’s. This list also includes fellow bands Exodus and Death Angel as well as Slayer, Metallica, and Megadeth. Testament has sold over 1.4 million albums in the United States since the beginning and over 14 million copies worldwide.

This tour should be marked in the history books, when else are you going to see a line up of true pioneers like this? I would argue these three bands not only represent thrash metal in its purest form, but where would rock music be today if these giants of the industry never existed? Thrash metal gives us the chance to unleash the inner beast, say F.U. to the man, and bang our heads until we need an Aspirin.

Any self respecting metal fan won’t miss the opportunity to witness these legendary artists live. Come out and be a part of “The Bay Strikes Back Tour,” September 19th at Jannus Live for a night of Thrash Metal! GET TICKETS HERE!!!

We’ve teamed up with AEG Presents Southeast to give you a chance to WIN (2) TICKETS to see TESTAMENT at Jannus Live in St. Pete, FL on September 18, 2022!