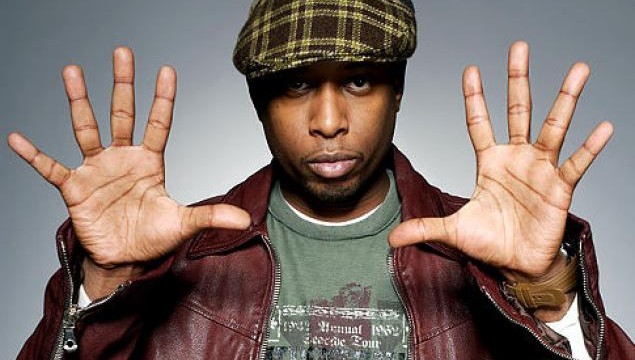 “The City Beautiful” is presenting another opportunity to catch a legendary hip hop artist live, for only $15! Talib Kweli will be performing on Saturday June 20 2015 at Venue 578 in Downtown Orlando for another promising path down the Hip Hop Junktion (Win tickets below). Doors open at 10:00 PM and the show is open to all individuals 18+, bottle service is being offered to those 21+, contact Venue 578 at 407.883.9033 for more information.

The event is being presented by Conscious Mind Records and it is guaranteed to be an enlightening experience. D. Royale from FM 104.5 “The Beat” will be mixing on the mainstage. Zulu Nation, the influential hip hop collective created by Afrika Bambaataa, will be representing with DJ Eyez. Orlando will be showing it’s force in music with local band Family Gang. Each ticket will bring with it the opportunity to witness live graffiti, B Boys dancing, DJs spinning, MCs spitting, and various vendors.

Talib Kweli, the Brooklyn born banger, came into prominence in the early ‘90s with his unique style and conscious lyrics. Most widely known for his work with Mos Def (now known as Yasiin Bey), and Black Star. Talib rose from the backstreets of New York’s boroughs to his place in Hip Hop’s artists of great importance and influence. With tracks like “Get By,” which included a sample from the Gospel Goddess Nina Simone, Kweli has used his artistic abilities to positively change the train of thought for numerous wayward travelers.

It’s obvious why Talib Kweli has remained in the hip hop industry for over 20 years. Kweli is a force for social change and creative encouragement an MC of this standing doesn’t simply fade away without a fight.  Witnessing this kind of passion live only presents itself once in a while. Don’t find yourself at a crossroads this weekend with nothing to do, head down the road to Venue 578 and the Hip Hop Junktion (win tickets below).