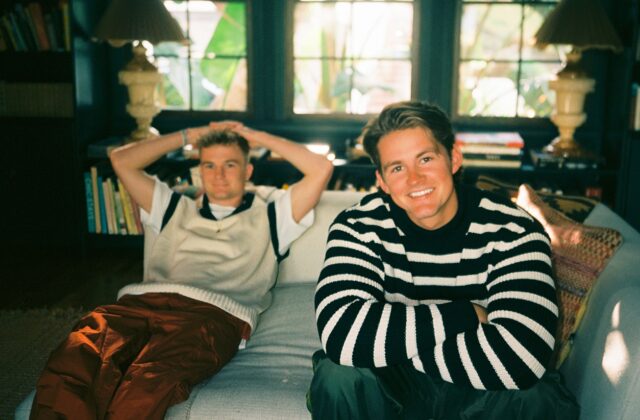 The alternative pop/jazz duo, Surfaces, known best for their song “Sunday’s Best” is headed to Jannus Live in St. Petersburg, FL, October 20, 2021 (TICKETS HERE). Fresh off the release of their fourth studio album, Pacifico, which featured artist Quinn XCII along with others. This album, much like their other work, is a beautiful rework of west coast pop that makes you want to hop in the car and ride by the ocean. With sounds similar to singles “24/ 7/ 365,” “Sunday’s Best,” and “Wave of You,” Surfaces are blending the best of their work from the previous three studio albums to put together an album with sounds so original and fresh. Pacifico is a 16 song masterpiece that will stand the test of time and is sure to make an excellent show. This show in St. Pete is the first show on the tour and is set to be a fun one with a blend of pop, jazz, hip-hop and beachside reggae. With both founding members Forrest Frank and Colin Padalecki on vocals and guitar it will be a show that lacks nothing. Having previously worked with Elton John on the song “Learn to Fly” and taking the nation by storm with their performance on Late Night with Seth Meyers, they are a band that has just begun to leave their mark. With over 10 million monthly listeners on Spotify alone this is not a show that you will want to miss. You can catch the top notch duo performing this Wednesday at Jannus Live, Thursday at House of Blues in Orlando, and in Fort Lauderdale on Friday at Revolution Live. While you are at the show make sure to check out their merch table and pick up one of their limited edition Pacifico shirts or an album. This is not a show that your or anyone else is going to want to miss.