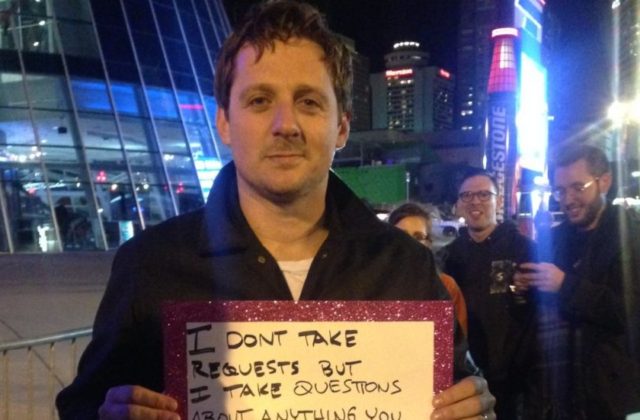 I can’t stop laughing at this! Sturgill Simpson gets serious but this whole thing is just a hilarious, brilliant action. Entertainment at it’s finest. Sturgill Simpson wasn’t invited to the Country Music Awards (where Jason Isbell was nominated for Album Of The Year.)

“I heard they were celebrating country music tonight, so I thought I’d come down here and play some.” 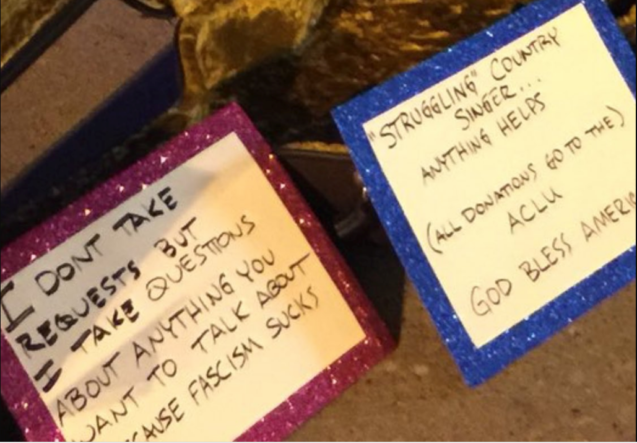 Q: “Has it been tough navigating through all the country music fans here?”

A: “So far I haven’t been recognized once! It’s pretty cool.”

Q: “Are you a CIA spy and how many people have you killed?”

A: “If I was, the best cover ever would be posing as a Country Music Singer telling people I’m a CIA spy.

I kill it every time I walk onstage (everyone in the room dies).” hahaha!!

Q: Are you still only making five albums?

“Yes. I’m only making five albums. And they all do serve a cohesive narrative of the life journey of a human soul from a traditional western perspective.”

At Okeechobee 2017, Sturgill Simpson says about ten minutes into his set on , “I just found out my granddaddy is in the hospital and I don’t know how he’s doin. So we’re gonna get through this.” There’s a young girl who sat down on the ground a few minutes after he says this. I bit my tongue instead of saying, “Honey, you better get up. Country boys know two emotions. And you’re about to experience anger from that man onstage. You don’t want to miss this.” Instead, I just fought a losing battle to the tears coming out of my face. His grandfather died on Wednesday, March 15, 2017.

Q: “Are you ever gonna do another sit-down with Joe Rogan?”

“Yes. He’s got that mad scientist Cali weed. And it just put me down, man. One, by the time we got to the podcast, I couldn’t formulate sentences and there was nothing left to talk about. We learned our lesson.”

A: “It’s completely pointless to even try to describe it in words.”

“THE WORLD WOULD BE A BETTER PLACE IF DONALD TRUMP WOULD JUST SMOKE SOME DMT.”

Watch the full video below, including live performances from Sturgill Simpson of “Turtles All the Way Down” and “Water in a Well.”