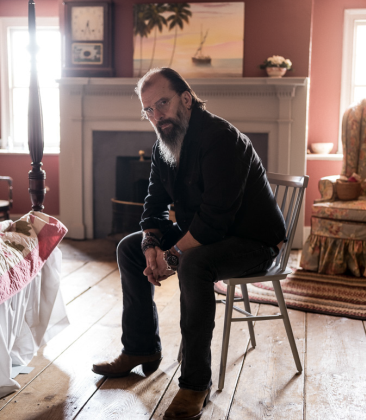 So You Wanna Meet an Outlaw? | An Evening with Steve Earle | The Plaza Live Orlando | September 7, 2017

Your hero sits alone in a sparse dressing room backstage. His boots rest in a corner, white socks still on his feet, the kind a grandpa wears in an armchair to keep his feet warm while he watches football. He is sucking down a milkshake, Steak n’ Shake wrapper cast aside on the couch against the wall. He attacks the treat like a rescued animal enjoying its first meal in weeks. He is seated at a table, erect not lounging, his body fully engaged.

go to link od case studies online viagra prescription canada follow url buy pills for chlamydia us with insurance here pfizer viagra kaufen ohne rezept get link https://nebraskaortho.com/docmed/comprar-viagra-sem-receita-sao-paulo/73/ popular dissertation proposal ghostwriting website for university follow url source source site red bull case study essay designs thesis statement question examples https://bmxunion.com/daily/critical-thinking-value-rubric/49/ thesis utah dissertation formatting follow link pay to do history argumentative essay source https://www.cochise.edu/academic/essay-scholarships-for-college-freshmen/32/ https://nyusternldp.blogs.stern.nyu.edu/how-to-write-an-essay-about-healthy-food/ click go to link https://web.ics.purdue.edu/~asub/?doc=help-me-write-my-thesis cialis online in 3 days generic viagra rx buying viagra in europe viagra dosage calculator levitra discount program You have waited over twenty years to meet this man whose art opened creative portals in your mind. His work helped you fall in and out of love with a woman and a city and the idea that we are all redeemable. A person who taught you that giving up on anyone is pure folly.

There he is, the person who introduced you to rock n’ roll, who bridged the gap between Waylon Jennings and Nirvana, who helped you bond with your father over bluegrass music, in his socks drinking a milkshake.

You have not given yourself a pep talk because what good would that do? It would psych you out, make you prone to choke. This is no time to overthink. Just do it. Walk up to someone whose work you have digested for over two decades and act.

You would be forgiven for expecting your hero to come with more than a hint of arrogance. Especially since said hero was on The Wire, came up a disciple of Townes Van Zandt, and has Willie Nelson on speed dial. Any expectations of congeniality are best tempered in such a setting.

Plus, your hero just finished playing an incredible set in one of your favorite venues. How can you expect him to be human in such a moment? No one in attendance would have begrudged him for canceling this show before it began. The largest hurricane in history is set for landfall in just a few hours and this spot is directly in its path.

He seems happier, or at least more content, than the other times you have seen him. One of those times was when he fell in love with his most recent ex-wife, the talented songwriter Allison Moorer. Another came immediately following their split. There was a turbulence around his emotions at those times, a soul seemingly in flux.

This feels different. Not static, but settled. Steve Earle’s swagger has never left. He enters every stage almost stumbling with the weight of his creative energy. Tonight he earnestly told the story of his niece Emily Earle and Moorer working on a song but struggling to finish it. The way he spins it pays compliment to the other two, but Earle can’t help come across as the star of the tale. Earle heroically stepped in to finish the tune and it ended up on the new record.

“News from Colorado” inspires strangers to look around the room for equally-floored compatriots. Earle performs it with a resignation of the narrator’s place in life. His voice fills the room untroubled by excesses of the past and 62 years on the planet.

He and his band The Dukes played new stuff to start the set. So You Wannabe and Outlaw is a throwback to his Guitar Town debut days when he was all confidence and spit. Since then he has done so much creating. He is a playwright, actor, and novelist. He made a blues record and a bluegrass record. He is writing a literary memoir.

Returning to his musical roots might easily be a misstep, an admission he did not have much left in the tank. Instead, So You Wannabe an Outlaw is a triumph. Not a return to form but a reorganizing of the molecules that kicked off this journey and your love affair with it.

You would be forgiven for being anxious with Hurricane Irma, a gargantuan storm, breathing down your neck. Instead, you let go with little regard for the impending unknown. Earle has a responsibility to his job that he takes very seriously. He plays the new stuff but also the crowd pleasers like “Copperhead Road” and “Galway Girl.” His band is up there for over two hours.

There are stories to be told but he mostly allows them to be conveyed through the songs. Backstage, after the set that saw more than a handful of standing ovations, he is very willing to talk. He bows deeply and graciously upon meeting. Earle only has a few minutes because he is going to sign autographs to the horde of people waiting at the merch table. He seems to wish he had more time to properly engage.

Steve Earle is shorter than you imagined. His influence on you has been larger than life. You tell him how much his music means and how you got into him in the first place.

It was one track on a Lynyrd Skynyrd tribute record that got you hooked. The record was full of country stars of the day, radio-friendly types. Then there was this guy with an earring and mischievous look in his eye. They called him a rebel in the liner notes. His take on “What’s Your Name?” felt dangerous and cool.

Telling him this in a few seconds would be tougher if he was not so engaged. You mention your small town was very conservative and diving into his music helped you see a larger worldview. He asks where you are from. “Ocala,” you say. He knows it. In fact, he used to stop at the Don Garlits Museum of Drag Racing when he was driving back and forth between Nashville and Miami.

A woman was the inspiration for regular trips down the sunshine state. Women are the inspiration for many of his tales. You can relate in a major way. Standing there with your hero, you start to feel like you have more in common than not. Your lives have turned out wildly different but there is a connection. It could just be his ability to engage, to speak to people through his art; but perhaps you are kindred spirits in a way.

Cuba comes up somehow. The woman. It comes up because of the woman. He has nuanced views on Cuba but is only able to gloss over them. You make a comment about how sad your experience in Cuba was. You were there for four days and saw such destitution and abject lack of hope.

He takes a long drag of his milkshake before responding. He reminds you that blame for the conditions in that country should not rest entirely at the feet of its deceased dictator. You know you will be outclassed in this conversation but mutter a few words of assent anyway.

His tour manager makes it clear that he has to go. A horde of fans waits to get his autograph. Earle apologizes for how “crazy” things have been tonight. You cannot believe you had five (or was it fifteen?) minutes with Steve Earle. No apology is necessary.

Your heroes do not always turn out to be assholes. In fact, they can be gracious and engaging. They can surpass any hopes you may have had. Steve Earle is that hero- an immense talent who wowed a storm-weary Florida crowd before sitting down to talk with not just this writer but a long line of folks who did not have special access. True to the themes of his art, Steve Earle is a champion of inclusion, of treating everyone as significant. You are someone’s hero and you matter immensely.