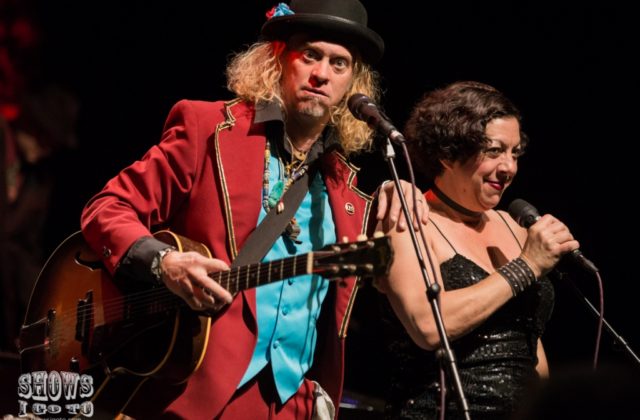 What an amazing difference 20 short years can make.

Perhaps that’s putting things too lightly. But seeing Squirrel Nut Zippers play at The Ritz Theatre in Jacksonville two decades after their bestselling Hot was released, it was cause for serious celebration. It was a time to play instruments with absolute reckless abandon. It was being plugged into some unknown energy source and risking outright explosion, come what may. 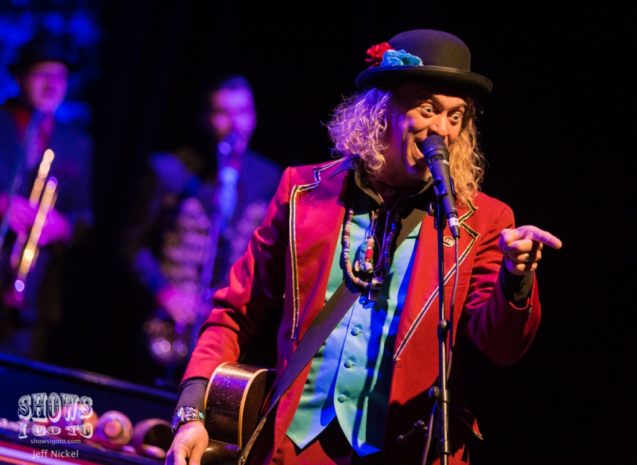 They looked a little different than they do in my memories, but I suppose I could say the same thing for myself and all others standing around me.

What mattered — what always has and should — was the music they were offering their fans. What mattered, too, was that nine-piece band playing and dancing and writhing all over that big historic stage like their very lives depended on how fast and loud and well they played.

And another thing, too: If the word joy had a very annoying asterisk next to it in the dictionary (the big heavy ones some of us used to rely on in school), perhaps an artist’s rendering of this very band would appear. Let’s not rule that probability out.

“This is not a revival,” Squirrel Nut Zippers lead singer and founder Jimbo Mathus repeated more than once. “This is a resurgence.”

That’s promising. When Hot was released, there were others doing similar things, a short-lived scene that spawned bands like Big Bad Voodoo Daddy and Royal Crown Revue and Cherry Poppin’ Daddies. But for whatever pie-in-the-sky reason there is, this band felt different than all the others to me. This is the only one that would feel right playing in a speakeasy or behind closed doors in the prohibition era. Why else plant a Billie Holiday soundalike front and center, am I right? 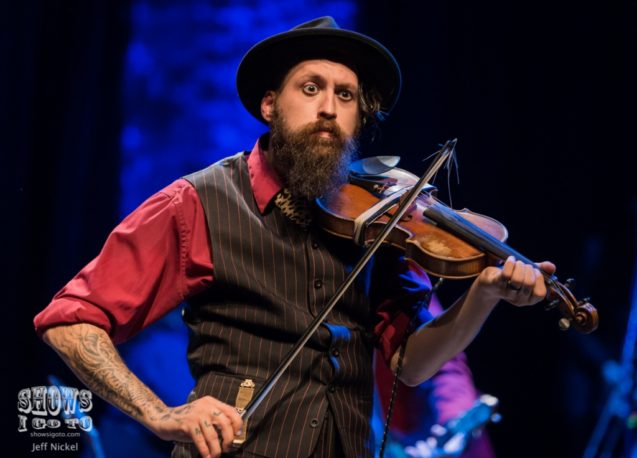 Whatever took place between the then and this now makes all the Zippers are doing sound as good or better than it ever did. They were part of a scene. They have thankfully made it past that. They’re more comfortable in their own skin now. Their freak flag is raised and proudly waving. And we, the live music lovers, we’re the benefactors of this coming of age.

If there was a song they didn’t play last Wednesday, I can’t rightly say which it was. “Bad Businessman” bled straight into “Hell.” “Blue Angel,” “Put a Lid on It” and “Prince Nez” all showed up. They even handed out an encore, jumped off the stage and led us to the merch table for one last shot of song-and-dance before they hocked their wares and signed them. It was a scene straight out of a Mardi Gras street parade.

We left with autographed vinyl and smiles and new memories. If this is in fact a resurgence, bring on the new wave of old sounds. We’re clamoring for the past while cheering on the Zippers’ future. We’ll gladly trade money and enthusiasm for your creativity and concerts. Let’s hang out in this time machine for a little bit of forever, shall we? Forget the resurgence, actually. Consider this a rebirth. 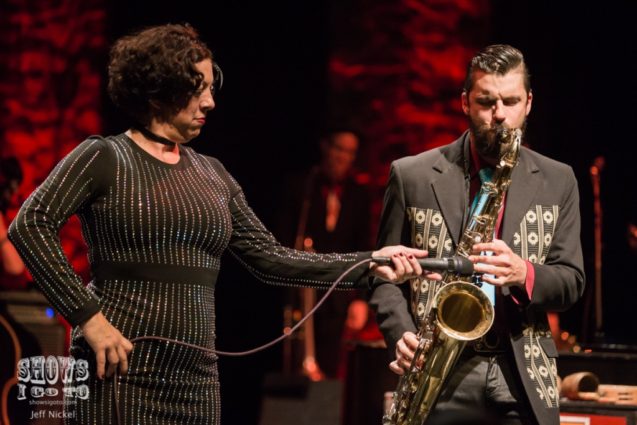 It’s worth noting that local openers Junco Royals could have held their own all night long if asked to. More than a few chatty sorts led me to believe that before I ever saw them and they were right. More bands ought to feature tuba and clarinet. That may sound like a joke, but it’s not.

One last note: if you have to drive more than a couple hours to see a band you hold dear, by all means do it. Do it now. Do it tomorrow. Do it whenever that strong notion strikes. I can’t properly say how many times I played Hot back in those mid-90s, but the CD case is a well-loved one. Look at it through squinted eyes and you can pick up on its well-intentioned bruises. It holds up. It holds up and then some. Their new vinyl version of said album (shameless plug) is even better. Make it yours. Make it yours and dance like your bones are made of rubber. It’s a real fine way to feel even more alive than you already are.