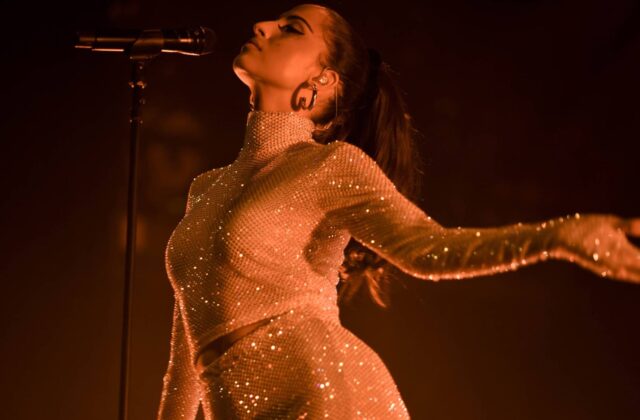 R&B/Soul music takes on many different faces and sounds, not one like the previous. Many artists in that genre grow off each other, but nothing they do is the same as an artist previously. Snoh Aalegra is unlike any R&B artist that came before; unlike anything that the industry had ever seen. The Swedish singer has a poetic soulful voice that renders the listener caught in a trance of the sure beauty of the music she creates. On April 5, 2022, Snoh Aalegra will be performing in Tampa Bay (St. Pete) at Jannus Live (TICKETS HERE). A show that no one will want to miss as she will be bringing her timeless voice to Florida and is most likely going to be the show of the year. Ama Lou (London, UK) will be her guest providing opening support. Snoh Aalegra started her music career in the early 2000s under the mononym ‘Sheri’; it was not until 2014 that she changed her name to Snoh Aalegra and later releasing her EP, There Will Be Sunshine. Her first album, Don’t Explain, followed in 2016 revolutionizing what R&B and soul music could sound like, creating a cinematic seascape of bliss filled with a hint of pop and orchestral strings that bring the album to a whole. It was this album that created an image that fit so well with Aalegra, the future of R&B.

In 2017 she released her second album, Feels, and followed up that album with its sequel, – Ugh, those feels again, coming in 2019. With these two albums she inked her name into R&B and made her someone not to be reckoned with. These two albums together were a masterclass in creative fortitude, blending her soulful electricity with a touch of pop and bringing in hip-hop stars. On Feels she brought Logic, Vic Mensa and Vince Staples and on, – Ugh, those feels again, she took it alone and created one of the best albums of the year.

In July of 2021, Aalegra released her fourth album, TEMPORARY HIGHS IN THE VIOLET SKIES. Featuring Tyler, The Creator, Aalegra took the most powerful parts of her prior albums and created a work of art. A masterpiece of music that set her apart from any other R&B artist now and prior.