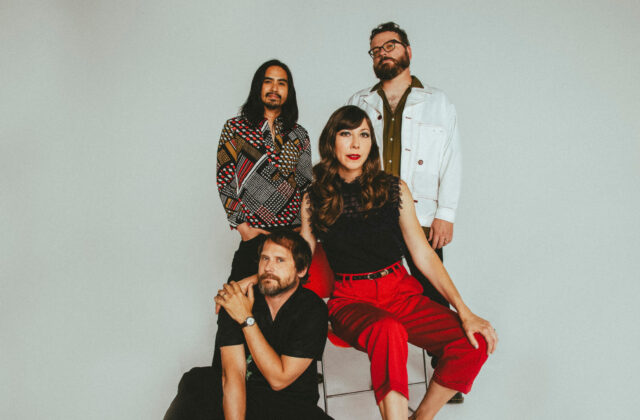 Orlando! One of the coolest indie rock bands of the last decade are coming to town! Silversun Pickups are taking the stage at the House of Blues in Orlando Monday November 14th (GET TICKETS HERE!). They are jamming out new tunes off their new album (released in August ‘22) Physical Thrills as well as many of their older hits, and joining them are up-and-coming Aussie alt-rockers Eliza & The Delusionals. Check below to win some tickets through Shows I Go To! Silversun Pickups are one of those that started strong and continues to excel, to the tune of 6 studio albums and a critically acclaimed EP. One of the key distinctions that sets this band apart is having a steady lineup that has provided years of consistency and a true desire to embrace change in their music. This led to a breakthrough into the mainstream for them during the mid-00’s, including television shows, commercials, and video games, with multiple tracks being used for the Rock Band virtual music series!

I was able to catch Silversun Pickups live once and, whoo boy, let me tell you what a fantastic time I had! On top of accentuating all the best parts of their recorded material, they were able to freely express all the manic energy that is carried across in their more high powered songs, like the crazy drumming from their 2009 hit, “Panic Switch:”

But they also have the more shoe-gaze-esque stuff of their earlier albums, like one of my faves, “Well Thought out Twinkles” off of their first album Carnavas:

But for me, it’s always going to be build to and explosion of sound that is “The Royal We,” also from 2009’s seminal album Swoon:

So if you’re pining for a show to really get your energy going, get your feet off the ground, and leave feeling better than you did going in, Silversun Pickups is the concert for you! This crew of Los Angeleians will have the House of Blues Orlando going crazy all throughout the building on November 14th! Enter below and then get your friends a ticket as well! We’ll see you at the show! GET TICKETS HERE!

We’ve teamed up with Live Nation FL to give you a chance to WIN (2) TICKETS to see SILVERSUN PICKUPS at House of Blues Orlando on Nov 14, 2022!