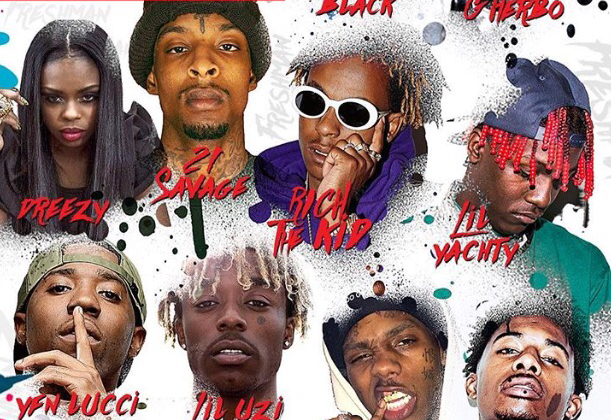 Superhero movie announcements. New album releases. New artist faces and voices. Hip Hop had a pretty damn interesting week yet again. We decided to look at these stories as the biggest of the last seven days.

Included on this years’ list are artists like Desiigner, G Herbo, Anderson .Paak and Denzel Curry. Many fans question the credibility of the annual list. But one thing is certain: the list still gets people talking about, debating and deciphering the state of Hip Hop year after year.

TUPAC BIOPIC ALL EYEZ ON ME RELEASED ON TUPAC’S BIRTHDAY

Straight Outta Compton was last years’ breakout hit. Now, on what would have been Tupac’s 45th birthday, the trailer for his biographical movie, All Eyez On Me, was dropped. The limited but intriguing footage makes for what could be a promising Hip Hop history flick.

YG dropped his album two days early this week in a surprise move. Featuring Drake and Lil Wayne among others, Still Brazy has thus far been critically acclaimed across the Hip Hop critic spectrum. Fun fact: the FBI apparently decided it best to look over the track list in light of YG releasing the song “FDT (F*** Donald Trump). The album can be streamed right now.

Yeezy’s latest tour, sponsored by Live Nation, will kick off on August 25 in Indianapolis and also hit 40 cities including Detroit, New York and Toronto. And even with his album The Life Of Pablo being as polarizing as it is, Kanye will likely still bring out the crowds and continue his stadium status run of live shows.

DeadendHipHop is one of the most respected brands when it comes to Hip Hop album reviews and other news. This week, the guys each touched on their Top five albums of the year thus far. Lots of interesting choices, and snubs. Have a look see.

He’s already voiced the Miles Morales on the Spiderman animated series. Now word is that Donald Glover has a role in Spiderman: Homecoming as part of the Marvel Cinematic Universe. Word is there are a number of roles he could play in the movie. Superhero movies just for much more interesting.