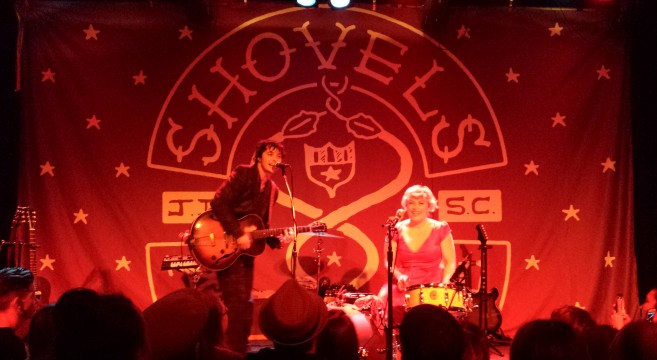 It only seems appropriate I talk about sex with this show being on Valentines Day. Although Valentines Day is quite a bullshit holiday, it often brings a heightened chance of you making sex with another person that evening. If your partner is the adventurous type you could even introduce toys from this kinky and eco-friendly shop to make your Valentines Day a little more exciting . It seems the odds were in my favor this evening. We’ll get to that in a minute.

“Want to play my mouth trumpet later?” – random girl from the audience to the opening artist Shakey Graves who was fucking awesome. Alejandro Rose-Garcia, aka Shakey Graves, is a handsome one man band, singer, songwriter from Texas who pours his soul out through his fingers, toes, lungs, and tongue each night. Yes, he plays mouth trumpet too and he was encouraging others to join in before that girl made that appropriate sexual comment.

Shakey Graves is making some incredibly rad music. When I say one man band, he’s not just a typical 4-to-the-floor bass drum stomper while playing guitar. He actually plays syncopated beats! Off beats with the bass drum, double taps on the tambourine, build ups, tempo changes, accents! Both his bass drum and tambourine are built into an old school suitcase he carries around. Yeah, it’s badass. Oh, and he plays with his heels, not his toes. Just check out the video for Roll The Bones by Shakey Graves below:

Shovels and Rope is a beautiful husband and wife folk duo from Charleston, South Carolina. What a fucking treat to see them perform and share their love in Orlando on Valentines Day. It was the perfect place to be on a date. They both play guitar, they both play drums, they both sing, they’re both incredible. Their twang, upbeats, and tongue in cheek lyrics make for a super fun, feel good time. Here’s a shitty pic: 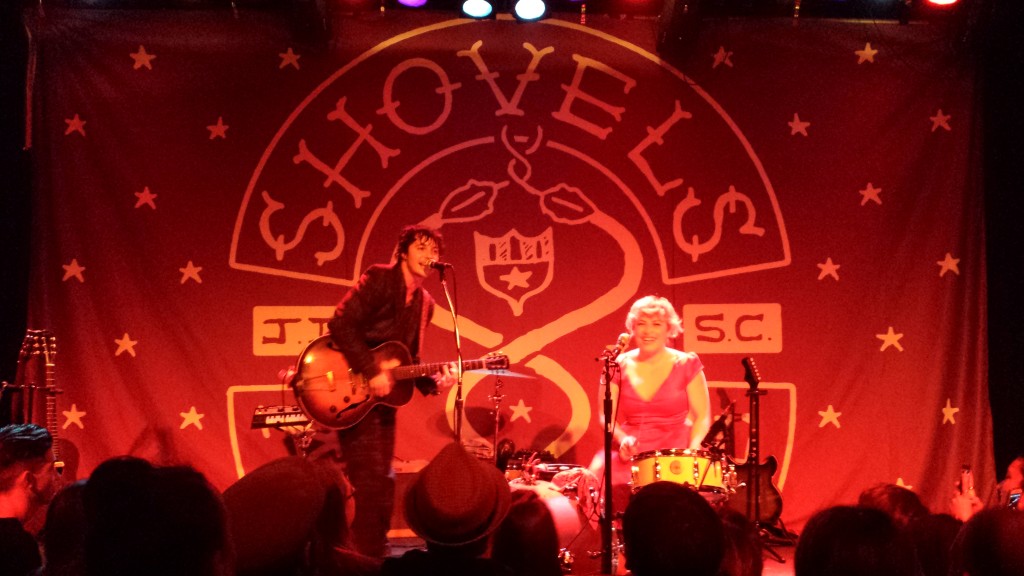 Shovels and Rope sounds like a couple ingredients you need to spell redrum backwards. However, the only thing they are murdering here is the ever-growing folk rock scene (in a good way). They belt out beautiful, heartfelt lyrics about desire, personal struggles, drinking whiskey, and living in the South. Watching these two love birds perform was truly a pleasure. The way they played off of each other’s energy with warm smiles and gut-busting laughs made for such a nice time; it felt so good. If you’re ever looking for a good time, to get laid, or to take someone on a cool date, I highly recommend going to a Shovels and Rope show. Here’s the video of their performance of “Gasoline” at Austin City Limits last year:

After the sexy Shovels and Rope show, we consumed a bit more wine, walked home, and blacked out. No, not really, that would make for a boring story. After the show, we went to an awesome bar downtown called The Courtesy. Where we drank a couple Moscow Mules made with Sailor Jerry’s rum, served in some badass Tin Cups. It took all that we had to not take one of these bad boys home. Check it: 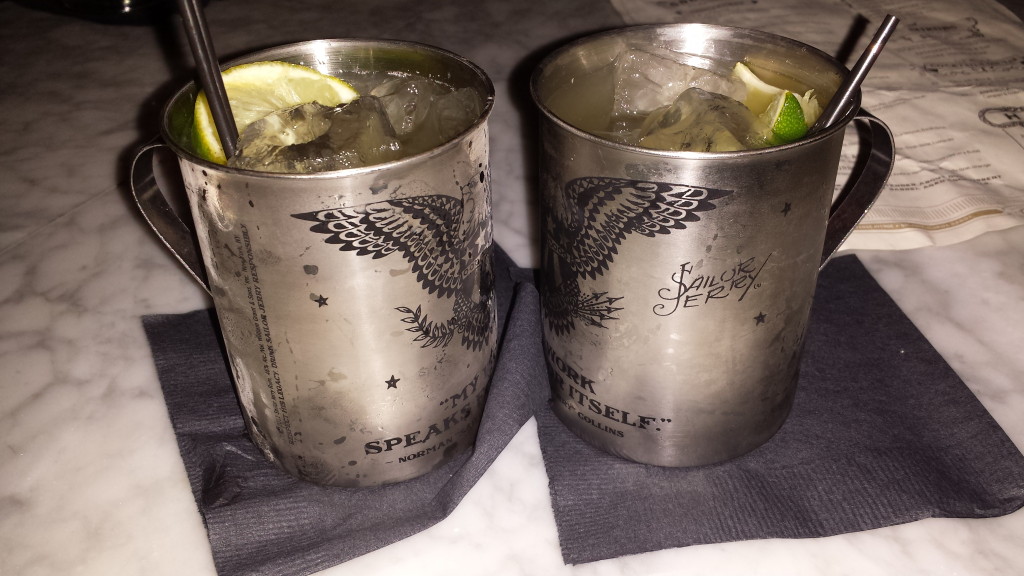 After The Courtesy, we went home for the sex part. One of the things that will also greatly increase your chance of intercourse is purchasing things for your significant other that he or she would like. Now, it could be something from a place like Femplay, or it could be something a little more sweet. My girlfriend is lactose intolerant so I thought it would be a good idea to purchase a prototypical heart shaped box of chocolates, open them, eat them, and replace them with non dairy, vegan chocolates. My second idea (you gotta get creative) was to leave one space open in the middle of the box. This space was filled with the finest green I could find. Have a look for yourself: 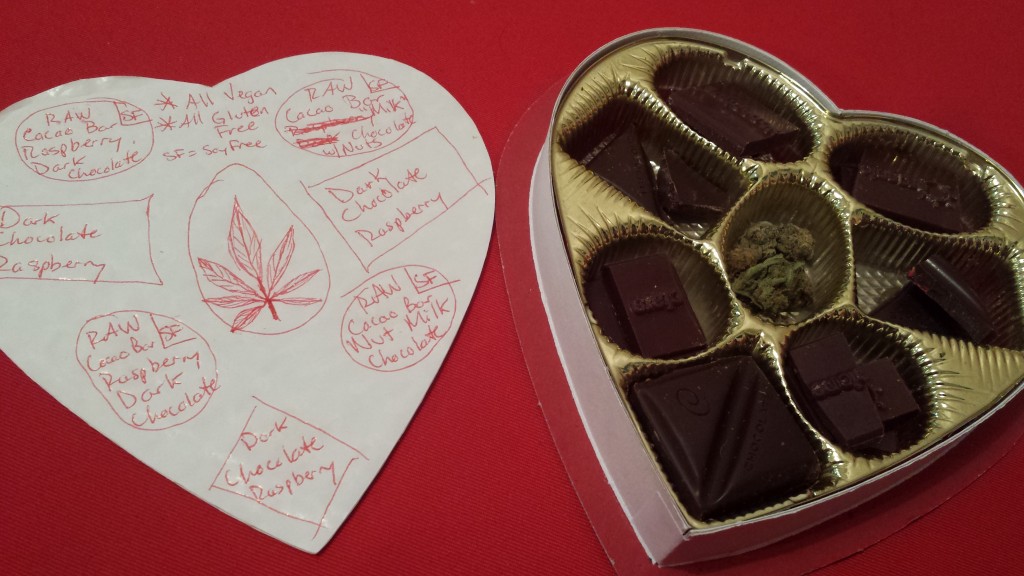 She also went above and beyond for Valentines Day – let’s just say she spent some time in the lingerie store earlier that week. Meaning, she actually premeditated sex with me! The nerve of women these days! They just come on over, in their sexy little lingerie, say a couple magic spells, and have their way. Which I’m all completely Ok with. It was straight up like a genre i’d look for when checking reviews on x3guide for spicy websites, shall we say? Either way, it was fucking awesome. I hope your Valentines Day was awesome too.