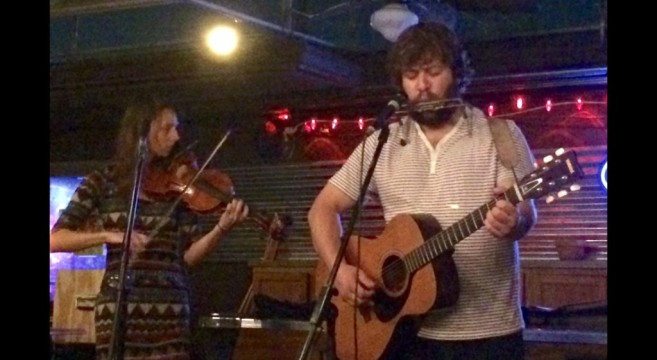 Sex, Music, and Sports– three topics about which ambivalence seems nearly impossible to me. Reasonable folks can differ about the enjoyment of travel. Child-rearing may not be for everyone. Hell, I even see why some folks eschew exercise. But sex? Music? Sports? I have a hard time getting my head around why those three don’t move everyone just a little.

Usually, the three coexist peacefully while jockeying for attention, with sex almost always trumping the other two because of its vaunted place in our hierarchy of needs. Also, when it comes to such sensual matters, any London escort will be able to tell you that sex is always going to be the winner out of those three. You need only to look at the number of sites and apps advertising free local hookups and such, sex is definitely a key part in the social life on a wide scale. That leaves sports and music to battle for our affection. Interestingly, two things that all too often are considered mutually exclusive to fans of the other. But each is performance and passion and the constant human need to improve ourselves. Sports can be full of strategy one minute and magic the next. Music can be perfectly well planned only for the power to go out and a band left to improvise. They are both structured and spontaneous.

Growing up I could never have imagined that one day I would be faced with the choice of whether to watch a live show or the Super Bowl. Sports reigned supreme in my mind until sex entered the picture and brought music in the tail of its all-powerful comet. That all changed this year as I inadvertently suggested that my girlfriend and I go see Jacksonville-based This Frontier Needs Heroes— artists that I should be able to see once a month, but had theretofore slipped through the cracks of my schedule. When the show was first suggested, I did not realize that it was the same day as the Super Bowl. But the thought of missing the Super Bowl for the first time in probably twenty five years did not phase me on this night.

Music seems to have the upper hand over sports in my life for the minute. And I am incredibly thankful that it does. This Frontier Needs Heroes is songwriter and guitarist Brad Lauretti and his violin-playing girlfriend Sadie, with cameos from their charming puppy, Rosie. When we got to St. Matthews Tavern on Mills Avenue in Orlando, the three of them were sitting in the kind of tiki area out back accompanied only by the sound guy for the venue, and I had to assume that we missed the show. Turns out we were the only ones there to see This Frontier Needs Heroes as the rest of America decided to watch one of the great games in NFL history. Shame for the masses. What we witnessed was every bit as moving as a last second interception or a great second half comeback.

Brad’s first lyric, delivered in his soothing, atmospheric vocals was “How do I get this hatred outta my heart?” That’s how he greeted Us — capitalized not to exalt our names on high, but to underscore how intimate this show turned out to be — with a gut punch of a lyric that we can all relate to whether we are willing to confess it or not. His confession was public and affecting. It felt like a conversation between the four of us— a fact that Brad offered unsolicited when I saw them play in Jacksonville three days later. The kind of conversation that makes a huge sports fan forsake the Super Bowl and look back with contentment at his decision.

The challenge in writing a piece about such a mensch of a band is that you can’t do justice to the experience. Sadie’s vocals and violin are gorgeous. Brad’s lyrics are smart, beautiful, heartfelt and expertly constructed. His vocals evoke many of your favorites while maintaining their uniqueness. The chemistry and authenticity between the two and their audience is the kind that you can’t force. There is no way to focus on one aspect of the experience because they are just so damn good holistically.

The song “You Humble Me” left me mesmerized about midway through the set and I mentioned that I wish I had written those lyrics for the love of my life. Sadie had a quick comeback about who it was actually written for and Brad responded with a well-played response of his own. We were all in this together. Moved to dance at times, sit and ponder our existence at others. An exchange of energy between four lovers of music.

Sex still trumps the other two members of the triad, but music won the passive battle for my attention on Super Bowl Sunday– really great music played by folks who value their craft. It was a private performance that should have been attended by a capacity crowd. An intimate conversation that was simultaneously visceral and the intellectual — like sex and sports and music should be.