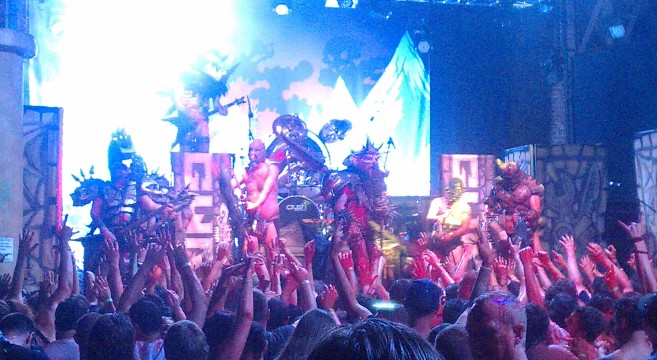 Have you ever woken up thinking “What the fuck even happen last night?!” I did. Today.

This was my night:

A went over to a nice young ladies house before the show. She fed me a delicious dinner while we began to watch Game Of Thrones. The highlight was definitely dessert. Desert consisted of kitchen sex. One of her legs on my shoulder while the other remained on the ground. Yeah, she does yoga. Kitchen sex is pretty fucking rad.

After the sixty seconds it took me to finish that. I walked down to the Beacham. I arrived just as the lights dimmed and the Scumdogs took the stage. 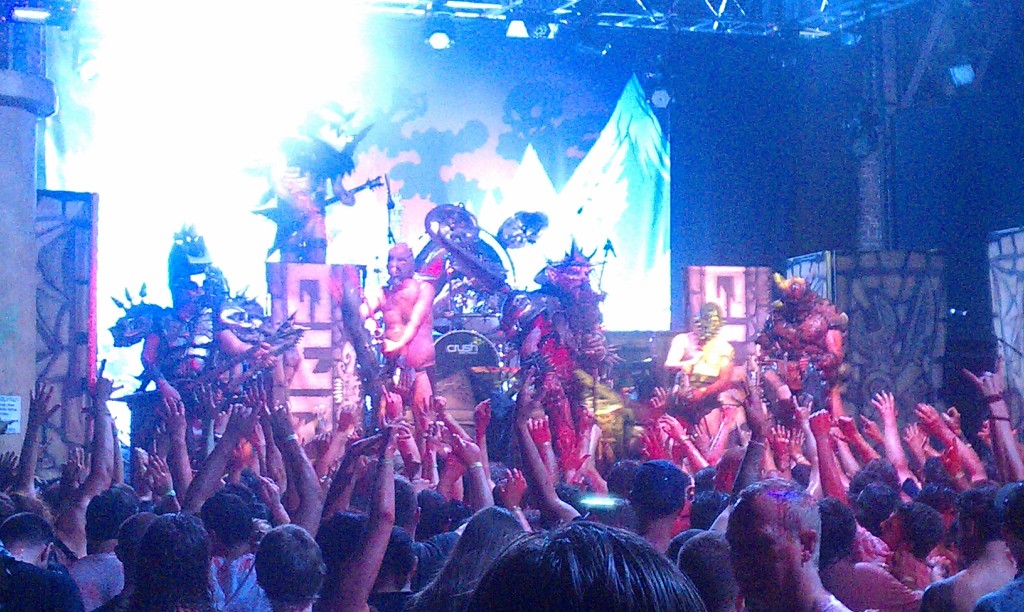 They came on stage in their full costume attire. They all wear crazy sci-fi inspired masks, have body armor, lots of spikes, and the lead singer wears some sort of thong type underwear to show off his wrinkly ass. Their first move: Decapitation. Blood sprayed EVERYWHERE.

There was blood on the disco ball.

They decapitated/murdered: Hitler, Obama, Jesus, some giant, some other religious representative, their minions, and well… I lost track. There was just a lot of fucking blood. Here’s a shitty pic of them decapitating the giant: 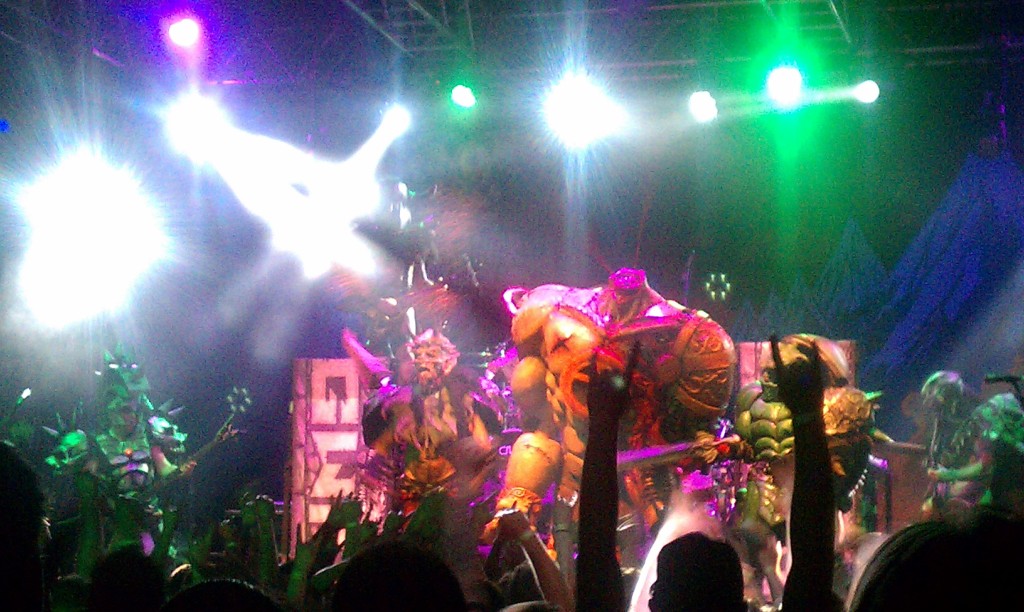 Ok. GWAR has been playing music since right before I was born. So chances are, you should have had an opportunity to see them live by now. I hadn’t. Holy fuck. I was missing out.

One of my friends that I’ve known since middle school was there. I didn’t see him until about 3/4 of the way through the show. He came up to me, dazed, covered in blood, complaining “I lost both my shoes.” He probably woke up the next morning thinking the same thing I did.

A lot of people don’t focus on GWARs music when trying to explain one of their shows. It’s really easy to focus on the theatrics of the show rather than the performance. But these dudes are some pretty serious metal heads! I think the highlight of the night was when the war beasts covered “Carry on my wayward son” by Kansas! I guess they are from the 80s so this probably seemed appropriate to them. Nonetheless, it was fucking hilarious! Here’s an actual studio performance of the song! GWAR – Carry On My Wayward Son Video

After the show, I suggested food: Best tacos in town: Gringos Locos. I could not have had a more perfect end to my night. Amazing sex. A crazy ass performance. And now, orgasmic tacos. I always get the “Double D’s.” Chicken. No pico. Add jalapenos. Fuck yeah.

So what do you think? Not bad for a Wednesday night right?

If you ever get a chance to see GWAR. DO IT. Wear a white T shirt. Participate. If you’re not into getting sprayed on – then at least go and watch. It’s quite the spectacle.